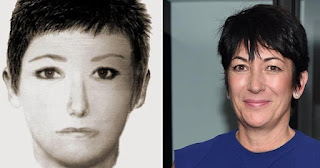 Unknown commented -
Despite widespread reporting of the Maxwell trial the MSM failed to report on the MEGA espionage / blackmail network...
According to Victor Ostrovsky, a former Mossad case officer: Mossad was financing many of its operations in Europe from money stolen from Maxwell’s newspaper pension fund. They got their hands on the funds almost as soon as Maxwell made the purchase of the Mirror Newspaper Group with money lent to him by Mossad.
https://www.veteranstoday.com/2021/12/30/mega-group-maxwells-and-mossad-the-spy-story-at-the-heart-of-the-jeffrey-epstein-scandal/ 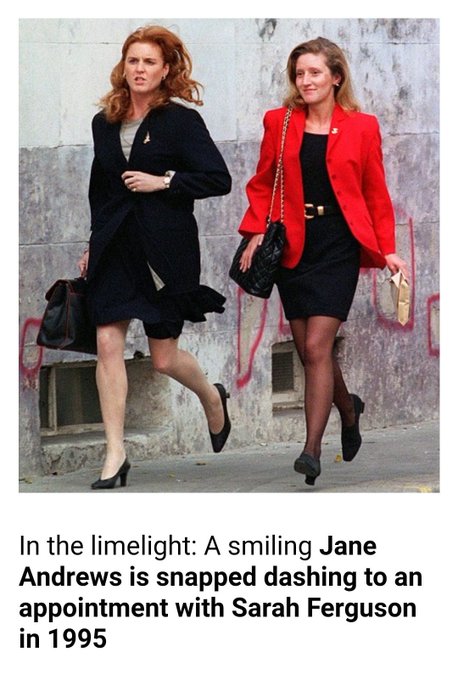 Dame Alun Roberts@ciabaudo
·18 Nov
TED VERITY, Daily Mail editor, was in a relationship with Jane Andrews, convicted murderer of her boyfriend, dresser to Sarah Ferguson and friend of Randy Andy. Just the man to expose Epstein and his pimp Ghislaine Maxwell. Adolf Hitler and Emil Maurice together in 1924. There is a belief that Mein Kampf was written by Hitler's Jewish lover Emil Maurice.
Weimar Germany to Weimar UK: the Britain we once knew no longer exists 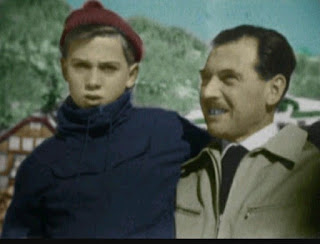 Rolf Mengele and Josef Mengele. There is a belief that Josef Mengele, the Nazi, was Jewish. According to Marc Berkowitz, a survivor of Auschwitz, Josef Mengele had a certain love for the Jewish people, was very knowledgeable about Judaism and even spoke Yiddish.
Unknown commented on "THE BEATLES AND OTHER MIND CONTROLLED KIDS"

But the Germans in Lola's prison were slapped and whipped. And I'm so sorry to have to say it, but they were also tortured.
The boy scout: the guards poured gasoline on his curly black hair and set it on fire. The boy went insane.
The men: they were beaten with a Totschläger, a "beater-to-death." It's a long steel spring with a big lead ball at the end. You use it like a racketball racket. Your arm, your wrist, the spring: they deliver a triple hit to a German's face.
Lola didn't tell me, but the Germans in her prison were dying. I found their death certificates in Gleiwitz city hall. One of Lola's guards told me, "Yeah, the Germans would die." He told me, "I'd put the bodies in a horse-drawn cart. I'd cover them with potato peels so no one would see. I'd ride to the outskirts and, after I threw the potato peels out, I'd take the Germans to the Catholic cemetery. To the mass grave."
www.ihr.org/jhr/v20/v20n1p-9_Sack.html
Latvia: Year of Horror, 1940 – The Year Assimilated Jews Turned on Their Neighbours.
www.chuckmaultsby.net/id299.html

Erik Hanussen
Erik Hanussen, born Hermann Steinschneider, was a Jewish occultist. 'He instructed Adolf Hitler in performance and the achievement of dramatic effect.' He enjoyed the company of Germany's  elite, becoming close with members of Ernst Rohm's Brownshirts (SA). 'He was a supporter of the Nazis despite his Jewish ancestry, which was an open secret.'
Unknown commented - on "THE BEATLES AND OTHER MIND CONTROLLED KIDS"
www.heritage-history.com/site/hclass/secret_societies/ebooks/pdf/mullins_order.pdf ..
www.chinhnghia.com/Griffin-DescentIntoSlavery1980.pdf ....
www.jrbooksonline.com/PDF_Books/SecretsOfFedReserve.pdf ..
www.ia601800.us.archive.org/24/items/marschalko-louis-the-world-conquerors/Marschalko%20Louis%20-%20The%20world%20conquerors.pdf...
www.ia801200.us.archive.org/22/items/FryLeslieTheJewsAndTheBritishEmpire_201610/Fry_Leslie_-_The_jews_and_the_British_Empire.pdf ....
www.johnkaminski.info/pages/the_next_chapter/pdf/mullins_curse_of_canaan.pdf ...
www.controversyofzion.info/Controversybook/reeedcontrov.pdf ....
www.archive.org/details/the-nameless-war_20210320 www.archive.org/details/2-ramsay/1+RAMSAY.mp3 ...
www.archive.org/details/greatreddragonor00wool ....
Posted by Anon at 00:13