WHAT THE US VOTERS WANT?


What do Trump supporters believe:

1. Life is worse than it was 50 years ago, for people like them.

2. Ethnic and racial diversity is a bad thing, for Whites.

3. The government's anti-terrorism policies need to be much stricter.

4. Government regulation of business is not necessary.

So let's think back to the 1960's, to a world loved by Trump supporters.

2. On 1 February 1960, four black men sat at a whites-only lunch counter at a Woolworth's in Greensboro, N.C., and were denied service.

3. The Phoenix Programme began. US forces tortured and murdered Vietnamese 'terrorists', who were usually innocent civilians.

He then bombed Cambodia and Laos. The Vietnam War did not end until 1975.

4. In the 1960's, factory jobs began to disappear and the USA moved to an economy dominated by service and white-collar work.

(Robots are likely to be performing 45% of manufacturing tasks by 2025, versus just 10% today, according to a study by Bank of America.) 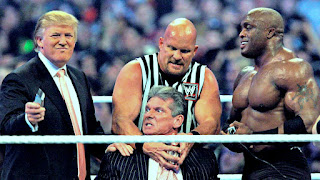 Most voters in the USA want peace and prosperity.

In the 1964 presidential election campaign in the USA, the Republican candidate Barry Goldwater suggested that nuclear weapons should be treated more like conventional weapons and used in Vietnam.

Johnson brought in some useful reforms, but can be judged a failure because, like Goldwater, he took a tough line on Vietnam. 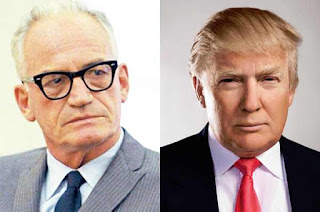 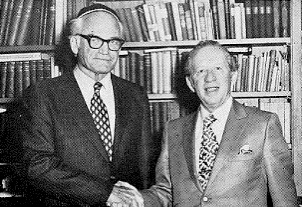 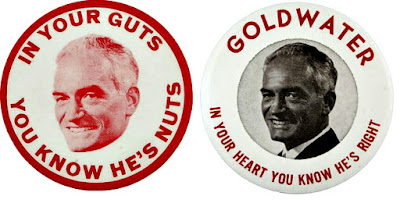 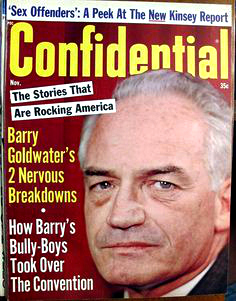