VIOLENCE AND RACISM - TRUMP AND CLINTON

The turnout in the recent election in Russia was 47%.

A lot of Russians wanted to send a signal that they do not like any of the candidates.

Will voters in the USA send a signal that they do not like either Clinton or Trump? 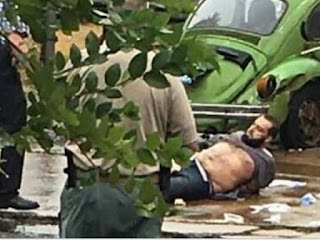 Does violence work for Trump?

...
The USA  has a long history of racism and violence.

Does Racism work for Trump?

At the time of Nixon, it was said that "Race is the dominant issue without any question."

Ronald Reagan in 1980 kicked off his campaign at a site used as a meeting place by the KKK.

In January 1993, Bill Clinton left New Hampshire prior to the primary vote to return to Arkansas to preside over the execution of Rickey Ray Rector, a black man.

Racism and Presidential Elections Since 1964: A Short History. 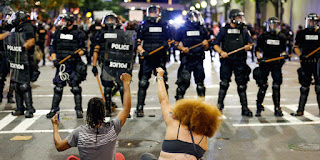 Meanwhile, back at the ranch:

Ex CIA Agent: Every Terrorist Attack In US Was A False Flag Attack .

Here’s How the US, Israel, al-Qaeda and ISIS Work Together in Syria