Ben Carson - Republican candidate for the US presidency.


Benjamin Solomon Carson (above) is a Seventh-day Adventist and believes in the imminent Second Coming (advent) of Jesus Christ.

Ben Carson, a former neurosurgeon from Detroit, is a Republican candidate for the US presidency.

Both his parents came from rural Tennessee.

His mother was aged 13 when she married.

His mother got divorced when she discovered that her husband had another family. 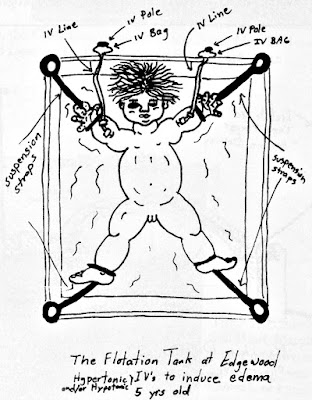 Five year old child being tortured and mind controlled by the US military/CIA.

At high school in Detroit, Ben Carson became involved with the US military.

He 'excelled' in the Junior Reserve Officer Training Corps program sponsored by the US military.

Ben Carson became a surgeon at the Johns Hopkins Hospital in Baltimore, Maryland.

The John Hopkins Hospital is associated with the CIA and mind control.

In 2013, Fox News hired Carson as a contributor.

Ben Carson says that the USA must stand by Israel, 'our bulwark Middle East ally'.

Carson has said that tissue from aborted babies should not be used in medical research.

However, Carson has used such tissue in his own medical research.[59]

Carson is strongly in favour of the Second Amendment which allows Americans to own guns.

Ben Carson has a long history with a Fart Pill sales scheme.

Donald Trump is popular with both the Zionists and the Nazis.

Donald Trump's ex-wife says that Donald used to keep a copy of Hitler's speeches by his bed.

"White nationalists and neo-Nazis ... have decided that Donald Trump is their guy."

"In a September 3 interview ... Trump said he would support unilateral action by Israel against Iran, and called Benjamin Netanyahu 'a friend.'


Donald Trump's daughter Ivanka Trump is of the Jewish religion.

"Trump has lived his life in the heavily Jewish milieu of upper-class Manhattan."

In 2015, Trump was awarded the 'Liberty Award' at the 'Algemeiner Jewish 100 Gala' in honor of his positive contributions to Israel–United States relations.[150] Trump stated: "I have so many friends in Israel."[151]