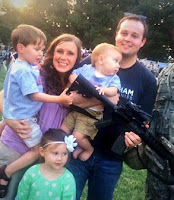 Josh Duggar (above with family) was raised a conservative Christian in Tontitown, in Arkansas.

Duggar has been active in conservative politics, and has associated with Jeb Bush and other top Republicans.

Duggar appeared on the reality TV series 19 Kids and Counting.

The show is about the Duggar family: parents Jim Bob and Michelle Duggar and their 19 children, the oldest of whom is Josh Duggar.

According to a police report, Duggar, when he was 14 and 15 years old, molested five girls, including 4 of his sisters.

The abuse consisted of fondling their breast and genital regions while they were asleep and sometimes while awake without permission, according to the police report 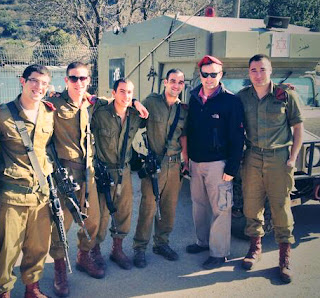 Josh Duggar with the Israeli military.

Reports suggest that Josh may have been sent to a facility in Little Rock, Arkansas, owned by the Institute in Basic Life Principles, a ministry and adolescent training program founded by Bill Gothard, who was a Duggar family friend.[40][46][47] Bill Gothard was later ousted from the Institute in 2014, amid allegations that Gothard had sexually harassed a number of women.

Hutchens did not take any official action but reportedly gave Josh a "stern talk".[40][41][51]

Hutchens was later arrested and convicted on unrelated charges of child pornography and is serving a 56-year prison sentence.[53][54][49] 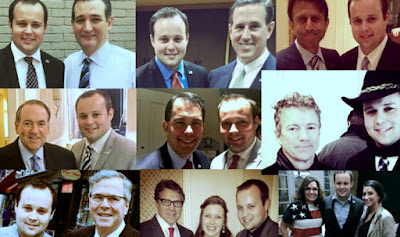 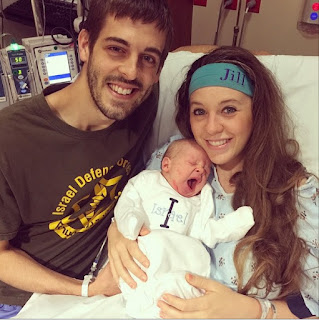 Logistics 101: Where Does ISIS Get Its Guns?