One of the accused.

In June 2015, a court in Norfolk, in the UK, heard that an alleged child abuse ring 'forced children to drink a baby's blood.'

Reportedly, the authorities like to cover-up reports of Satanic Ritual Abuse.

In 2010 the police dropped their original investigation into the abuse. 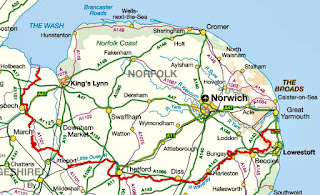 
The abuse is said to have been carried out against two boys and three girls in and around Norwich and London. 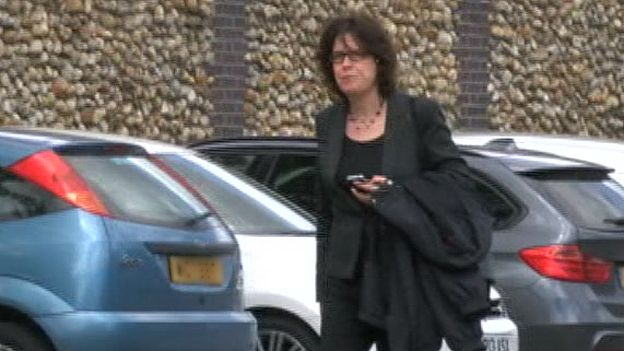 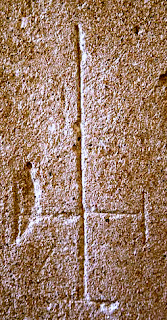 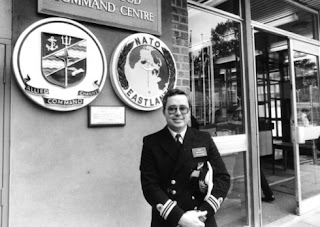 ..
Mike Souter outside the Northwood Command Centre in 1986.

In 2013, it was reported that Michael Souter, a BBC presenter in Norfolk, had been jailed for 22 years for sex attacks on boys.

Michael Souter, of Loddon, Norfolk, was a Venture Scouts leader, a mentor to young people and had been allowed to adopt a child.

The Rev Tony McSweeney was from St George’s Church in Norwich, in Norfolk.

Father McSweeney was accused of sexually abusing boys at the Grafton Close children's home, which supplied boys to the Elm Guest House boy brothel, which has been linked to MI5 and Leon Brittan who was once the cabinet minister responsible for MI5.

In 2015, McSweeney was sentenced to three years in jail.

Alisa Dmitrijeva, who was found dead of the Queen's Sandringham Estate in Norfolk.

The body of teenager Alisa Dmitrijeva was found on the Queen's Sandringham estate on 1 January 2012.

"Queen Mary failed to notice the nanny's abuse of her children."

Neither of John's parents were at Wood Farm when he died 'unexpectedly' in the early hours of 18 January 1919.

Prince Albert Victor was reportedly involved in the Cleveland Street Scandal of 1889.

This scandal involved a 'rentboy' brothel in London's Cleveland Street.

Prince Albert was reported to have died of pneumonia at Sandringham in 1892.

Alternative theories are that: 1. He died of syphilis. 2. He was murdered with a morphine overdose. 3. He survived until the 1920s in an asylum on the Isle of Wight.

Epstein was given permission to land his private jet at an RAF base for the visit.

The flight log of Epstein's Gulfstream showed it landed at RAF Marham on 7 December 2000, before Epstein visited the Queen's Norfolk residence.

Aboard the jet were ET, thought to be Emmy Tayler, a woman called Kelly Spam and an unnamed female.

Ghislaine Maxwell looks on as Andrew put his arm around Virginia. Robert Maxwell’s daughter invited her to work as Epstein’s personal masseuse soon after her 15th birthday.

It had been alleged that the Duke's friend, Ghislaine Maxwell, was on board Epstein's Gulfstream.

Epstein is alleged to have used his fleet of private aircraft to traffic under-aged girls around the world for sex.

On 13th March 2011, the Mail on Sunday reported on Jeffrey Epstein's 'little black book' listing phone contacts. (How Prince Andrew shared a room at Epstein's Caribbean hideaway with a busty blonde. / JEFFREY EPSTEIN'S ALLEGED CONTACTS )
Among those whose names have been linked to Epstein are:

Ghislaine Maxwell and her father Robert Maxwell, 'who built himself a position of power within the crime families of eastern Europe, teaching them how to funnel their wealth from drugs, arms smuggling and prostitution to banks in safe havens'.

According to an article in the UK's Daily Mirror, by Gordon Thomas and Martin Dillon, in 2002, British Publisher Robert Maxwell Was A Mossad Spy.

At 3 am, on 28 September 2008, Frank McGarahan, 45, was assaulted outside the Spearmint Rhino lap-dancing club, in Norwich in the UK, and later died. (Frank McGarahan, of Barclays Wealth dies after fight)
In Viginia, in the USA, we find the Norfolk Satanic Chapel