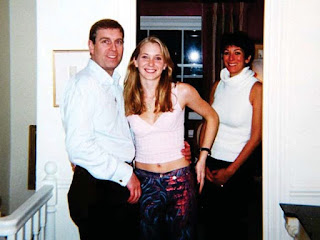 After a visit to Tramp? 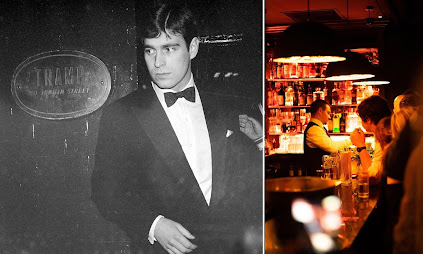 Prince Andrew is alleged to have been at Tramp nightclub with Virginia Roberts.
Tramp nightclub was set up by Johnny Gold.
NICK GOLD, son of the late Johnny Gold, attended Arnold House School in London and the boarding school Pangbourne in Berkshire. 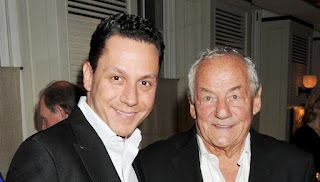 Nick Gold has been living in Las Vegas, working for the Bank Nightclub and the Light Group / Hakkasan group .
Nick Gold is married to Jaimarie.
When he was a child in London, Nick Gold got to meet people such as Christopher Reeves and Robin Williams when his parents had dinner parties at home. 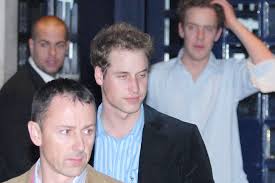 Lovers of Tramp.
It was at Tramp that Prince Andrew met Koo Stark.
Virginia Roberts claims she danced there with the 'sweaty' prince Andrew before having sex at the Belgravia home of Ghislaine Maxwell.

Princess Anne first went to Tramp as a 'mini-skirted' 19-year-old. 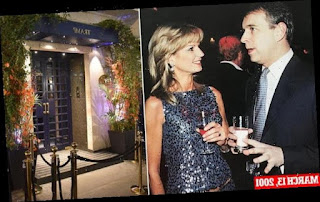 Tramp was forced to defend itself when a newspaper columnist alleged it was a disreputable establishment patronised by models that never model, actresses that never act and 'tarty little pieces'.
Tramp sued and won substantial damages. 'We go into Tramp. Johnny points out the chandeliers. "Real crystal, from the Rothschild palace."

The prince of darkness
Wexner, Trump, Clinton, Jewish Mafia
Posted by Anon at 00:48