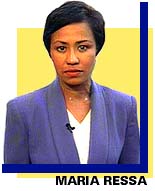 In May 1998, gangsters were brought into Jakarta to burn and rape and murder. Soldiers were disguised as students. Helicopters directed the looters. The CIA chief had visited Jakarta shortly before the riots.

At some point in the 1990s Suharto was seen by some Americans as having become too powerful and too independent minded.

Suharto was giving too many business contracts to his family and Chinese-Indonesian cronies, rather than to American companies like Ford.

Some people in the Pentagon considered the possibility of having a general such as Prabowo or Wiranto or Yuhhoyono take over.

In order to topple Suharto there would need to be riots.

In Indonesia, in the years 1997- 1998, there were riots in various parts of Indonesia. Some riots looked spontaneous and some looked as if they had been planned. (http://www.insideindonesia.org/edit50/riots.htm)

In Indonesia, trouble is often organised by the spies. Back in the 1950s the British and American intelligence agencies had organised rebellions in various parts of Indonesia, in order to undermine President Sukarno.(http://www.westpapuanews.com/articles/publish/article_31.shtml)

In 1998 one of the key generals was Prabowo, son of Dr. Sumitro Djojohadikusumo, a former Finance Minister, said to have once worked with the British and the Americans against Sukarno.

Prabowo had learnt about terrorism at Fort Bragg and Fort Benning in the US. General Prabowo and terror (http://yayasanhak.minihub.org/mot/Prabowo.htm)

General Wiranto, the overall head of the military, was seen as a rival to Prabowo.

The CIA chief had also been a recent visitor to Jakarta. The CIA and the Pentagon were close to both Prabowo and Wiranto. (http://solidarity.igc.org/atc/emily75.html)

At the start of May 1998, students were holding peaceful demonstrations on university campuses across the country. They were protesting against massive price rises for fuel and energy, and they were demanding that President Suharto should step down.

On May 12th, students at Jakarta's Trisakti University, many of them the children of the elite, planned to march to parliament to present the government with their demands for reform. The police prevented the students from marching.

Some time after 5pm, uniformed men on motorcycles appeared on the flyover which overlooks Trisakti. Shots rang out. Four students were killed.

On the 13th of May there were reports of rioting in the area around Trisakti. President Suharto was attending a conference in Egypt and the military top brass went off to Malang in East Java to attend a ceremony.

On the 14th of May, serious rioting took place in the Jakarta area. There were no signs of any uniformed soldiers on the streets.

Father Sandyawan Sumardi, a 40-year-old Jesuit priest and son of a police chief, led an independent investigation into the events of May 1998.

As a member of the Team of Volunteers for Humanitarian Causes he interviewed people who had witnessed the alleged involvement of the military in organising the riots and rapes.
(http://www.indonesia-house.org/archive/mei98/The%20Riot%20Pattern%20in%20Jakarta%20and%20Surroundings%20-%20Beberapa%20Pola%20dalam%20Kerusuhan%20Massa.htm) (http://www.asiaweek.com/asiaweek/98/0626/nat_6_indoriots.html)

A security officer alleged that Kopassus (special forces) officers had ordered the burning down of a bank;

a taxi driver reported hearing a man in a military helicopter encouraging people on the ground to carry out looting;

shop-owners at a Plaza claimed that, before the riots, military officers tried to extract protection money;

a teenager claimed he and thousands of others had been trained as protesters;

a street child alleged that Kopassus officers ordered him and and his friends to become rioters;

there was a report of soldiers being dressed up as students and then taking part in rioting;

eyewitnesses spoke of muscular men with short haircuts arriving in military-style trucks and directing attacks on Chinese homes and businesses.

There were reports of children being encouraged to enter malls and then of the malls being set on fire;

there were allegations that muscular men with short haircuts had gang-raped little Chinese girls and then murdered some of them.

Some of Suharto's former allies deserted him. Wiranto allowed students to occupy Parliament. Reportedly Wiranto reported to Suharto on May 20th that Suharto no longer had the support of the army. Suharto was forced to resign on May 21 and was replaced by Habibie, his Vice President.