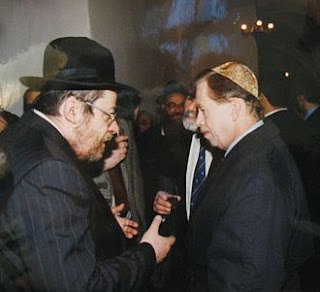 Vaclav Havel was born into a wealthy family.

His father, Václav Maria Havel, was the real estate developer behind the suburban Barrandov Terraces, located on the highest point of Prague—next door to which his uncle, Miloš Havel, built one of the largest film studios in Europe.[9]

Havel's mother, Božena Vavrečková,[10] also came from an influential family; her father was a Czechoslovak ambassador and a well-known journalist. 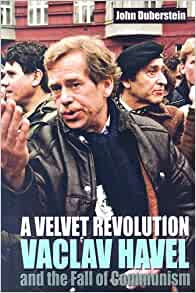 'Somewhat like Solzhenitsyn, Havel warned that Western modernity had become too technocratic and soul-less, too submissive to alleged 'science', and that decreasing spirituality was a great danger

'Tho about religion, Havel himself remained an eager spiritual 'searcher', rather than someone who was able to say clearly he had found a spiritual home. Havel had some Roman Catholic background in his youth - rare in Czechia, which today is still Europe's most atheistic country - and Havel went to church occasionally, but did not feel able to fully call himself a believer. 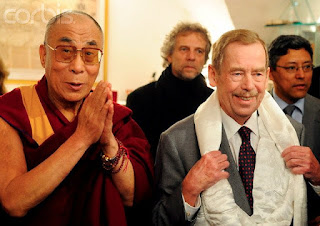 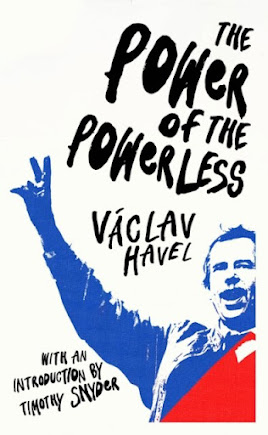 Havel said: "The heavy hand of centralised bureaucracy, makes everyone first powerless, then listless. These systems marginalise community and leave people with a fundamental sense of nonbelonging. 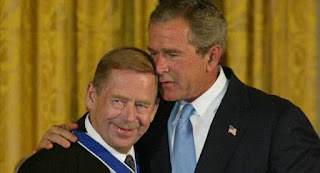 Was Havel an asset of the CIA?

Did Havel's family have NAZI connections?

Living in truth | The Economist
'The authorities tried to tar the dissidents as CIA stooges, and Mr Havel as the scion of a family of Nazi collaborators.' 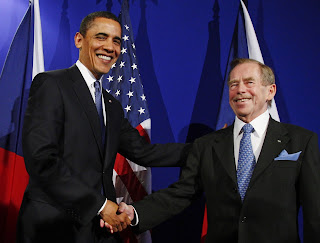 'Havel and his fellow dissidents are routinely portrayed in the west as one big success story, the reality is rather different.
'A 2009 Lancet study concluded that as many as 1 million working-age men died due to the health problems brought on by mass privatisation.
'As economies across eastern Europe were restructured so inequalities and social divisions grew.
'A 2011 OECD report found that Havel's Czech Republic had the joint-second largest rise in income inequality in OECD members since the mid-1980s.

'Havel's true political allegiances came to the fore during his years as president.
'Like fellow dissident Lech Walesa, he supported the Nato bombing of Yugoslavia in 1999.
'In 2002, he sided with the rightwing Republican hawks on Iraq.'

Václav Havel: another side to the story