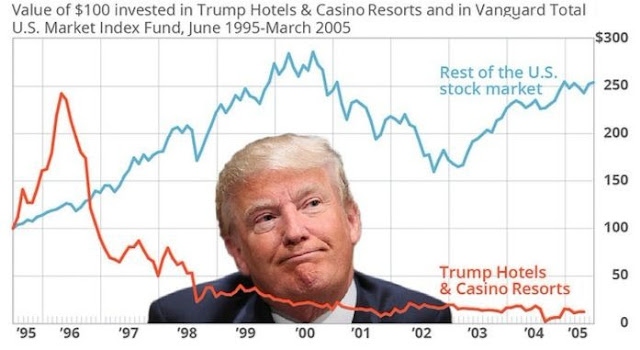 Steel amounts to only 2% of US imports.

Trump is bringing in import tariffs on foreign steel and aluminum.

"Republicans and an array of business groups are warning of dire economic and political consequences if Trump goes ahead with the tariffs." 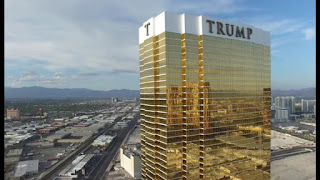 Trump Towers Made Of Chinese steel .


China really does not sell all that much steel to the US.

Chinese exports to the US amount to a mere 0.2 per cent of Chinese production.

The top source of American steel imports is Canada, followed by the EU. 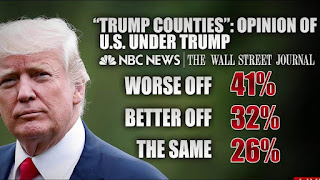 Import tariffs on steel means that, in the USA, the cost of new appliances, cars and buildings will rise.

The introduction of steel tariffs could erode Trump's base of support with rural America and blue-collar workers.

'There is always retaliation, and typically a lot of these countries single out agriculture when they do that. So, we're very concerned,' said Sen. John Thune, a South Dakota Republican. 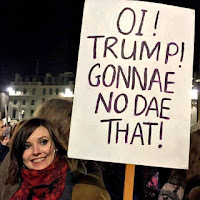 Wisconsin Gov. Scott Walker, a Republican, has asked the administration to reconsider its stance.

He said American companies, that use steel, could move their operations abroad and not face retaliatory tariffs.

'This scenario would lead to the exact opposite outcome of the administration's stated objective, which is to protect American jobs,' Walker said.

'It hurts the administration politically because trade wars, protectionism, they lead to higher prices for individual Americans,' Phillips said. 'It's basically a tax increase.' 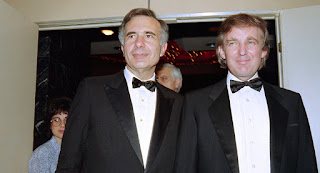 Ex-Trump adviser, Carl Icahn, sold $31m in shares in a company using steel, just days before Trump said he was about to introduce steel import tariffs.

Bush was forced to withdraw the tariffs. 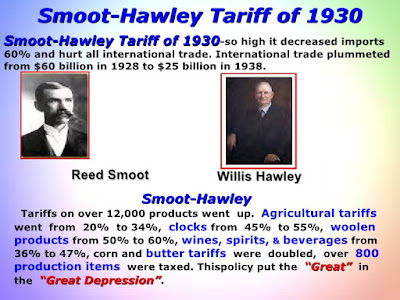 "The two scariest words in economics are not (yet) Donald Trump.

"I'm referring to the imposition by President Herbert Hoover of destructive tariffs on more than 20,000 imported goods in 1930, an act of madness that helped turn what should have been a short US recession into a worldwide, epoch-defining depression.

"Trade fell by more than half as other countries retaliated with their own tariffs on American goods. Millions of jobs were annihilated.

"The tariffs, named after Senator Reed Smoot and Representative Willis C Hawley, were the single greatest economic blunder of all time and accelerated the march towards the Second World War."

If Trump means what he says on trade, we all face economic doom

At the beginning of March 2018, there are fears that global markets will slump.