...
In his first television interview since becoming president, Donald Trump was interviewed by David Muir.

Tara @HillHouseRock
It feels like @DavidMuir is interviewing someone in a mental health facility who thinks they are President w/ this rambling. #POTUSonABC 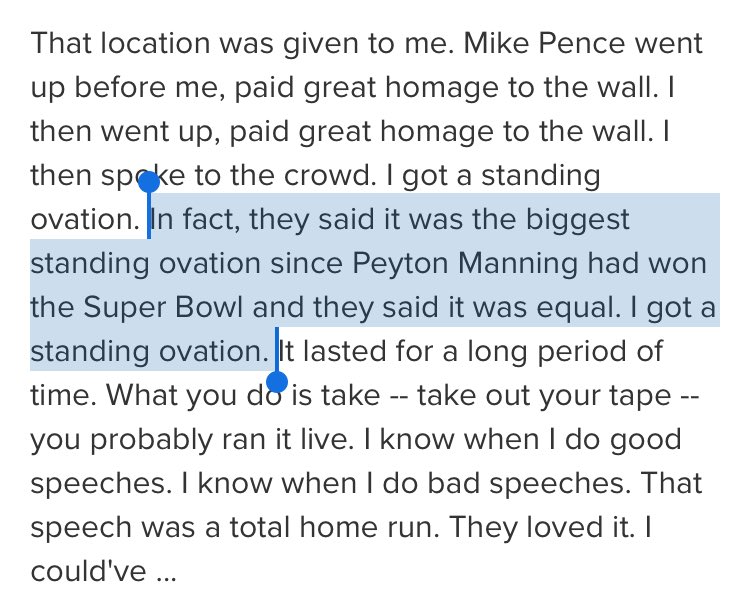 pixeliza @pixeliza
Watching Trump I really miss a President that could speak in complete sentences and didn't have bloodshot coked out eyes.#POTUSonABC


Here's what Trump says about his talk with the CIA:

"They loved it. They gave me a standing ovation for a long period of time.They never even sat down, most of them, during the speech. There was love in the room." 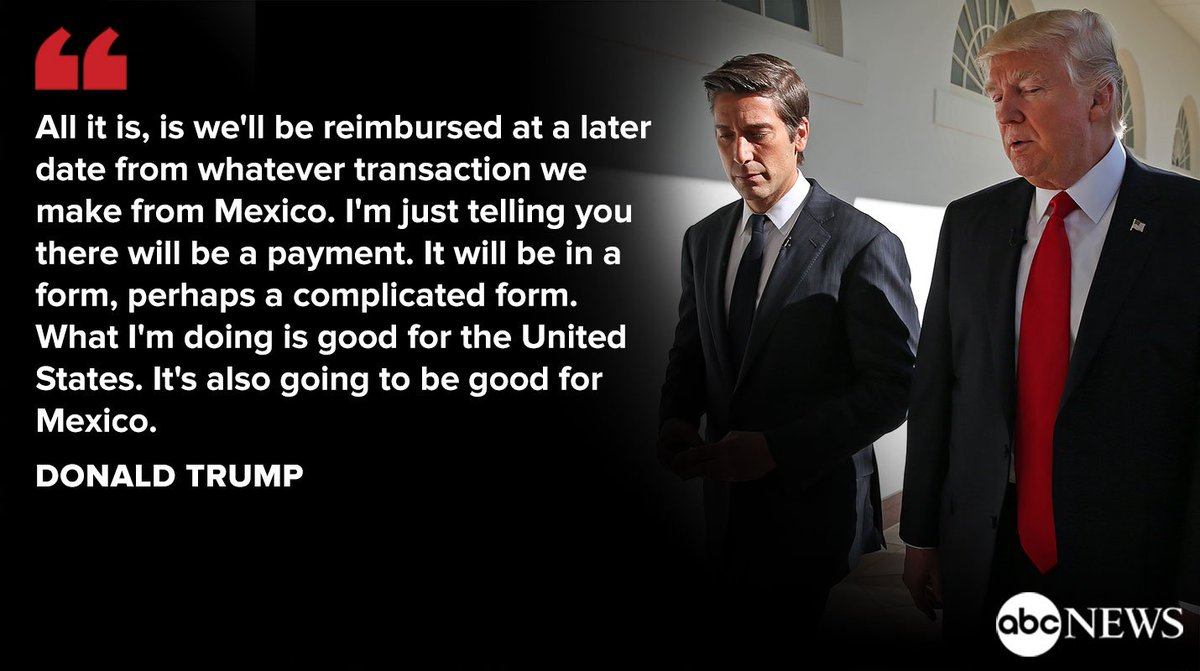 Socrates O'Connor @SocratesOConnor
It's official. The POTUS is a raving madman. God help us all.

"In countries with populist or autocratic leaders, we often see democracies in decline and a disturbing pattern of attempts to crack down on civil society, limit press freedom, and weaken the independence of the judiciary.

"'Instead of tackling crony capitalism, those leaders usually install even worse forms of corrupt systems,' José Ugaz, the chair of Transparency International, said in a statement..."

Report: Populist leaders often add to corruption they vow to rid from governments

Katie Johnson says she was raped by Trump.

"Since the inauguration, the new administration has provided "alternative facts" about crowds at the event and barred the Environmental Protection Agency from openly disclosing information to the public.

"In addition, the president faces a lawsuit regarding potential conflicts of interest between his business and position as an elected official.

"All together, some observers say, those types of actions mirror patterns across the globe in which populist and autocratic leaders have risen to power."

Report: Populist leaders often add to corruption they vow to rid from governments
Posted by Anon at 00:05