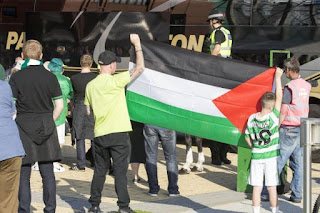 "CELTIC were facing disciplinary action after fans went ahead with threats of unfurling Palestinian flags against an Israeli team in the Champions League.

"Despite warnings to avoid political gestures and the certainty that the club will be fined, some Celtic supporters raised Palestinian flags at the Scottish champions’ match against the champions of Israel, Hapoel Be’er Shiva."

Spot the Israeli flags in Kirkcudbright. 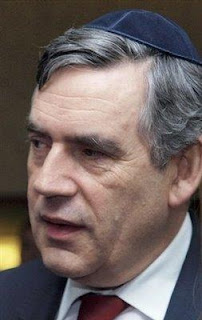 "I was abused by Gordon Brown".

I took a grab of Trump's "not racist" campaign spokeswoman's tweet just in case she felt compelled to scrub it. The Sun has reported that a British boy, identified only as Abu Abdullah al-Britani, has appeared in an ISIS 'execution' video.

The boy is white, blue-eyed and aged around 12.

The boy may be the son of Abu Abdullah al-Britani, a young British jihadist 'who married in Syria and was killed in a drone strike'.

William Hasmo Clinic, believed to be from London, who went by the nom-de-guerre Abu Abdullah al-Britani, is reported to have travelled from the UK to Syria to join ISIS.