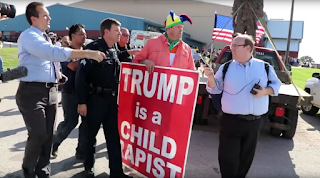 "A pedophile ring, 70,000 strong, has been identified and hundreds arrested, an organization run on the internet ... including websites run out of Paris, the Netherlands and Belgium."

"What isn't being told is that this same organization, also known as the Red Circle, runs through secret societies around the world:

"Hollande (President of the French Republic) was scared he is linked to child abuse in France, via Belgium as well."