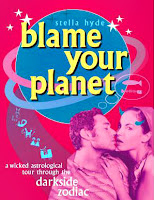 Stella Hyde has written The Darkside Zodiac, which reveals the dark side of star signs.

1. According to this book, Geminis like Donald Trump are 'con artists with cheeky grins.'

2. The Scorpio darkside 'is darker than the rest'.

Hilary Clinton is a Scorpio.

The dream job for some Scorpios is to be a spy, run child abuse rings and carry out acts of false flag terrorism. 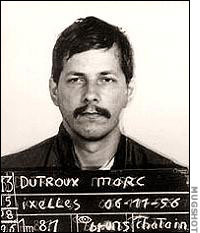 
The discovery of computer discs at Dutroux's house, in 1996, "unraveled an international pedophile ring involving Belgium, the Netherlands, Portugal, the U.S., Great Britain, Japan and the United Nations and its agencies.

It was recently revealed that a decorated spy in the UK 'met other men for sex close to his MI6 HQ and near his Army base.' 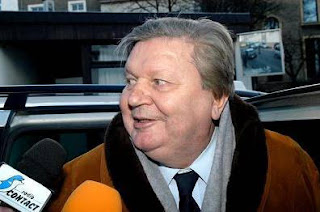 
3. Taurus can be murderous, ultra-conservative and uncaring about other people's feelings.

Michel Nihoul is a Taurus.

Michel Nihoul "managed a string of Dutroux's properties which functioned as pedophilia clubs in various countries, including a sumptuous and secluded villa in the Caribbean at which leading U.S. political figures, governors and members of Congress could satisfy their pedophile perversions safe from media sleuths.

"Nihoul ... was also a leading power in Belgian right-wing political circles, a close friend of U.S. General John Singlaub and Rev. Moon of the World Anti-Communist League as well as to men in the upper echelons of the Sasakawa Foundation."

In 1997, Regina Louf related that a girl called Katrien de Cuyper had been taken to a castle and murdered by a group of individuals that included Michel Nihoul.

Aries can be wrathful, controlling and wilful. Taurus can be murderous, ultra-conservative and uncaring about other people's feelings.

"In 2006, the guns and the ammunition used in the Brabant massacres were finally traced to the ... the NATO Belgian Gladio stay-behind army called 'the Special Intervention Squadron' '"

5. Donald Trump, as we mentioned above, is a Gemini.

"You’re the con artist with a cheeky grin who detaches babies from their candy and laughs as you leave them crying...

How Hollywood Preys on Our Deepest Fears
Posted by Anon at 01:25