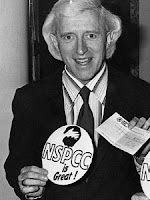 "Witnesses have spoken of an extended child abuse ring capitalising on their connections to Savile and Jaconelli, plying young girls with money, alcohol and drugs before renting them out to pre-booked clients in motor-homes that travelled to Middlesbrough, York and further afield.

"Including to a hidden location convenient to Queen Elizabeth II Barracks, Strensall, where they were reportedly clandestinely filmed in a caravan, with the resultant hard-core pornography exported to Holland and beyond." 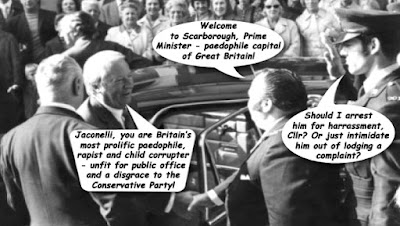 "The ring that Conservative Councillor Peter Jaconelli led in Scarborough was known to North Yorkshire Police from at least the 1970’s, some sources say since the 1950’s and was involved in trafficking..." 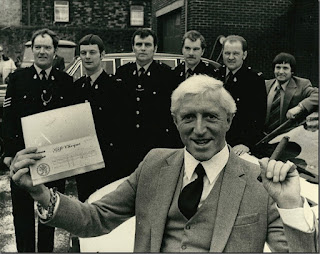 "'I have received information via recorded witness statements from three former serving Police personnel stationed at Scarborough Police Station in the 1970s, ’80s and 90s which confirms that both Savile and Jaconelli were frequent visitors to the Police Station, where they were treated like visiting royalty, despite it being well-known by the Police that they were paedophiles (by the common-usage phrase “kiddy fiddlers”) acting in joint enterprise and with others.

"'One witness has stated that Police cars were provided to convey Jaconelli to County Hall in Northallerton, then on to Leeds for casual liaisons...'" 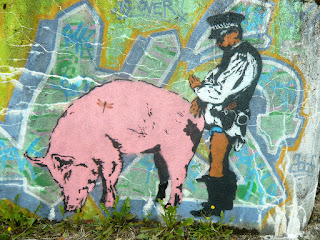 Darren is a survivor of sadistic child abuse.

John Allen (Mr X), who ran children's care homes in Wales, and who supplied young boys to top child abusers in London and in Holland.

A few years ago, there was an Inquiry into organised child abuse at care homes in Wales.

"At least 12 children formerly in care homes covered by the inquiry are dead.

"One witness, who alleged that policemen used him for sex, has complained of a campaign of intimidation, including the destruction of his home and repeated harassment."

Sir Jimmy Savile, friend of Israel and various prime ministers, was reportedly a frequent visitor to Bry Estyn, one of the homes run by John Allen in North Wales. SAVILE ABUSED BOYS AT BRYN ESTYN.

One victim told the inquiry:

"When (a magazine) printed an article and linked me with (surname) and other people my house was destroyed, my car was destroyed and I had numerous threats and I am not taking any chances any more.

"The police weren't willing to do anything."

According to The Times:

"The earliest public allegation that a gay paedophile ring led from children’s homes to the doors of Parliament was made by Angus James in the satirical journal Scallywag .

"He, too, is unavailable to give evidence.

"He was killed in a car crash in Cyprus last year shortly after Mr Hague announced the inquiry.

The top propagandist who is claiming that the child abuse scandal has been greatly exaggerated is the Jewish journalist David Aaronovitch.

"Aaronovitch has a history of making some rather ridiculous statements.

"Whether defending the mythology of WMD's in Iraq...

"Or defending Israel’s treatment of the Palestinians, Aaronovitch has a pretty shameless record as an establishment gatekeeper..." 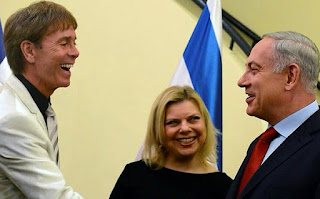