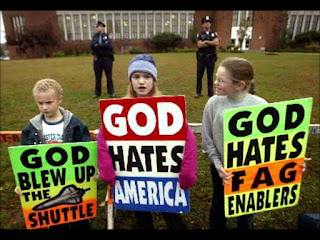 Would you rather your daughter married a fundamentalist or a liberal?

Academics from seven universities across the world studied Christian, Muslim and non-religious children to test the connection between religion and morality.

"Overall, our findings ... contradict the commonsense and popular assumption that children from religious households are more altruistic and kind towards others," say the authors of The Negative Association Between Religiousness and Children's Altruism Across the World, published in Current Biology. 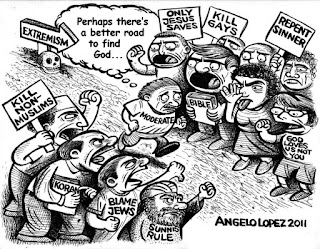 Certainly, the people who send the nastiest comments to this blog are the fundamentalist Christians.

Of course, the term 'religious person' can cover a lot of different types.

There are cruel Conservative Moslems and cuddly Liberal Moslems.

There are sadistic Conservative Christians and loveable Liberal Christians.

And there are 'non religious' persons who don't go to church or mosque, but, who are in some sense 'spiritual'. 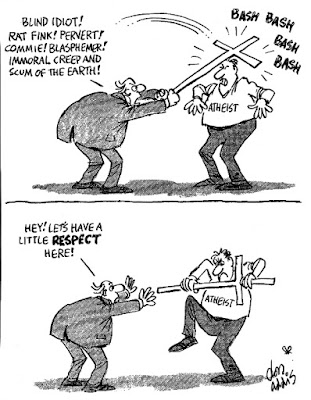 1. Yusuf lives in the biggest Moslem country in the world.

He has only primary school education.

He and his wife are easy-going, relatively liberal Moslems.

He helps his neighbours and has concern for those in need.

He enjoys popular music and dancing.

He told me that a certain government minister in his country had a boyfriend, but it was not a problem.

He says that Indonesians do not have a word for 'gay' or 'homosexual'.

He told me in 1990 that it would be a mistake to go to war against Saddam Hussein.

He believes that the acts of terrorism in his country are carried out by the security services of one country or another.

He and his wife are working class.

He is a friendly, liberal Catholic.

His wife is a Conservative Catholic and she is a fan of the strict attitudes of the Ayatollah Khomeini.

He helps his neighbours when they are in need.

He is gentle when telling off his children.

He believes that acts of terrorism in his country are carried out by the security services of one country or another. 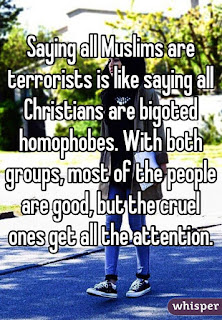 3. John lives in the Southern States of the USA.

He is college educated.

He is a 'strict' Christian.

He is strict with his children.

He owns a gun.

He is opposed to the government providing welfare for the poor.

He believes that 9 11 was carried out solely by evil Moslems and that the USA was quite right to invade Afghanistan.

Neither of his grown up sons is married, but, they are keeping quiet about the fact that they are gay.

He claims to be a strict Moslem.

He is opposed to wasting money on charities for non-Moslems.

He is in favour of the war against Syria.

He has a lot of very close male friends. 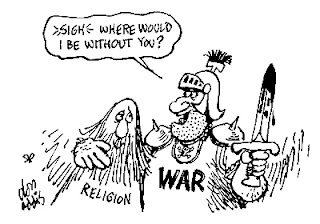 I asked a headmaster which of the children in his school were the most, and least, altruistic.

He referred to Timothy, an altruistic Jewish boy, whose family believe in God, but they hardly ever go to the synagogue.

He referred to Grace, an altruistic Buddhist girl.

He referred to Paul, a psycopath from a non-religious family.

He referred to Danny, who has criminal tendencies, and whose family do attend the Catholic church from time to time.

In conclusion: it is complicated.

It depends on what you mean by 'religious' and 'non religious'.