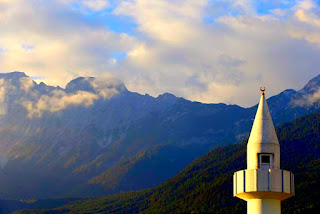 The guestlist for the June 2015 Bilderberg meeting at Telfs-Buchen in Austria includes:

Allegedly, the UK's referendum on whether or not to stay in the EU may be rigged.

The BBC Trust chairman Rona Fairhead, whose job, allegedly, is to promote the agenda of the elite.

Nato General Secretary Jens Stoltenberg, who is linked to the 'false flag' attack on Norway.

Ryanair boss Michael O'Leary, who allegedly has knowledge of chemtrails, spread by aircraft.

Zanny Minto Bedoes, the editor-in-chief of The Economist, which is linked to the Rothschilds.

Princess Beatrix of the Netherlands, a country linked to child abuse rings.

Thomas Ahrenkiel, director of the Danish Intelligence Service, which has been linked to pro-Israel false flags.

The US Department of State's John R Allen, a former general who takes an interest in ISIS, which reportedly is run by the CIA and its friends.

Anne Applebaum, a Jewish journalist who seeks a hard line against Putin over Ukraine.

Henry Kissinger, allegedly a major war criminal, with links to the Rockefellers.

Richard Perle, one of the brains behind the regime of George W Bush.

Eric Schmidt, the chairman of Google, which allegedly works for the CIA and its friends.

If Jeb Bush secretly attends the Telfs meeting, that may mean that he will be the next US president.

People who have attended past meetings of Bilderberg include: Angela Merkel, David Cameron, Prince Charles, Bill Clinton and Gerald Ford.
Posted by Anon at 23:28