MOST STUPID - ARKANSAS OR IOWA? 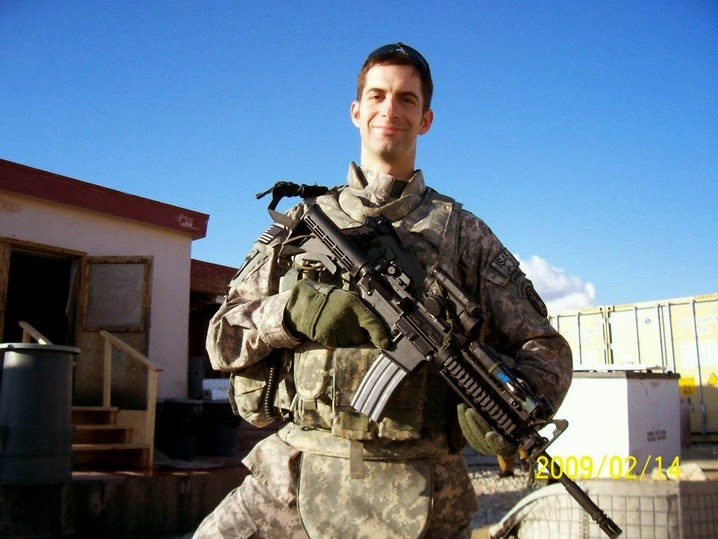 In November 2014, Tom Cotton (above) was elected as the Senator for Arkansas.

Tom Cotton says that the Iraq War was 'just and noble'.

Tom Cotton fails to mention that Iraq was fairly civilised before the CIA put Saddam into power.

SADDAM AND THE CIA. 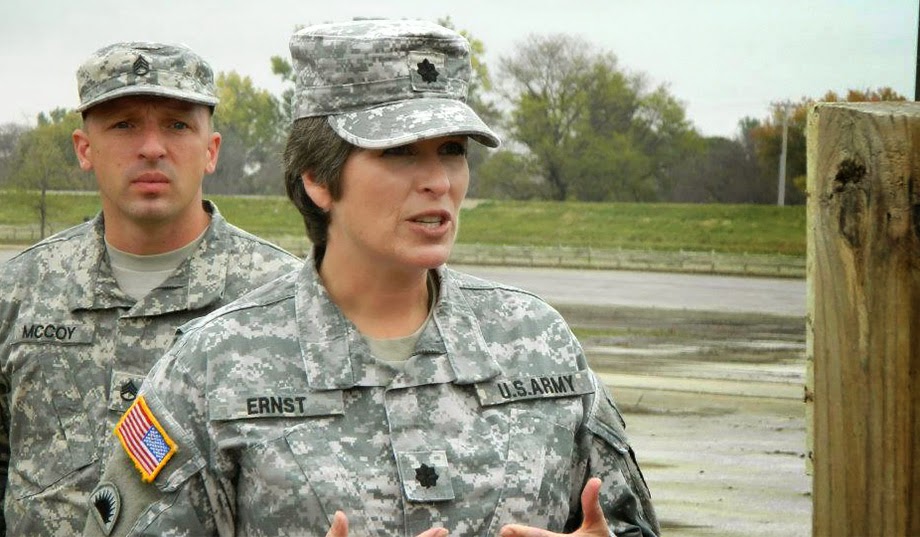 In November 2014, Joni Ernst (above) was elected as the senator for Iowa.

Joni Ernst says, wrongly, that there were weapons of mass destruction in Iraq at the time of the 2003 invasion.

Joni Ernst fails to tell us that Saddam Hussein was put into power by the CIA.

Joni Ernst fails to tell us that the military, of which she is a member, reportedly was involved in the kidnap of  JOHNNY GOSCH in Iowa.

So, we see the same pattern over and over.

Jimmy Carter (above) was only able to become President because of his links to naval intelligence.

Zbigniew Brzezinski has revealed that on July 3, 1979, President Jimmy Carter secretly authorized $500 million to create an international terrorist movement that would spread Islamic fundamentalism to Afghanistan and other countries.

The US Midterm Elections were a big vote of confidence in the Republicans?

Of course, there is little difference between the Republicans and the Democrats.

The big corporations, the military industrial complex and Israel tell both parties what to do.

And of course, Israel is happy that the Republicans now control the US Senate.

1. Netanyahu has had his disagreements with Obama.

A top US official recently referred to Netanyahu as a 'chickenshit', in an interview with the Atlantic.

2. A US State Department spokeswoman recently said that Jewish settlements in the occupied West Bank and East Jerusalem are "incompatible with the pursuit of peace."

3. According to Maariv newspaper:

Obama intends to no longer use the US veto at the UN to protect Israel's illegal settlements.

"Obama intends to abandon Israel as it faces the UN Security Council in an effort to block Israel's decision to build on Palestinian territory that has been occupied since 1967," an anonymous Israeli politician told Maariv.

The Republicans are likely to force Obama to give total support to Israel.

4. Israel does not want the USA to be friends with Iran.

The Republicans are likely to back Israel on this issue.

The Senate republican leader Mitch McConnell called for the U.S. to use 'overwhelming force' against Iran's nuclear programme.

And George P Bush, the grandson of George HW Bush, won an easy victory in Texas. 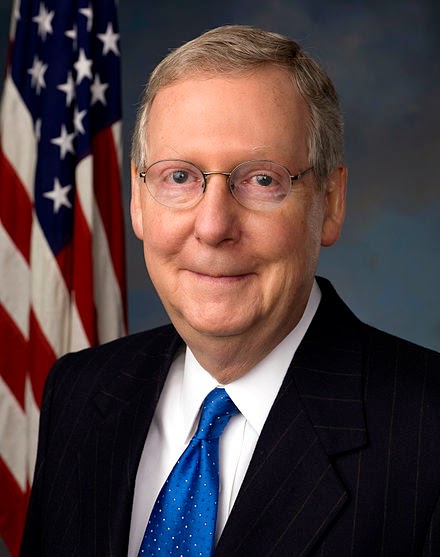 The reportedly gay Mitch McConnell (above) is the senator who leads the Republicans in the US Senate. 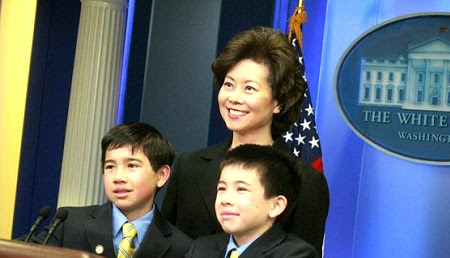 According to The Nation and other publications, James Chao, the father of Mitch McConnell’s wife Elaine, is tied to a ship that was found to contain 40 kilograms (a value of over $60 million) of cocaine.

In other words, the left-wing candidate has to say "Close Guantanamo, end the wars, be more liberal etc." and he will have the fervent support of all the left wing nutters. 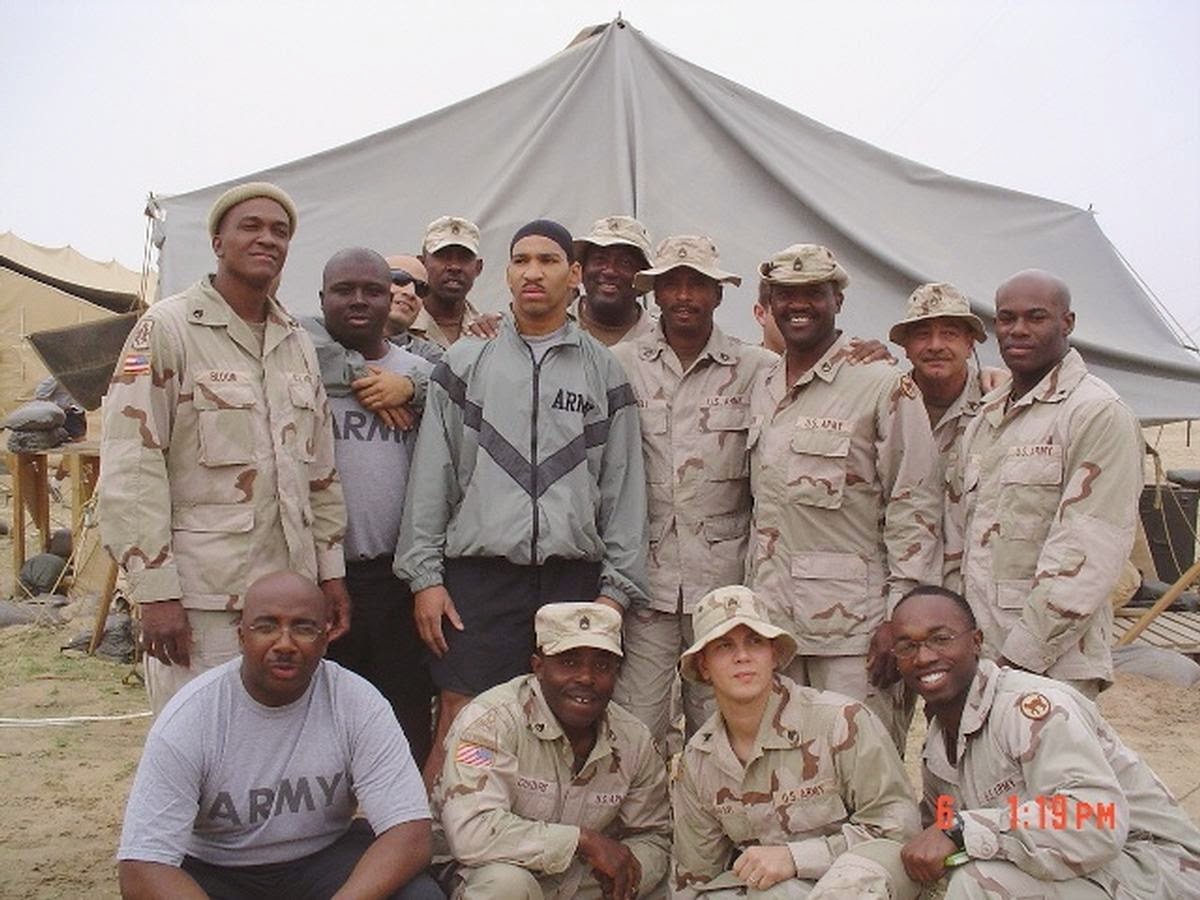 
VOTER TURNOUT in the US Midterm Elections 1014: 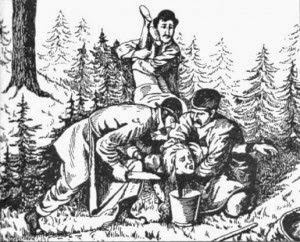 Obama was criticised for not dealing effectively with ISIS. The blood ritual, used by ISIS, is an old Jewish tradition? The CIA uses murder as part of its mind-control exercises, reportedly.

Mind-control is used to control Americans. Porterville Developmental Hospital, in the Sierra Mountain foothills, was set up as a mind-control facility in 1945 at the end of WWII, and the beginning of Operation PAPERCLIP [80] mindcontrolblackassassins.com

The 'Deep State' aims to keep the elites in power, whether they are Jewish, Moslem, Nazi or whatever. DEEP STATE - MAFIA, MEDIA, MILITARY, MOSLEMS ...