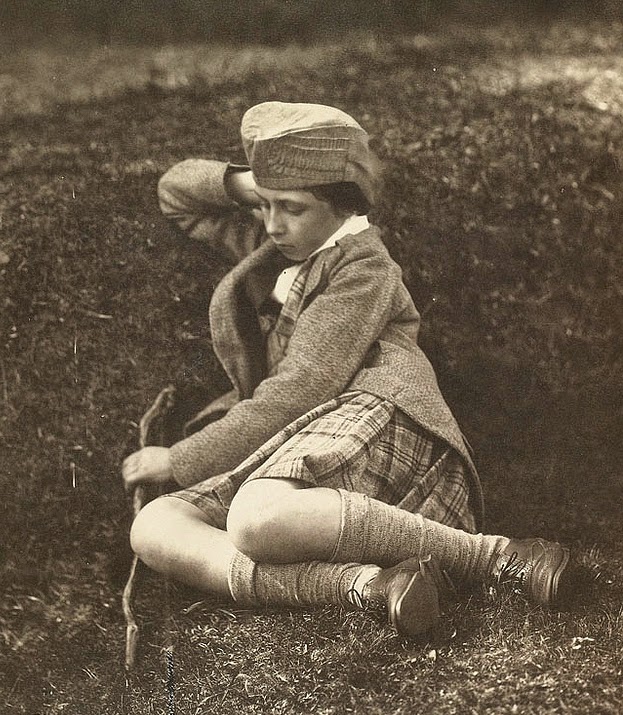 Alfred, Duke of Edinburgh, "was the second son of Queen Victoria."

The future Edward VII and his brother Prince Alfred.

Alfred was sent into the navy, aged around 12.

Alfred became a midshipman and when he was older he was given command of a frigate. 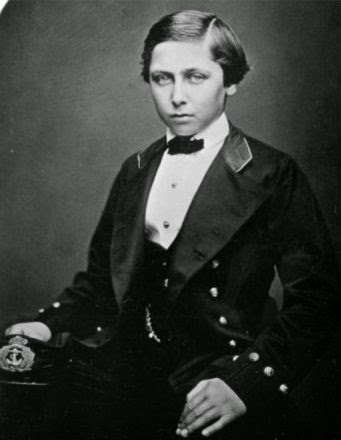 Alfred developed a passion for his brother's wife, Alexandra Princess of Wales. 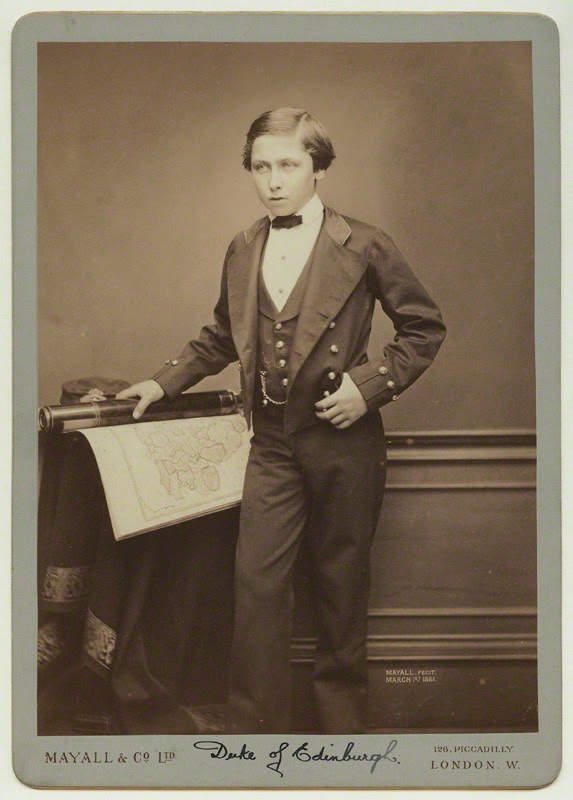 Alfred was the first member of the royal family to visit Australia.

In Melbourne, the Protestant Hall displayed a tableau of William of Orange smiting the Catholic armies.

Irish Catholics rioted outside the Hall and a boy was killed.

In Bendigo a large model of Alfred's ship, the centrepiece for a fireworks display, caught fire when three boys were climbing on it.

The boys were burned to death. 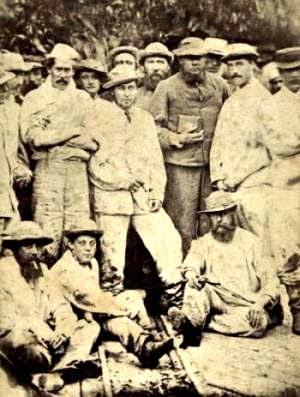 On his second visit to Sydney, Alfred was shot in the back "by an Irishman called Henry James O'Farrell."

The incident happened while Alfred was at a picnic at the beachfront suburb of Clontarf.

One of the organisers of the picnic was William Vial, a Grand master of a Masonic Lodge.

Sir Henry Parkes, a Minister in the colonial government (and future Premier of New South Wales), stirred up persecution of Irish Catholics in Australia after O'Farrell's attack.

Alfred was also the first member of the royal family to visit India.

The marriage was not a happy one, and Maria was thought haughty by London Society. 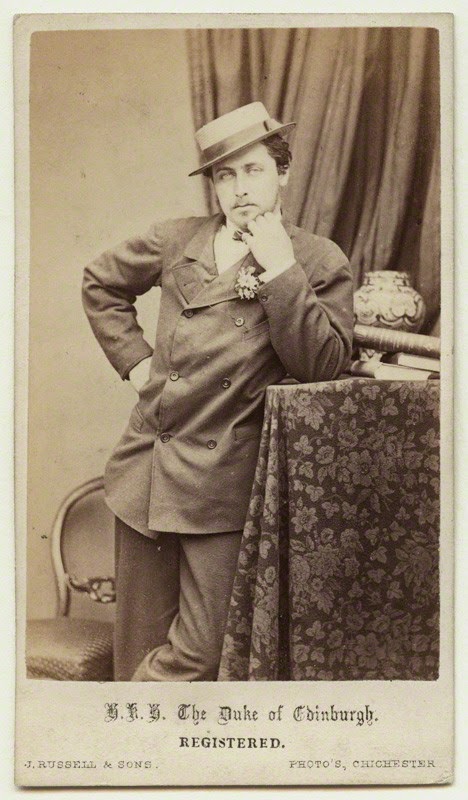 Alfred became an Admiral of the Fleet.

Alfred's only son, Prince Alfred Junior, "became involved in a scandal involving his mistress and shot himself dead."

Alfred Junior was suffering from syphilis. 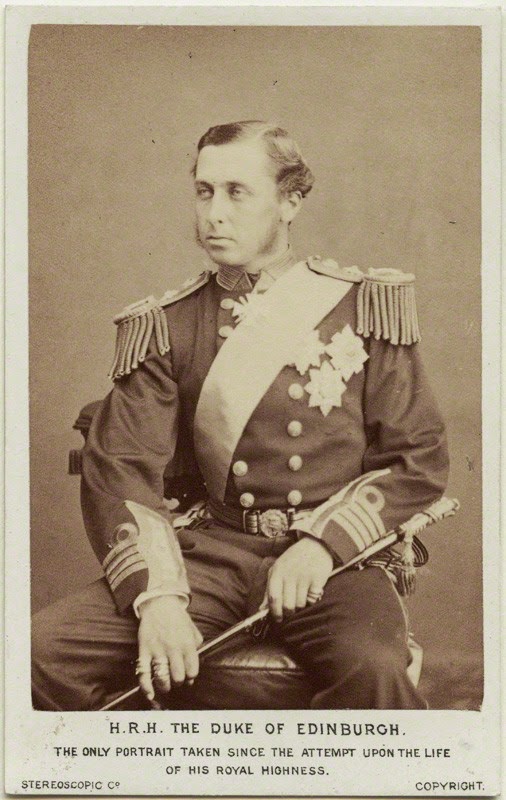 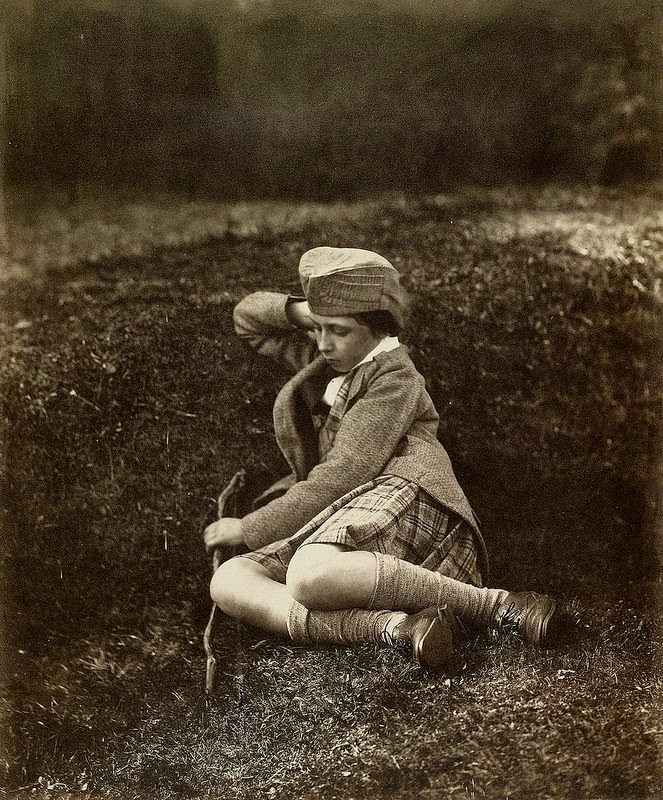 The House of Saxe-Coburg-Gotha includes the following:

(Queen Victoria's husband Prince Albert may have been illegitimate.

Albert's father may have been Jewish.

Albert's mother was dismissed from the court of Saxe-Coburg-Gotha for having an affair with the Jewish chamberlain, the Baron von Mayern.

Albert's father, the Duke of Saxe-Coburg had hereditary syphilis.

There is no trace of this in the life of Albert.

On more than one occasion, Ernest and his friend the Grand Duke Constantine, kicked servants and hussars to death.

He loved brothels and 'sired bastards by the dozen'.

3. Prince Albert, who married Queen Victoria, was allegedly the son of Ernest I.

4. Ernest II Duke of Saxe-Coburg (1818-1893) 'sought any available prostitute' and 'was absolutely riddled with venereal diseases.' 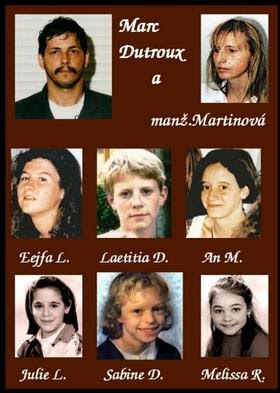 5. Leopold I, King of Belgium, was a Saxe-Coburg.

Leopold wore high heels, "and added a feather boa to his ensemble to create a prototype drag queen look."

6. Charlotte, Empress of Mexico, was a saxe-Coburg.

She went "utterly barking mad" and spent time locked up.

7. Leopold II, King of Belgium, who also became king of the Congo Free State, was a Saxe-Coburg

Leopold II went in for genocide.

Millions were murdered, mutilated, raped and worked to death.

Leopold "was particularly fond of a London brothel that specialised in providing underaged girls for paedophile clients."

In his seventies, Leopold's "official" mistress was Caroline Lacroix- a 16-year-old Fench prostitute.