Early on in the Sandy Hook event, journalists reported that Ryan Lanza was "the gunman."

This is not surprising, as Ryan Lanza and Adam Lanza are the same person.

Yet we have been told that Lanza walked up to the front entrance of the school and fired at least a half dozen rounds into the glass doors.

There are no video surveillance pictures of Lanza's alleged arrival, alleged entry and alleged attack.

This is not surprising because the FBI say that nobody died at Sandy Hook.

The CIA's Operation Gladio initially used Nazis to carry out acts of terrorism in Europe in order to help keep the corrupt elite in power.

Sir Peter Fahy (above) is the Chief Constable of Greater Manchester Police.

Sir Peter reportedly put a 14-year-old boy at risk by allowing him to go into the flat of a suspected paedophile.

In the past two-and-a-half years, there have been ten inquiries into alleged mishandling, by Greater Manchester Police, of sexual assault and rape complaints.

Is the Manchester area a recruiting ground for MI5 and MI6?

1. Represent the Feudal Elite and the Robber Barons.


2. Carry out coups in such places as Kiev in Ukraine

'NATO TROOPS SHOT BOTH SIDES IN THEIR UKRAINE COUP'

This CIA pilot, an American named Allan Lawrence Pope, was captured in Indonesia. The CIA and MI6 used the Islamists to topple Sukarno. CIA pilots bombed churches and markets in Indonesia. After the CIA coup, the CIA produced lists of people who were to be murdered. Around one million were slaughtered. CIA TOPPLED SUKARNO / OBAMA AND THE CIA; FROM HAWAII TO ...

3. Experiment with, and use, bio-weapons such as Ebola.

4. Use Islamists, such as ISIL, to wreck and destroy moderate countries.

A Mr. Hempher, a British spy, made contact with Wahhab in order to set up the Wahhabi sect.

The purpose of the Wahhabi sect was to bring about an Arab revolt against the Ottomans and pave the way for a Jewish state in Palestine.

ISIS GETS CHINESE AND RUSSIAN LEADERS ... / THE BIG SECRET - THEY'RE ALL JEWS /
JEWISH CONTROL OF SAUDI ARABIA / ISIS IS RUN BY SIMON ELLIOT, A MOSSAD ...

The CIA's attack on Bologna, 1980, part of Operation Gladio.

In his speech to the UN General Assembly, the UK Prime Minister David Cameron is lying, reportedly.

Mr President, this year we face extraordinary tests of our values and our resolve.

In responding to the aggression against one of our member states, Ukraine.

In seeking peace in the Middle East.

In dealing with the terrifying spread of the Ebola virus in West Africa...

24 unarmed civilians murdered by the British military in Malaya

What I want to focus on today -  is the mortal threat we all face from the rise of Isil in Syria and Iraq...

As evidence emerges about the backgrounds of those convicted of terrorist offences, it is clear that many of them were initially influenced by (those) ... whose world view (involves):

The peddling of lies: that 9/11 was a Jewish plot and the 7/7 London attacks were staged.

The idea that Muslims are persecuted all over the world as a deliberate act of Western policy.

The concept of an inevitable clash of civilisations. 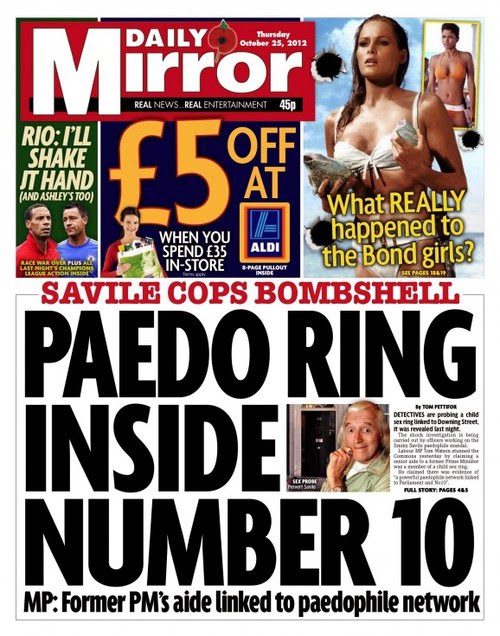 Reportedly, MI5 and its friends use child brothels and pedophile rings to control the top politicians, police, judges etc.

We must be clear: to defeat the ideology of extremism we need to deal with all forms of extremism - not just violent extremism...

We must work together to take down illegal online material...

And we must stop so called non-violent extremists...

Of course some will argue that this is not compatible with free speech and intellectual inquiry.

But I say: would we sit back and allow right-wing extremists...

So we shouldn't stand by and just allow any form of non-violent extremism.

We need to argue that prophecies of a global war of religion pitting Muslims against the rest of the world are nonsense... 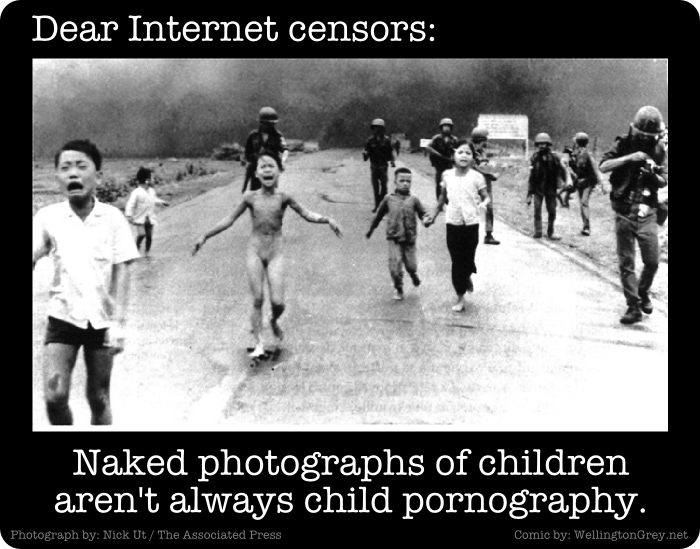 For our part in the UK we are introducing new powers.

To strengthen our ability to seize passports and stop suspects travelling...

And to enable our police and security services to apply for stronger locational constraints on those in the UK who pose a risk...

This child was hit by a US missile in Iraq

Our military can support the enormous humanitarian efforts...