AFTER, BRUCE GREYSON, NEAR DEATH EXPERIENCES 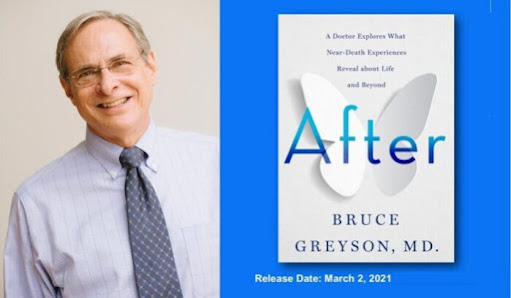 Bruce Greyson, professor emeritus of psychiatry and neurobehavioural sciences at the University of Virginia in the U.S. 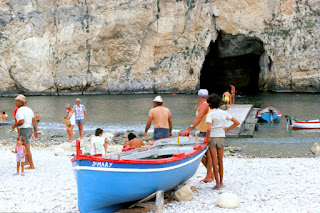 Lorry Driver Al Sulivan died one morning.
Al then found himself looking down at his body on an operating table in a hospital.

He could see a surgeon 'strutting about the room with his elbows out, waggling and flapping his arms like a chicken.'

After being brought back to life, Al discovered that the surgeon did flap his arms.

Dr Greyson contacted the surgeon who confirmed that he did flap his elbows in theatre. He used his elbows to point at people and tools, to avoid touching anything.

During his surgery, Al became aware of his mother's presence beside him.

She had died in her 50s, 20 years earlier, and now she appeared much younger, the way he remembered her as a child.
'She spoke to him, and guided the surgeon's hands.

'Al was profoundly moved that she was watching over him, and during his recovery felt thrilled to know that he would see her again when he finally died.'

Holly, a 20-year-old student, was brought lifeless to the hospital in Virginia.

Dr Greyson took Holly's roommate, Susan, to an interview room down the corridor.

Holly regained consciousness the next day.
When Greyson spoke to Holly, she murmured: 'I know who you are. I remember you from last night.'

She told him she had 'followed' him and Susan down the corridor, to the interview room, and hovered over them as they talked.

Holly was able to recount the conversation exactly.

A fireman, who was blown off his feet in an explosion, found himself trying to help his comrades carry his own unconscious body to safety.

John Wren-Lewis was travelling in Thailand when a thief on a bus slipped him poison, to rob him.
He passed out and his pulse stopped.

John was unconscious for seven hours, during which he had 'eternity consciousness'.
For the rest of his life, he found joy in everything.

'The discovery that I could positively enjoy a cold - not merely wallow in the indulgence of a day in bed, but get a kick from the unusual sensations in my nose and throat - was a big surprise,' he said.

'I also started to enjoy tiredness and the many minor pains that afflict a 60-year-old body.'
...
Henry lived with his mother on the family farm.

Unable to cope after she died, he shot himself in the head. But, he didn't die.
While out of his body, he saw his mother again.
'Oh Henry,' she told him, 'now look what you've done.'

When he regained consciousness, Henry was relieved.

According to Dr Greyson, near-death experiences tend to lead to -
A fresh appreciation of life
The ability to 'live in the present moment'
A reduced fear of death.
Posted by Anon at 01:14