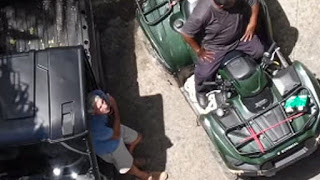 "A drone video of Epstein's island from Friday 30 August 2019 shows a man who could be Epstein." 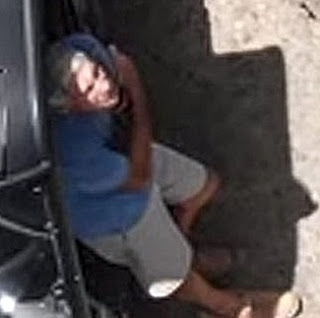 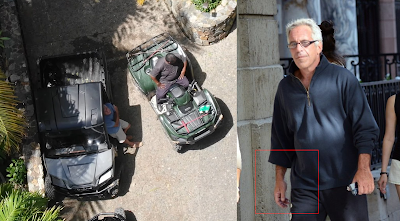 "A drone video of Epstein's island from Friday 30 August 2019 shows a man who could be Epstein."

Is this computer-generated imagery? 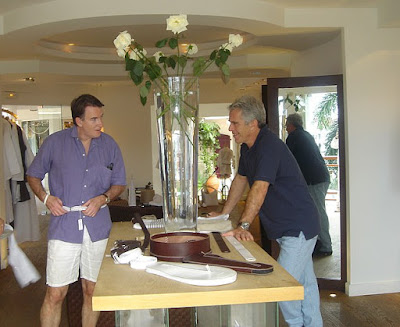 Above, we see the gay Jewish politician Lord Peter Mandelson, in 2005, on the island of St Barts, with his very close friend Jeffrey Epstein. 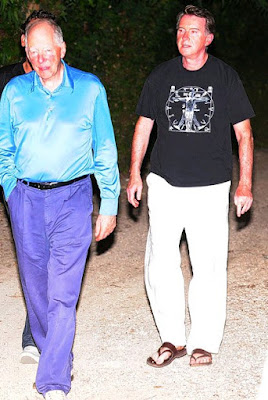 Above, we see Peter Mandelson with his very close friend Lord Rothschild. 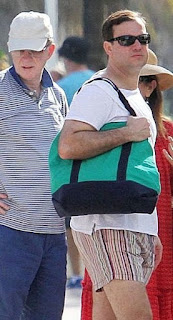 "Mandelso informed viewers of Andrew Marr's Sunday morning programme ... that on top of the couple's £8 million mansion in North London, the pair rent a country retreat.

"The 'modest dwelling', as he purringly described it, turned out to be a four-bedroom cottage ON THE ESTATE OF THE BILLIONAIRE ROTHSCHILDS ...

"Reinaldo certainly has a taste for alternative practice. It was once reported he'd enrolled a witch doctor to put a hex on his partner's political enemies in a ceremony involving the slaughter of a live chicken." 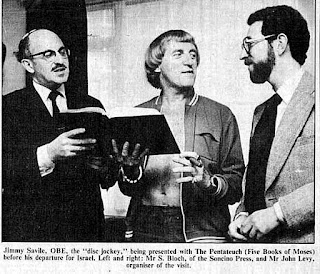 "The Director of the Friends of Israel [Educational] Foundation, John Levy, is giving a lecture about The Middle East in Crisis: The Stowe Connection"

(The child abuse whistleblower Carl Beech says that he was sexualy abused by a gang at Stowe School. Carl Beech was given an 18 year jail sentence for accusing certain top Jews of child abuse)

It was John Levy, of the Friends of Israel Educational Foundation, who organised Jimmy Savile's ten-day visit to Israel in 1975.

John Levy is aquainted with Lord Greville Janner, who was named by Carl Beech as a child abuser.

In 1992, a fire at a property in Brighton killed Adrian Johns, a key witness to the child abuse at Bryn Estyn. Fire victims / The family destroyed by being `in care'. / PARYS LAPPER - MYSTERY DEATH

Jewish figure, John Bercow, is Speaker of the House of Commons.

John Bercow represents the Buckingham constituency in which Stowe School.

In former times this constituency was represented by ultra-Zionist Mossad asset Robert Maxwell, father of Ghislaine.

Having represented the Buckingham constituency since 1997, it seems likely that Mr Bercow would have met and known fellow Conservative and 'Old Stoic', Lord Alistair McAlpine, during an event at Stowe School for alumni (to which a local MP would normally be invited).

John Bercow's wife, Sally, certainly angered Lord McAlpine by her tweeting in 2013 - that is, if one believes the media coverage this generated.

Many, however, believe that the Bercows and Lord McAlpine - both closely linked to Stowe School - were working together to protect the former Tory party treasurer and his tattered reputation from investigation by police and journalists in connection with the Bryn Alyn Community paedophile network.

Reportedly, with the alleged involvement of Lord McAlpine, children from Bryn Estyn and other homes were delivered to Zionist Shirley Porter's Dolphin Square for 'paedophile parties', as well as to other properties around southern England owned by John Allen.

Photos of the Egyptian room at Stowe House:

DID THE MAXWELL'S BACKDOOR THE WHOLE WORLD?

"Does this sound like the precursor to Google and Yandex (Russia)?

"Did the Maxwells backdoor the whole world?"

[WITH LINK TO SHORT VIDEO OF ISABEL MAXWELL EXPLAINING 'MAGELLAN':]

"And to have created the first internet search company without any software engineering background ... hmm"

I don't recall ever before reading that Jeffrey Epstein was "a business associate of Robert Maxwell" (?)

Is this a typo, grammar error, or editing error, on behalf of the Evening Standard?

Or am I reading the relevant sentence of the report incorrectly? 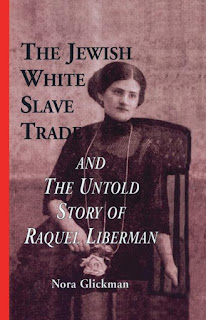 "Epstein wasn't the first Jewish sex trafficker. This seems like a good time to look back at Zwi Migdal, a Jewish global crime syndicate that operated a century ago and trafficked tens of thousands of Jewish women and underage girls as sex slaves ..."

"The Duke of York has been spotted holding hands with Ghislaine Maxwell, 39, over a romantic meal in New York.

"The pair only had eyes for each other as they sat in a quiet corner of an intimate Manhattan restaurant ...

"A member of staff said the couple barely touched their meal as they chatted and caressed each other's hands ...

"Back at Nello's, a staff member said: 'They were more into each other than the food. It was wonderful to watch.

"'Ghislaine is a great girl. She comes in here all the time. Prince Andrew has been here before - last year with Ghislaine' ...

"Oxbridge-educated Ghislaine, who lives off a trust fund worth £80,000 a year, has known Andrew for years.

"Ghislaine has been a constant companion in recent years, and it's clear the well-connected society girl, who has lived in New York since her father died in mysterious circumstances in 1991, has a special place in his heart ...

"Andrew has become a regular guest at the famous dinner parties she holds on New York's prestigious Upper East Side ..." 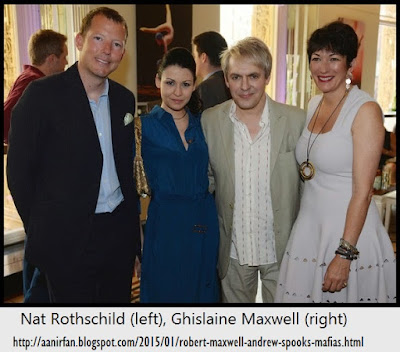 Much of the corporate media now accepts it as 'near certain' that Ghislaine Maxwell's father - Robert - worked for the Mossad and possibly the KGB, etc.

But what is disgraceful is that the corporate media is STILL deafeningly silent on the logical implications of this increasingly undisputed, 99.9% probability, 'fact'.

Don't you think so?

So the situation we have is this: A Mossad agent enters into a close relationship (possibly sexual) with the son of the British Head of State, before, or while, inducting said individual into the Mossad child-trafficking and paedophilia blackmail operation which is her day job.

This is the situation... but 'shhhhhh!' Don't allude to any of this if you work for the corporate media. Just carry on pretending that the story here is *only* about whether Prince Andrew is a paedophile or enabler of very serious sex crimes.

Of course that question must also be resolved. But there are so many others that the mainstream media is suppressing.

In the controlled media, no journalist will touch the logical implications of the things we know to be facts:

- The implications for the integrity of the British State and its governing apparatus, both historically and going forward.

- The implications for UK foreign policy in the Middle East and foreign policy decisions (such as the decision made to go to war with Iraq on a false prospectus) - in the past, now, and going forward.

- The implications for the UK's relations with the State of Israel - in the past, now, and going forward.

- The implications for the monarchy and its future. (For how long, and just how badly, has this institution been compromised? Is the rot spread too far now?)

And if the Brexit Party survives and thrives (which is by no means certain), another Friends of Israel lobbying group will develop within it, too. Count on it.

Where does the Maxwell-Epstein scandal leave these wretched organisations of Israeli State interference in British democracy?

Can they be permitted to derail the integrity of the British State, its legislature, executive, courts, and associated institutions, any longer?

Don't hold your breath waiting for the corporate media to examine these questions.

They're about to turn the survivors into villains, and Prince Andrew into a hapless martyr: 'a victim of his own naive stupidity and the wild fantasies of his accusers', according to the tawdry narrative being hatched. And Ghislaine Maxwell will carry on with her life under a new identity and/or in a new location (looking at you, Israel), and possibly after being partially exonerated 'suicided'.

The corporate media are wholly complicit.