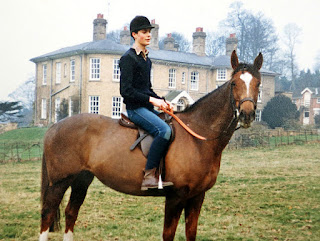 David as a teenager outside Gordon Dawson's Dalby House.

David is a child abuse survivor who was abused by top people at London's Dolphin Square flats, the scene of rape and murder.

The police appear to have gone out of their way to cover up the powerful child abuse rings in the UK. 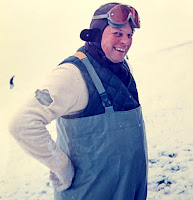 David told BuzzFeed News how he was groomed in Lincolnshire in 1982, when he was 15, by a wealthy landowner called Gordon Dawson.

David was then raped in a Dolphin Square apartment by Dawson and other men.

In 2007, David reported the rapes in Dolphin Square to Lincolnshire Police.

In 2007, Gordon Dawson 'died' in mysterious circumstances, after being contacted by the police.

A surviving friend of Gordon Dawson's who used the same apartment in which David was raped has never been interviewed by the Met (London) police.

In March 2015, the Met (London) police told David that the Dolphin Square apartment block was 'not being investigated'.

BuzzFeed News sent a detailed list of allegations and questions to Lincolnshire police. They replied: "We will not be responding to your queries."

David as a teenager outside Hordon Dawson's Dalby House.

In 1982, David, aged 14, moved with his parents and older brothers to Skendleby, a village in Lincolnshire.

"He was a big figure locally, a local ombudsman, involved in the church and the local dioceses. Well-respected, well-connected, knew everybody."

David  was later taken to Dolphin Square and to church meetings.

Dolphin Square, where the top child rapists were said to live.

Dawson took David shooting on a few occasions to Blickling Estate, in Norfolk.

"A SPILSBY-area farmer found dead in the grounds of his home was under investigation for sexual abuse.

"At an inquest into the death of Gordon Harry Dawson, it emerged that, since October last year, no fewer than six individuals had made complaints to police... 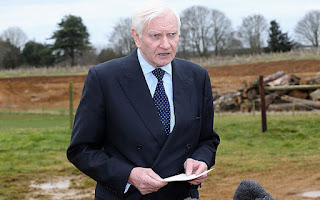 Famous people from Lincolnshire include:

Sir Peter Tapsell whose son, James (b. 1966), committed suicide in 1985.[13] Sir Peter was Member of Parliament for Louth and Horncastle in Lincolnshire.