1. Have some of the Christchurch school staff left the school?

"Galyna Upson owns a business right now down the street from the school...

2. "In the retraction interview with the police, Gabriel says 'yes babies were killed'

"Then the interviewer coaxes him into the zorro mask theory by asking 'But I thought you told me you saw it in the movie the Mask of Zorro'."

(No babies are killed in Mask of Zorro)

"On September 11th Alisa & Gabriel were taken into custody by social workers and 5 days later they detracted their statements about their father and the satanic cult."

"Notice the demeanor of the girl in the first interview compared to the third. In the first & second she seems confident & sure of herself.

"In the third interview when she detracts her statements and claims her mom & Abraham did stuff to them, she seems loopy and keeps biting her cheek, like she had a tooth pulled or is drugged. 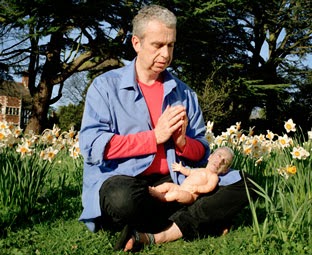 5. "In the retraction videos from September 17 they exhibit all of the hallmarks of a child who is coached or coerced into lying; e.g.., Gabriel fidgets nervously, he evades the questions, he gazes downward before answering, his body posture is guarded, and so on.

"These mannerisms were strangely absent in the previous videos where he spoke candidly and fluently about the abuse.

"Furthermore Gabriel gives some very strange, inconsistent answers. When the interviewer asks him if Papa kills babies, Gabriel answers repeatedly, 'Some, but not many.'"

"I know how corrupt the family law is here as I escaped my abusive ex that was into dark stuff in 2007 only to be put through the courts and fact finding hearing, police intimidation and reluctance to help, false reports the whole 9 yards.

"I advised my solicitor of what my husband and his associates were into including officers at the local police station and freemasons...her answer to me was it would be too 'dangerous' to bring to court. Me and my 2 children labelled liars instead (other 2 children are from my second marriage.

"After 2 short (so called) supervised contacts with their Father my children then retracted their statements against him, thus he gained more access to them and they then began making allegations towards me, eventually he gained custody of them."

The UK police are famous for extracting false confessions from innocent victims.

Birmingham Six
Posted by Anon at 23:41