When we wrote about an innocent black kid who was executed, we received a number of comments from sick trolls.

The excellent K Patrick Ryan noted the following about the trolls:

1. "Oh dear God, some of the worst are those who use the bullshit 'liberal' v 'conservative' canard."

2. "Yeah, I really don't comprehend the vitriol spewed against Blacks/'Mexicans'...

"My Irish forefathers were run off their own land and considered to be wholly inferior to their British counterparts.

"When the Irish were left with no choice but to migrate to Britain, there they were held in contempt.

"That's not at all different from today in that, for instance, Mexicans have had their livelihoods decimated by NAFTA and many have no choice but to come North if they wish to survive...

"For what it's worth I stand with my brothers of all walks of life against the enemy shared (even if that enemy is unknown to the majority, it is shared nonetheless) by all life on this planet...

"So why weaken our cause by separating ourselves by race in an effort to prove some grand notion that 'I'm more special than the other guy'..."

Now, let us look at this sad story:

Manchester teen girl killed herself because she was scared to tell her Christian parents she was lesbian....

If we were to write sympathetically about all the kids who kill themselves because they are bullied about being 'gay', we would then receive a torrent of abuse from trolls accusing us of being Jewish, lesbian, liberal etc.

We used to have a lovely old neighbour called Betty.

Betty was Jewish and many members of her family had been murdered by the evil Nazis.

If we were to write in detail about Betty, we would no doubt be accused of being Jewish.

If we were to write more about that we would be accused of being anti-White.

This blog has long campaigned against child abuse, so, the trolls want to make out that we are promoting child abuse.

We have travelled the World and would say that there are good people within every race and religion, without exception. 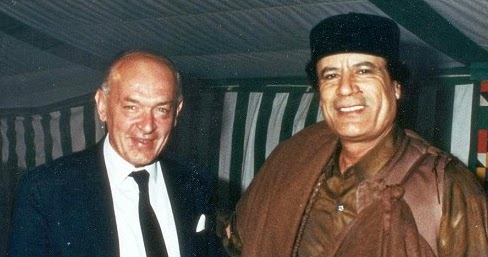 And we should not be swift to condemn the 'criminal' and 'poorly performing' poor 'Whites'.

I remember visiting a white family in their tower block flat in a very rough part of Castlemilk in Glasgow.

The stairway was covered in graffiti, vomit and urine.

The family's front door looked as if it had been attacked by an axe.

Over the centuries, these poor Whites have been treated just as badly as the poor Irish or the poor Blacks or the poor Jews.

The elite herd the poor into ghettoes.

The Member of Parliament for Castlemilk was Teddy Taylor, a right wing Conservative.

The poor Protestants were conned into voting for Taylor because of Taylor's right-wing protestant Christian views.

A famous local headmaster assured me that Teddy Taylor was actually a crypto-Jew.

Of course, the Labour Party in Glasgow is no better than the Conservatives.

So, where is the enemy?

The enemy is in all of us - when we lack compassion and go to extremes.