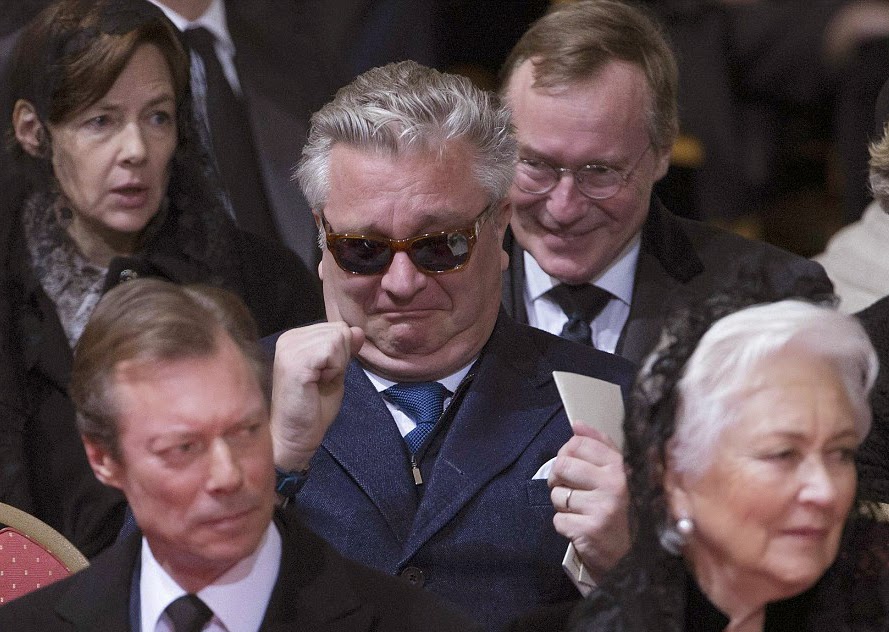 Above we see Prince Laurent (dark glasses) at the state funeral of Belgium's dowager Queen Fabiola , who died in December 2014.

Above we see Princess Louise and Prince Aymeric of Belgium who were among the mourners.

Fabiola (above) was married to King Baudouin

Belgium is associated with the kidnapping, sexual abuse and murder of young girls.

In Belgium, Marc Dutroux's gang supplied kids to members of the elite for sex.

(deel dossier dutroux op wikileaks - Politics.be - [ Translate this page] 2010)
On 9 April 2014 it was reported that Prince Laurent, the King of Belgium's brother, 'tried to kill himself during bout of depression.'

Among the names listed as allegedly being part of the Dutroux Affair:

US General Michael Aquino (who has had an important role in military psychological warfare; involved in "Monarch" brainwashing).

One investigating officer in the Dutroux Affair, Baudouin Dernicourt, had links to the CIA's Gladio operation.

Police Commandant Jean-Luc Duterme had helped to close down the 1979 Montaricourt-Israel investigations, which involved a high level European-wide prostitution network (165).

(187) (PEHI - Beyond the Dutroux Affair) (http://archive.org/stream/BeyondTheDutrouxAffairs_721/DutrouxSatanischeKindermordeDurchDieElite_djvu.txt)

After World war II, Paul Vanden Boeynants and Baron de Bonvoisin were pillars of the 'fascist underground' in Belgium.