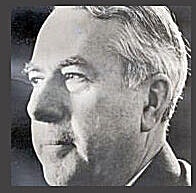 Professor Geddes MacGregor
Professor Geddes MacGregor, the late Christian theologian, believed that REINCARNATION was edited out of the Christian Bible by certain Catholics.
'Increasing evidence brought to light from various historians and skeptics show that there was a lot of information that was not only left out of the Bible, but disinformation that was deliberately added after the New Testament was released.'

MacGregor argues that "Christians did believe in reincarnation".

"All written evidence of reincarnation in early Christian teachings and in the Bible was deliberately suppressed by the Catholic church."

Reportedly, a large percentage of early Christians believed in reincarnation.
....

Thanks for this great collection of links. A pleasure to read something different and deep on this, the day of the inauguration of the fraud. This is something I KNOW I was born to witness. We have all seen these traumatic events of civilizations before us and know what is to come. This gives me the inner peace of knowing the human spirit will survive no matter how they try to eliminate it.
My blogs -
SNIPPITS AND SNAPPITS