1. Bichip was set up as a Microsoft company and Bichip's parent company BEZH International is still a Microsoft partner.

Reportedly, Bichip has been working on microchip implants. 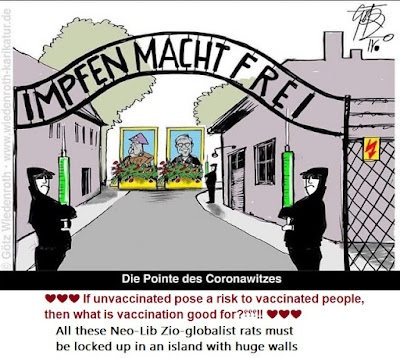 Dhalvad was born in Israel and first came to Denmark as an attache to the Israeli embassy in Denmark.

'Starbucks, Beyond Meat, Impossible Foods, Microsoft, and the Gates family are all tied to an elite, shadowy consulting firm.' 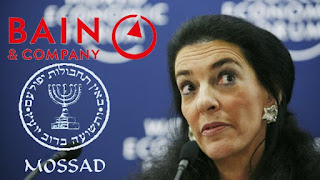 How easy is it to control people?

Jonestown - linked to the CIA and World Vision 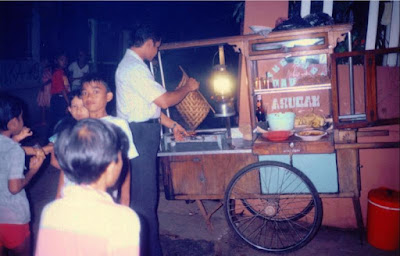 "About 1.6 billion workers from the informal sector are in dire straits because of the lockdowns governments have imposed to stop the spread of the virus.

"According to the ILO, some 60% of the world’s workers are in the informal economy, working without contracts, safety nets or savings.1 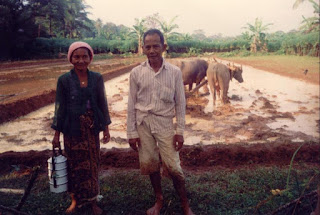 "Now, because of quarantines and confinement, stoppages and curfews, there is no work.

"No work means no income. No income, no food.

"Without alternative income sources, the ILO warned, “these workers and their families will have no means to survive”.3 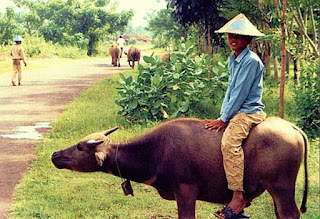 "If workers in the informal sector are not able to feed themselves, they are also unable to continue feeding millions, if not billions more.

"Informal labour is what keeps food systems functioning in most of the world: it accounts for 94% of on-farm labour globally, and a big part of the workforce in food trade, retail, preparation and delivery in many parts of the world.4" 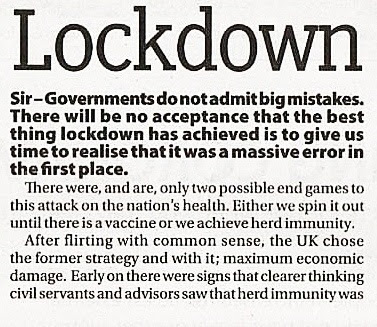 Some politicians are more decent than others. 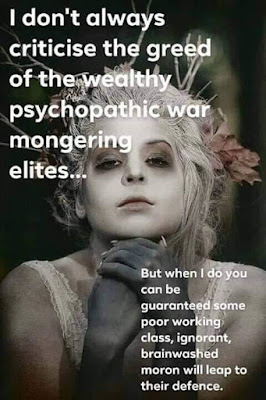 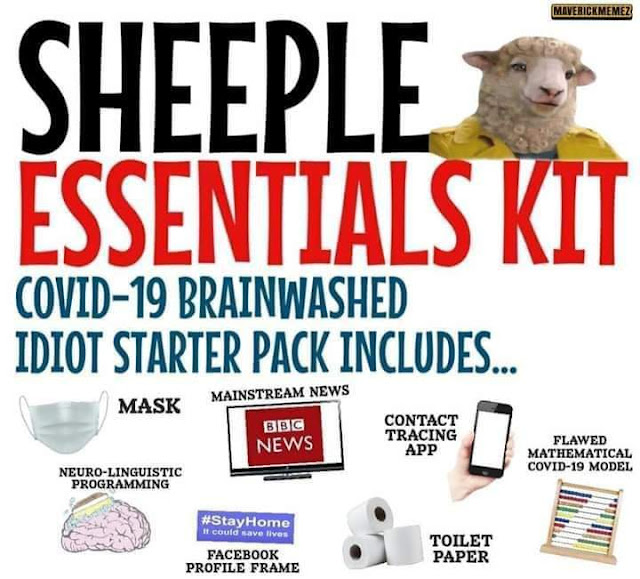 Don't be a sheeple.

The Scamdemic was planned many years in advance.

Scotland is to be for the rich elite, and for military exercises.

Coronavirus in Scotland: ‘Economic Highlands clearance’ risk as young people leave in their droves to search for work, experts have warned.

Tourism spend in the Highlands alone is worth more than £1 billion a year and the sector employs more than 15,700 people.

Tourism spend in the Highlands alone is worth more than £1 billion
thetimes.co.uk 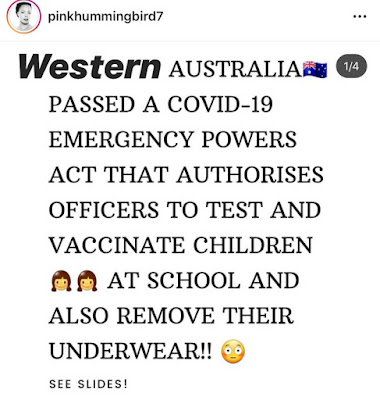 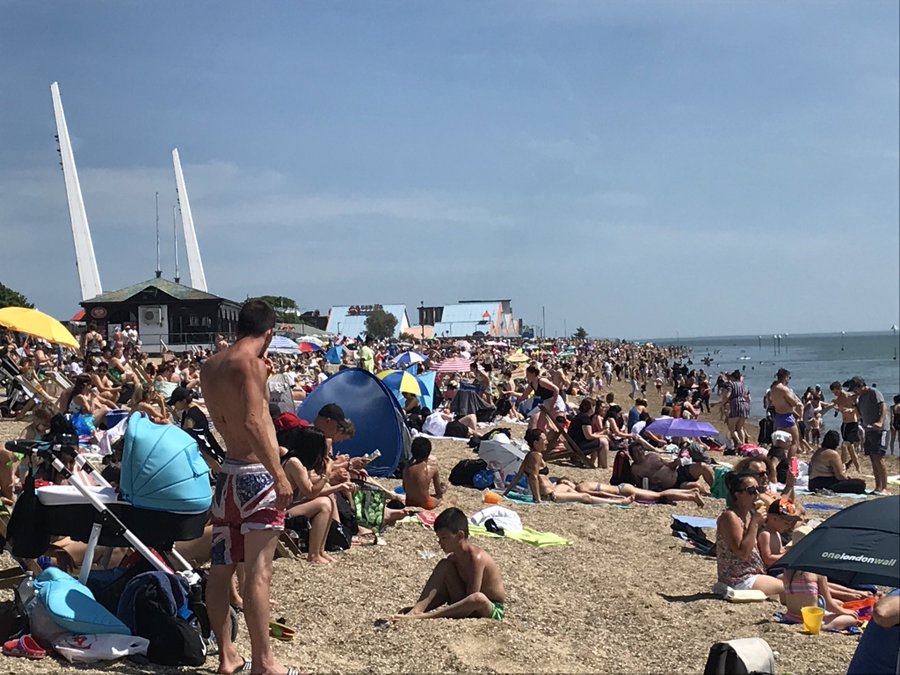 At least some people in the UK are ignoring the Scamdemic. Above we see a very recent photo of Southend. 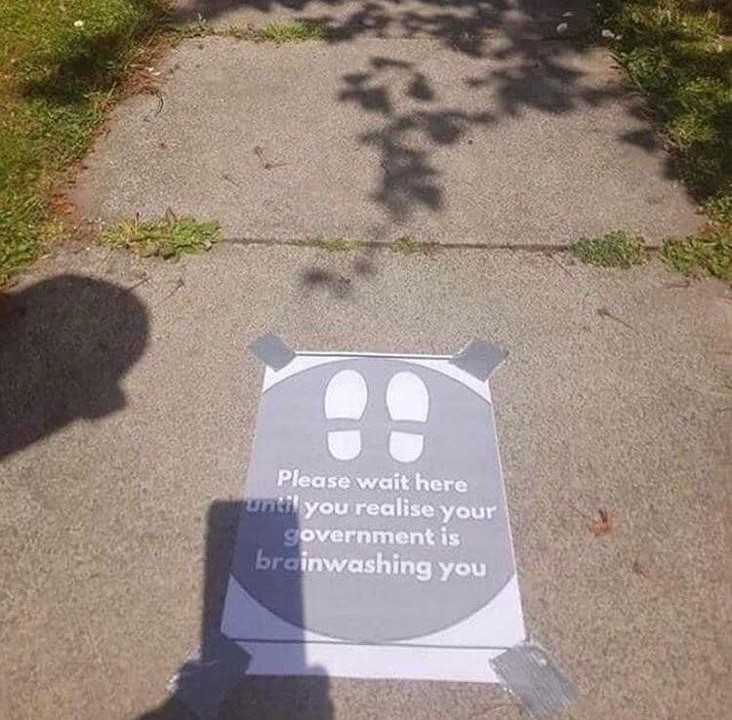 You ask, how does the Illuminati have the chutzpuh to pull off a stunt like the #scamdemic.

It's small potatoes compared to some of their other frauds -  WW1, the Great Depression, WW2, the Cold War, Korea, Vietnam, Iraq, Afghanistan 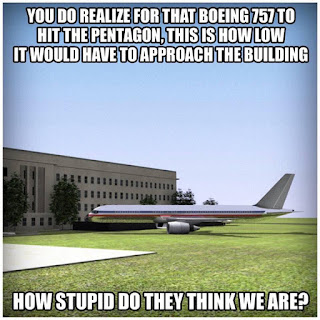 Dr. Richard Hatchett, a member of the US National Security Council during the first Bush Jr. administration, was recommending obligatory confinement of the whole population back in 2001.


Is the Lockdown the Greatest Policy Disaster in U.S. History ... 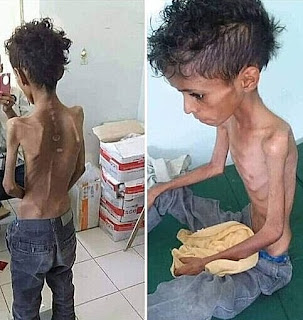 "The health and economic impacts that the COVID-19 pandemic AND SHUT DOWN have inflicted on developing countries are severe.

"Up to 60 MILLION PEOPLE will be pushed into EXTREME POVERTY"

Millions of poor people will die as a direct-and-predictable consequence of the coronavirus 'safety measures' that have caused mass job losses, dramatic loss of income, disrupted food supply chains, and robbed poorer nations of their ability to fund healthcare and poverty alleviation programmes. 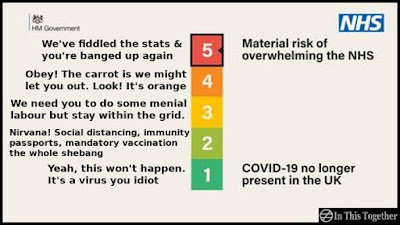 This is the technology that may be used in Gates' vaccine. The CRISPR Baby Scandal Gets Worse by the Day.

The alleged creation of the world's first gene-edited infants was full of technical errors and ethical blunders. 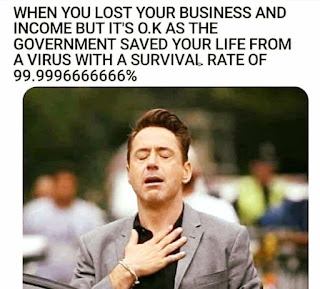 Kawasaki disease is a serious immune disorder that has been associated with several vaccines in clinical trials and case reports, including Hepatitis B, Rotavirus, Yellow fever, Pneumococcal conjugate, Influenza, and Group B meningococcal vaccines... 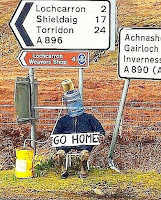 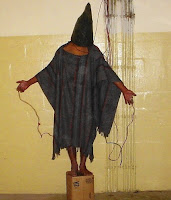 Victims of the Powers That Be?

Toronto Reader: "My elderly Mom's Personal Support Worker came today. I asked her if anyone had COVID-19. She said no. She said some elderly patients have sores but they told her that once you go to a hospital, you never leave. No family is around to help & people just disappear. 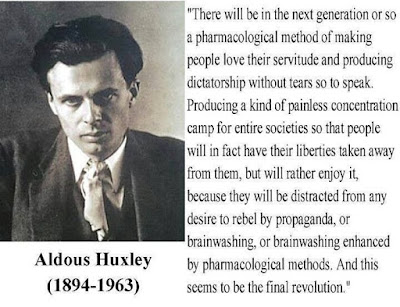 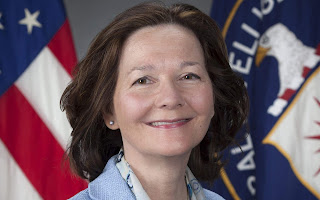 If you would like evidence that this was a planned event, look no further.

In the UK we weren't under all the self isolation orders in March.

None of the fear was cranked up at that point.

Even at the end of March.

But, on March 22nd 2020 a well organised paper had been agreed upon, seconded, rubber stamped and published.

All before we had the pandemic.

It had been decided that fear was the preferred tool of propaganda.

Especially as the agenda was to make it a sort of germ equivalent of a terrorist attack. Be afraid, be afraid... 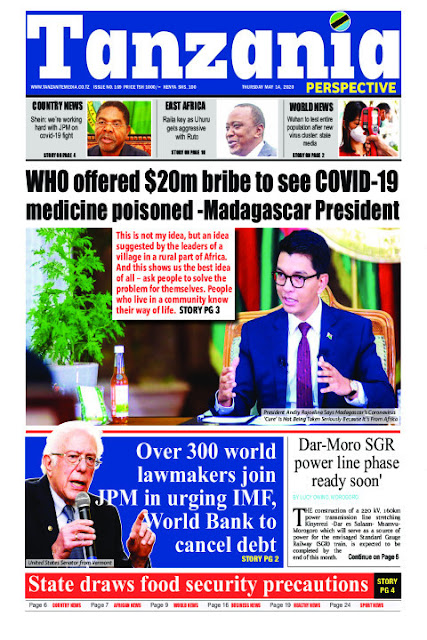 "The President of Madagascar has said that the WHO offered a $20m bribe to poison a COVID-19 herbal cure. The herbal remedy called COVID-19 Organics made from Artemisia can cure COVID-19 patients within ten days said the President.  Remedy

The key word there is 'adherence'.

It's the acceptable user-friendly version of obedience.

Remember, the plan was a rehearsal for martial law after all.

The number of diagnoses and deaths at this stage were both low.

Yet it was decided that we needed to be scared out of our minds.

Like they knew that it would remain undetectable, unidentifiable but lethal.

Early, politicians said they'd 'know more' once the 'behavioural scientists' had reported to them. That's psychologists for the uninitiated.

Boris Johnson made the announcement.What could psychologists tell us about a virus ? Even less than a software magnate. But that's proof of this being an exercise in conditioning. 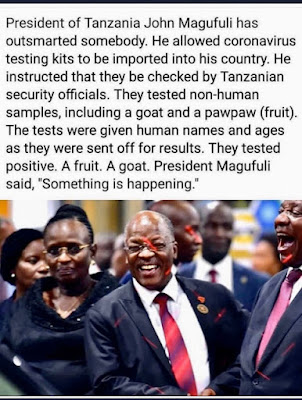 The appendix at the end of the paper has a summary of 10 'strategies'. Here are a few of them :

2- Use media to increase the sense of personal threat. (And haven't they just)

3- Use the media to increase the sense of responsibility to others. ( Like call the police if anyone isn't self isolating or social distancing)

6- Use and promote social approval for desired behaviours (see above )

8- Consider use of social disapproval for failure to comply. (ostracise free thinkers ) 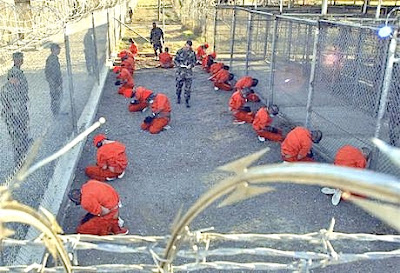 Is this your future?

It's been a classical conditioning exercise.

Legislation has included allowing doctors (and officials) to tell lies on death certificates to increase the death rate and fear.

On the spot fines for anyone not social distancing or self isolating.

And ALL of this was decided BEFORE the virus allegedly took hold.

''The whole aim of practical politics is to keep the populace alarmed (and hence clamorous to be led to safety) by menacing it with an endless series of hobgoblins, most of which are imaginary '' ( H L Mencken)

''Fear is the foundation of most governments'' John Adams, US founding father and 2nd president.

Fear is the best tool in a dictatorship's toolbox.The population will submit more readily to the 'rescuing' masters if they'd been in fear long enough. 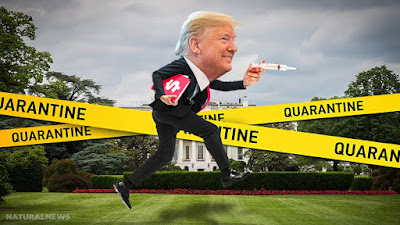 Trump supports having a Coronavirus vaccine. 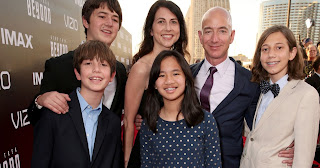 "With Final Fantasy 7 Remake selling over 3.5 copies, Amazon pocketing over 20 billion off the closure of businesses, and Bill Gates making a fortune from schools switching to online education, the pandemic seems to be helping the mega giant corporations.

"And that’s the end game, the powers that be want to squash out small businesses so corporations reign supreme. You can buy ice cream at Walmart, but not from a mom and pop store." 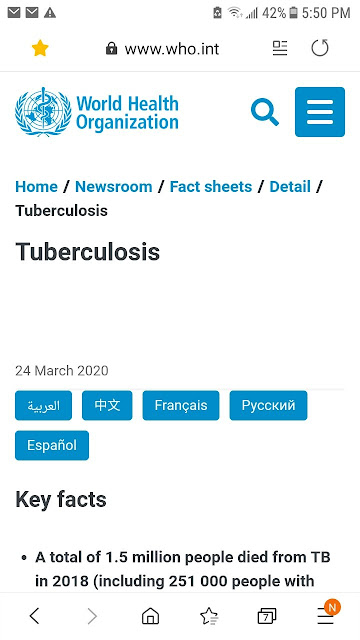 Here are the 10 steps you should employ, if you want to turn an unthreatening virus into a global power grab.

1. Start with a poorly defined virus, add an inaccurate test for it, and encourage as many terminally or critically ill people as possible to be repeat tested until they test positive.

2. Report your inevitably very high death rates and get vague about whether these people died OF the virus or simply WITH it. 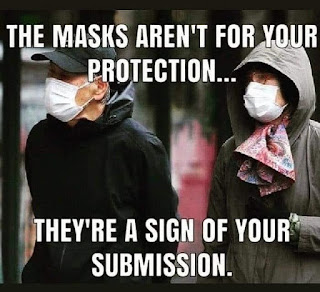 3. Create a ‘response’ to the ‘crisis’ that rolls out a vast network of authoritarian measures, some of which have been in planning for a long while, and only a minority of which have any possible application to pandemic-prevention. (Make sure to cancel elections until further notice and to hugely increase police powers of arrest and surveillance)

5. Change your laws in numerous ways to allow almost all of these new deaths to bypass normal checks and balances and be easily diagnosed as ‘covid-19 related’, either with the inaccurate test or simply by ‘clinical presentation’. 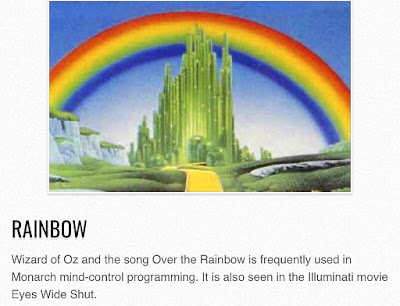 6. In case some attending medics are reluctant to go along with this, change the law to allow a single MD, who may never even have seen the patient in question, to diagnose covid19 at his/her own discretion.

7. Report the startling numbers of ‘new cases’ you find as a result of these various manipulations, as evidence for how essential the new authoritarian measures are for ‘saving lives’.

8. With no sense of irony introduce mandatory Do Not Resuscitate (DNR)s for any demographic you consider useless eaters. (If challenged talk about human suffering, limited healthcare resources and ventilators) 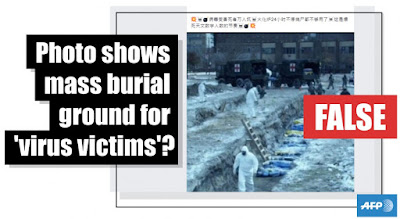 9. Don’t forget to add any ensuing deaths to the covid19 totals.
10. Make sure the media calls anyone who questions any part of this a ‘conspiracy theorist’.

Not only will these ten steps allow you to create a quasi-fascist police state, but the chattering classes will actually criticise you for not being enough of a police state and beg for more.

via 10 Steps to Turn a Pandemic into the Brave New Normal — OffGuardian
...

Best not to wear a mask? 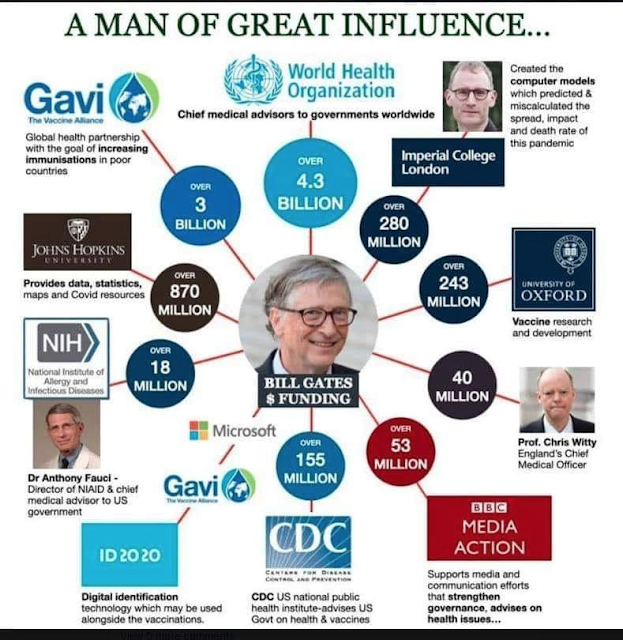 #AyaHachem was 19 yrs old and a youth ambassador for The @ChildrenSociety .

Looks like a #ContractKilling so obvious line of enquiry for @LancsPolice should be: had young ones confided in Aya about sexual abuse. Powerful people with chums at the top have abused with impunity.