Democrat Julian Castro was mayor of San Antonio Texas, and served as secretary of housing and urban development under Barack Obama

Julian Castro has visited Israel and has spoken of his admiration for Israel. 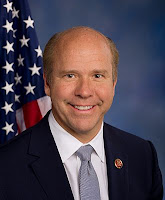 Tulsi Gabbard has represented Hawaii in the U.S. House since 2013. She previously served in Iraq.

Tulsi Gabbard, in 2012, became the first Samoan American and the first Hindu member of the United States Congress.

Tulsi Gabbard has been friendly towards Syrian President Bashar al-Assad.

She had to apologize for past anti-gay comments.

As of 2019, Gabbard supports same-sex marriage.

In March 2015, Gabbard said that the United States’ relationship with Israel "must rise above the political fray, as America continues to stand with Israel as her strongest ally."[86]

In January 2017, Gabbard said that she shared the Obama administration’s reservation about the harmful impact Israeli settlement activity has on the prospects for peace."[86]

Democrat Andrew Yang is a tech entrepreneur who created the test-preparation company Manhattan Prep and then Venture for America, which tries to incubate start-ups.

Andrew Yang was born in Schenectady, New York,[5] to immigrant parents from Taiwan.[6]

Andrew Yang favours a $1,000 per month universal basic income for every American adult.

"As part of his focus on reducing military spending, Yang would redirect 10 percent of the annual military budget to a domestic infrastructure initiative." 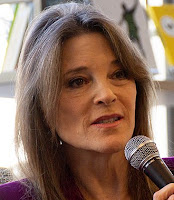 Democrat Marianne Williamson is a Jewish author, lecturer, and activist.

Marianne Williamson is the founder of Project Angel Food, a volunteer food delivery program that serves home-bound people with AIDS and other life-threatening illnesses.[4]

She is also the co-founder of The Peace Alliance, a nonprofit grassroots education and advocacy organization supporting peace-building projects.[5]

She writes on her website, "My campaign for the presidency is dedicated to this search for higher wisdom."

She criticized Hillary Clinton for coziness with corporate interests.

Williamson is a life-long anti-war activist.[58]

She has also stated that the U.S. needs to be an "honest broker" in the Israeli–Palestinian conflict.[59] 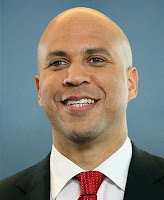 In September 2017, Cory Booker joined Bernie Sanders and 14 other co-sponsors in submitting a single-payer health care plan to congress called the "Medicare for All" bill.[144]

On foreign policy, Booker supports scaling down U.S. involvement in Afghanistan and is against intervention in Syria.[145][146]

After the US strike on Syria in April 2017, he criticized military action "without a clear plan" or authorization from Congress.[147]

He supports a two-state solution to the Israeli–Palestinian conflict.

On Iran, Booker has stated the country poses a direct threat to American and Israeli security and feels all options should be on the table for dealing with the conflict.[145]

However, his decision to back the Iran nuclear deal framework[148] damaged his long-term relationship with Jewish voters and supporters.[149] 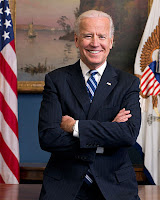 Joe Biden was a long-time member and former chairman of the Foreign Relations Committee.

He voted in favor of the resolution authorizing the Iraq War in 2002 but opposed the surge of U.S. troops in 2007.

Biden is a strong supporter of Israel.

There have been multiple photographs of Biden, aged 77, engaged in what commentators considered to be inappropriate proximity to women and children, including kissing and or touching.[373][374][375]

The order makes his state the first to push back on the Federal Communications Commission’s decision to repeal the open internet rules.

Bullock is a persistent opponent of big money in politics. 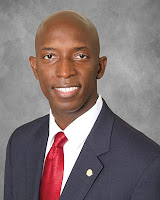 Wayne Messam, an American businessman and mayor of Miramar, Florida.