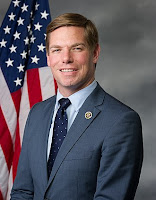 Swalwell has a seat on the House Intelligence Committee.

Swalwell is running on a gun-control platform. 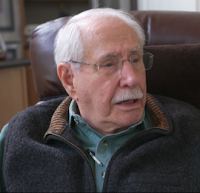 Democrat Mike Gravel, aged 88, who represented Alaska for two terms in the Senate.

Mike Gravel opposed the Vietnam War and the Iraq War.

Gravel wants Direct democracy (people vote on issues such as Syria), and an end to nuclear proliferation.

Gravel, in relation to 9 11, said: "We killed 58,000 American servicemen in the Vietnam War and all they did was die in vain.

"What's so unusual about killing 3,000 more in order to develop the grist for the mill to empower into infinity the military industrial complex?" [207]

Gravel discourages the idea of people actually voting for him.

His own preferences are Bernie Sanders or Tulsi Gabbard, both of whom stress a non-interventionist foreign policy.[208]

Tim Ryan is 'a friend of labor, and he's concerned about the fate of manufacturing.'

In April 2016, Ryan tweeted, "I was in Jerusalem a few weeks ago & saw firsthand the dangerous threat Israelis face. Israel has the right to defend itself from terror."[19]

Ryan, whose mother is Italian, worked as an aide to Congressman Jim Traficant, who was convicted of taking bribes, filing false tax returns and racketeering. 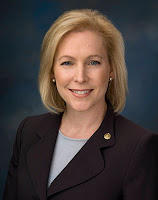 Kirsten Gillibrand is strongly opposed to any boycotts of Israel.

"Court documents confirmed that Doug Rutnik, the father of Kirsten Gillibrand, once worked as a lobbyist for the secretive Nxivm sexcult."

O'Rourke denounced the move of the US embassy to Jerusalem as "provocative."

He supports a two-state solution and believes that the U.S. could best support a peaceful settlement by urging Israel to discontinue Israeli settlements in the West Bank and assist the Palestinian Authority to negotiate in good faith and recognize Israel's right to exist.[166]

O'Rourke criticized Israeli Prime Minister Netanyahu following his comments about annexing the settlements in the occupied West Bank after the 2019 Israeli election, calling him a "racist".[167]

In April 2019, he called the U.S.-Israel relationship "one of the most important relationships that we have on the planet."[168]

O'Rourke opposed the U.S. involvement in the Syrian Civil War and providing arms to the rebel fighters in Syria.

He also called the NATO-led military intervention in Libya a "factor in the destabilization of the Middle East and the rise of ISIS."[173]

O'Rourke said that U.S. involvement in Central America "has not been a very positive one over the last 60 years. You can go back to the coup [in Guatemala] that overthrew Jacobo Arbenz in 1954, fully backed by the Eisenhower administration and the Dulles brothers, who had an interest in the United Fruit company, whose fight with the government really precipitated the crisis that led to the coup."[179]

Like Obama, 'his reputation is perhaps more liberal than his voting record.'

Democrat John Hickenlooper was the governor of Colorado.

In 2013, Hickenlooper made the trip with Larry Mizel, a prominent Jewish Colorado businessman.

In Israel, he had a nearly hourlong meeting with Prime Minister Benjamin Netanyahu and a three-hour dinner with former prime minister Ehud Olmert.

"He thinks Colorado and Israel are natural partners — in the cannabis industry."