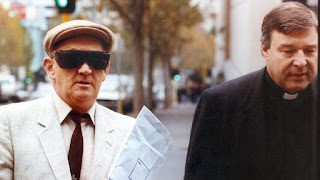 Cardinal George Pell said that Germans suffered more than Jews during the Holocaust.

Pell said 'the little Jewish people' were shepherds who were morally and intellectually inferior to the ancient Egyptians.

Pell opposes intervention in Syria, which may have made him unpopular with the Kosher Nostra. 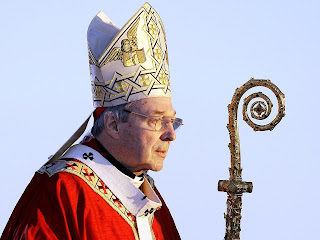 George Pell - who is alleged to have sexually abused two choirboys, in Australia.

In 1996, the two allegedly 'nicked off' from the procession following a Sunday mass and were allegedly caught drinking red sacramental wine in the priest's sacristy by Pell, newly installed as Archbishop of Melbourne.

No witnesses testified that they saw the boys leaving the ceremony or returning unexpectedly.

Pell said he always spoke to parishioners on the steps of the Cathedral immediately after saying mass.

The ten pieces of evidence George Pell used in his defence 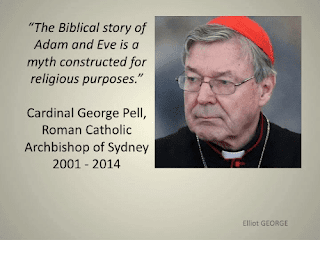 Allegedly, in the sacristy (changing room), Pell, who was dressed in his ceremonial robes,  scolded the boys and then molested the pair. He then allegedly forced one to perform oral sex on him, the court was told.

One of the alleged victims, who has since died of an overdose, denied, to his parents, that he had ever been abused.

"Choir members said this 'victim' became difficult at school. He became angry and even 'a bit of a bully' who began to dabble with heroin."

The location of the alleged assault was in 'a public area' and 'Pell would have known that someone could have walked in at any moment'.

The complainant said that the sacristy door was wide open and altar servers were passing along the corridor.

The complainant's initial claim to police was that Pell had parted his vestments, but an alb (ankle length tunic) cannot be parted; it is like a seamless dress. 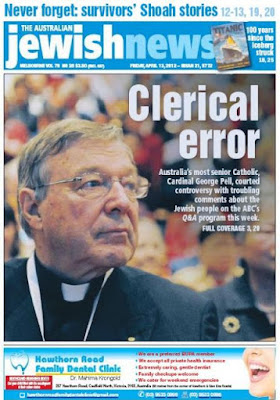 The victims said he caught them drinking sacramental red wine 'but only white was available'.

HOWEVER, there has been a lot of child abuse in Australia.

In June 2002, Pell was accused of having sexually abused a 12-year-old boy at a Roman Catholic youth camp in 1961 whilst a seminarian.


"A judge banned police prosecutors from using crucial evidence that Pell sexually assaulted two boys in a school swimming pool in the 1970s, which forced the DPP to drop the charges.

"Further, the Victorian police have refused to take witness statements from other George Pell victims including Dean Henry.

"Cardinal George Pell ritually abused James Shanahan. Further, Pell was in the audience during the Luciferian ritual I attended at St Mary’s Cathedral when I was 14 years old, and which I described in my Candy Girl amateur documentary.