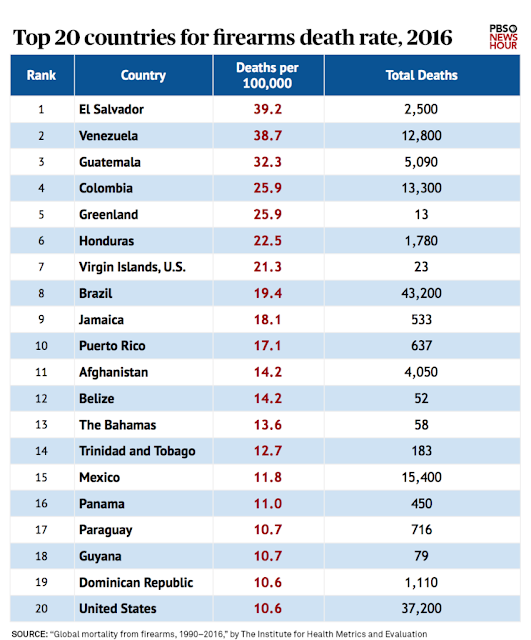 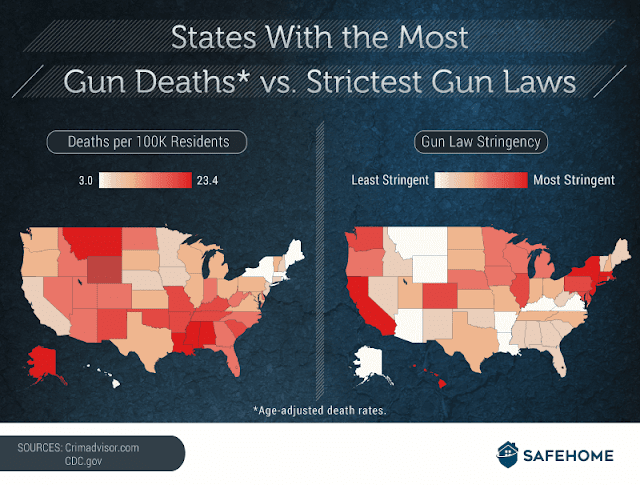 Washington and Rhode Island have some of the most restrictive gun laws in the U.S., they fall on the lower end of firearm death rates in the country.

Louisiana, Mississippi, Alabama, Tennessee and Arkansas currently fall within the top 10 for firearm deaths. One legislative similarity that all of these states share is that none of them require license, registration or permit to buy a gun.

"There are more domestic homicides and suicides with a firearm in Switzerland than pretty much anywhere else in Europe except Finland...

"Over the last 20 years, now that the majority of soldiers don't have ammunition at home, we have seen a decrease in gun violence and a dramatic decrease in gun-related suicides. Today we see maybe 200 gun suicides per year and it used to be 400, 20 years ago. "

Heavy machine guns and automatic weapons are banned, as are silencers.

In most cases the buyer needs a weapon acquisition permit, issued by the cantonal police.

This will be refused if the applicant has a criminal record, an addiction or a psychiatric problem.

A special permit is needed to carry a gun in public - and is usually issued only to people who work in security, once they have passed theoretical and practical exams.

Guns are more tightly regulated than many assume.