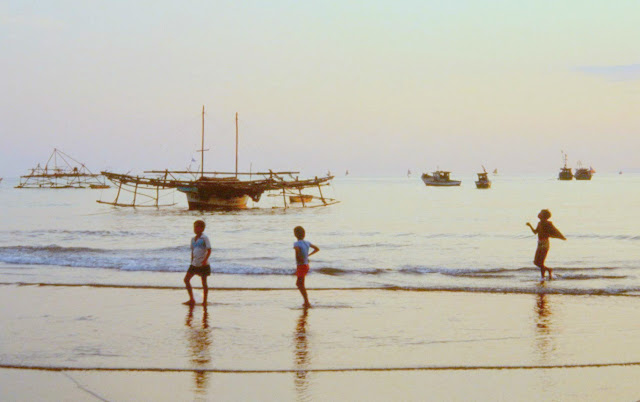 Andre Vltchek writes that "the tsunami which struck West Java on the 22nd of December, 2018, killed hundreds of people.

"It is almost certain that the death toll will soon climb to thousands." 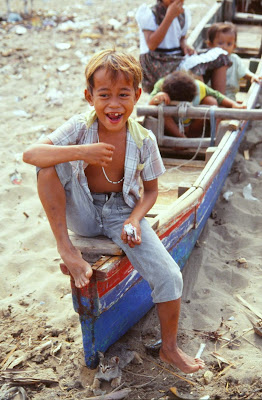 Andre Vltchek writes: "Yesterday, I drove to the West coast of Java.

"I witnessed ... as on so many previous occasions, the absolute collapse of state functions, the phlegmatic unwillingness to mobilize, as well as the absolutely shocking helplessness of the victims." 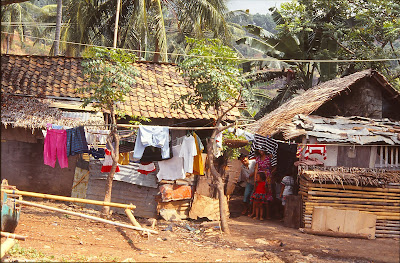 The Indonesian generals, trained in the USA, pull all the strings. 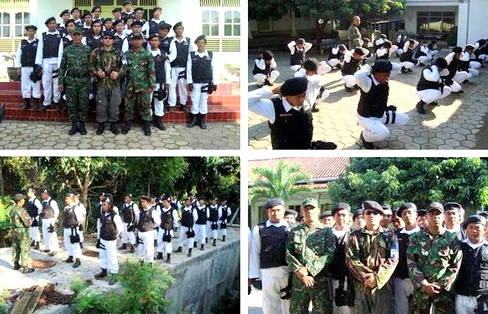 Above, we see the Indonesian military training the friends of ISIS, the FPI. ISIS is said to be run by Mossad and its friends.

The Indonesian generals control the Islamists.

The Saudis finance the 'mind-control' of growing numbers of young Indonesians. 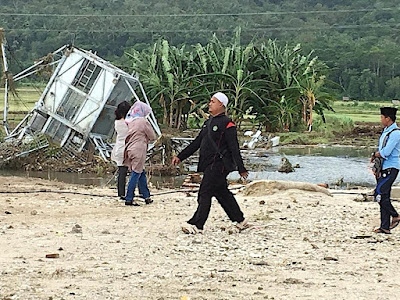 Andre Vltchek writes: "The entire coast is covered by Poskos (posts) that are, at least in theory, erected there, in order to provide relief to the victims.

"But most of them belong to political parties, or to religious organizations, interested only in showing off and in promoting their own agenda.

"There are extreme-right-wing groups like Pemuda Pancasila, with members snapping selfies of each other: or having leisure lunches and dinners at what had still survived of the local restaurants." 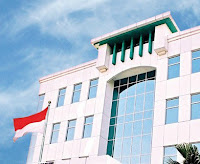 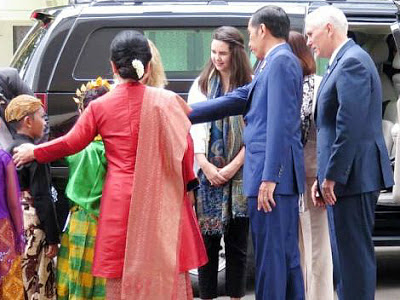 PENCE IN JAKARTA TO PROMOTE ISLAMISATION .

Andre Vltchek writes: "Islamists in white robes are pointing their thumbs towards the sky, laughing loudly and ridiculously, and shouting 'Prabowo' referring to the presidential candidate.

"Prabowo, a former army general, is a brutal military man, known to have committed countless crimes against humanity..

"His posters are visible everywhere along the coast, and his people pose for cameras and for mobile phones, promoting their movement all along the ruined beaches." 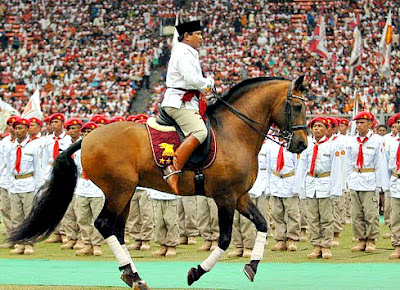 Former General Prabowo Subianto wants to be the next president.

Prabowo was trained at Fort Bragg and Fort Benning in the US. 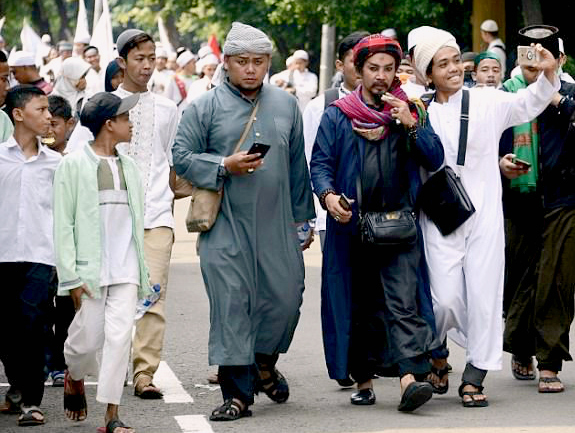 Above, we see Mad Islamists in Jakarta, surrounded by their boyfriends.

Andre Vltchek writes: "It is now clear that the early warning system failed the people of West Java.

"It was reported that it was ‘vandalized’. In fact, it was stolen.

"Supplied by Malaysia, Germany and UK, it was looted by local folks.

"And the government knew it, and did nothing at all to replace it."