How does the Kosher Nostra control the USA?

Moore, an advocate who investigated abused and trafficked children, had been investigating allegations by a 26-year-old man that - as a young boy - he was sexually assaulted by Bill Clinton and pimped out at private sex parties attended by other D.C. elites.

Just four weeks before her death, Moore filed details of the alleged victim's claims with the Department of Homeland Security, detailing the allegations against Clinton.

A week later, she contacted the FBI with identical details about the victim and the allegations against Clinton.

FBI sources report no case has been opened on the evidence supplied by Moore. Homeland Security officials could not be reached for comment. 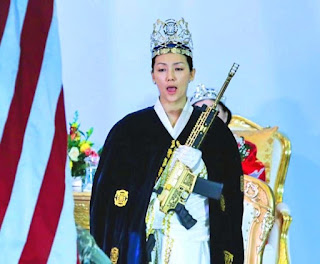 Christianity in the USA means love of  guns, and child abuse and the Israeli Nazis? Pennsylvania church blessing

The Roman Catholic Church in Pennsylvania covered up child sexual abuse by more than 300 priests over a period of 70 years, persuading victims not to report the abuse and law enforcement not to investigate it, according to a report issued by a grand jury on 14 August 2018.

The report said there are likely thousands more victims whose records were lost or who were too afraid to come forward.

"It catalogs horrific instances of abuse:

A priest who raped a young girl in the hospital after she had her tonsils out.

A victim tied up and whipped with leather straps by a priest.

Another priest who was allowed to stay in ministry after impregnating a young girl and arranging for her to have an abortion." 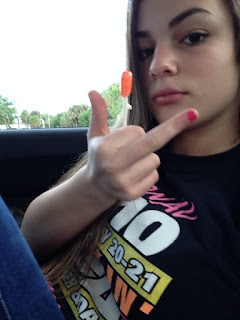 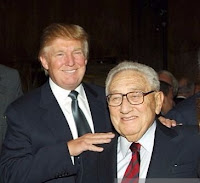 "The 5% discrepancy between the exit polls and 'results' in the key swing states of North Carolina, Pennsylvania, and Wisconsin are smoking-gun proof.


"Exit polls virtually never diverge from results by more than one percent unless either the polls or the 'results' have been rigged."

Pennsylvania by Lewis Hine
PENNSYLVANIA is the home of:
Hershey Childrens' Home sexual abuse
"The Milton Hershey School, the wealthy and nationally acclaimed free boarding school for disadvantaged children, quietly paid $3 million earlier this year to compensate for the sexual abuse suffered by five former students, The Inquirer has learned."


The Kids For Cash, judicial corruption scandal
In Pennsylvania, former Judge Mark Ciavarella Jr was sentenced to 28 years in prison for taking $1m (£617,000) in bribes from the builder of two juvenile detention centres in a case that became known as "kids-for-cash".
The Pennsylvania supreme court overturned about 4,000 convictions issued by Ciavarella between 2003 and 2008.

('Kids for cash' judge gets 28 years in Pennsylvania bribery case ...)

Child abuse in foster care and adoption
Nathaniel Craver was adopted by a couple from Pennsylvania.
Nathaniel died on 25 August 2009, from complications from traumatic brain injury.

The emaciated child had some 80 wounds to his body, 20 of which were to his head. (Craver)
The False Memory Syndrome, to protect those who abuse children.
This was designed at the University of Pennsylvania, by people linked to the CIA.

(False Memory Syndrome Foundation. / A Brief Overview Of The Founding Members Of The False Memory ...)

Dr Earl Bradley, a pediatrician from Delaware, Pennsylvania.
Bradley was indicted in February 2010 on 471 charges of molestation, rape and exploitation of 103 child patients.

He was charged in April 2010 with an additional 58 offences.

At RobertsCourt.com: we read about Bedford, Pennsylvania and mind control. /5000 Pennsylvania Children Stolen and Abused ... /BedfordSprings.net
"According to Fritz Springmeir, after the war Josef Mengele (reportedly Jewish) was smuggled to the U.S. to put mind control into practice as one of the CIA's main mind control programmers.

The author of Mind Control The Ultimate Terror credits Mengele with development of the MK Ultra mind control program."
"Pennsylvania has by far the highest number of child-trafficking organizations."

It also involves allegations of a coverup of the scandal.
A 2011 grand jury investigation reported that a graduate assistant told head coach Joe Paterno in 2002 that he had seen Sandusky performing a sex act on a 10-year-old boy in Penn State football's shower facilities.

In November 2011, Sandusky was arrested on 40 counts of molesting young boys over a 15-year period.
Sports and the sexual abuse of childrens
In 1998, district attorney Ray Gricar chose not to prosecute Sandusky after reports about Sandusky and boys surfaced.

There was an abandoned car and a laptop recovered months later in a river; the hard drive was missing from the computer.
Gricar's body was never found.
Disappearance of DA tied to Sandusky allegations
Sandusky and his wife, Dottie, have six adopted children.
Anonymous left the following comment (which I have slightly shortened and edited):
This scandal is much more than it appears to be at the current moment.
1. The travesty of child abuse started in 1977 when former assistant football coach, Jerry Sandusky of Pennsylvania State University, began the "Second Mile Foundation."
This organization has the following mission:

"The Second Mile challenges young people to achieve their potential as individuals and community members by providing opportunities for them to develop positive life skills and self-esteem as well as by providing education and support for parents and professionals addressing the needs of youth."
http://www.thesecondmile.org/pdf/AnnualReport2010.pdf
2. The Second Mile Foundation has a multimillion current budget.
It has a board of directors, plus three regional boards, of highly prominent citizens.
3. The foundation lists the services it provides on a map on page 4 of the 2010 annual report.
There are several hundred thousand at-risk children served in the many counties of Pennsylvania.
The services offered are not medical or counseling, they are "leadership training," retreats, and other nebulous activities for the mostly poor families and their children.

4. Disappeared prosecutor Ray Gricar was the prosecutor for Centre County, the home of Pennsylvania State University.
In 1998, he refused to prosecute charges brought by one of the early victims.
In 2005, he left town never to be seen again.
http://www.cbsnews.com/video/watch/?id=2608135n
This map on page 4 of the pdf version of the 2010 annual report has a major anomaly. 20,000 individuals were served in Centre County, total population 153,000.
23,000 individuals were served in Allegheny County with a population of 1.2 million.
Why the disproportionate service ratio for Centre. That number exceeds the number of youth in the county!
5. Allegedly, Sandusky anally raped two boys in the Penn State showers.
Reportedly, "he was seen doing so. No one stopped him. He was given an office after retirement in 1999 and continued to bring young boys to the campus. He was untouchable."
6. Looking at that map of children served indicates a heavy service load and, maybe, a method of systematically recruiting at-risk children for sexual abuse.
This story is about the abuse of power by one well-placed coach, Sandusky, as it stands now. It could be about much, much more.
N.B. On the Second Mile Foundation Web site, the listing for the board of directors has been removed and replaced with this statement http://www.thesecondmile.org/ourTeam/bod.php
"Comprised of concerned and caring adults from across the state, our boards help shape the direction and future of The Second Mile." (See tab "Our Team" - top menu). The members are listed on the pdf listed above.
Anonymous comments:
The President of the Second Mile Foundation, Jack Raykovitz, PhD, received direct information on Sandusky's abuse.
He did nothing.
Raykovitz is a licensed psychologist, as indicated by his bio among other foundation board bios here. http://www.slideshare.net/dmilliner/tsm-biography-of-state-board-members-072010
Raykovitz has been with the foundation since 1983, seven years after Sandusky started it.
Anonymous comments:
Second Mile Board of Directors:
Don Carlino, Chairperson President, Airgas Safety, Inc.
Lauren Shank, Vice Chairperson Community Volunteer
George Lavin, III, Secretary Attorney, George J Lavin, III, & Associates, P.L.L.C
William F. Anderson, Regional Sales Director, OptumHealth
Terrance Bowman, Vice President/Technical Operations Lead, Corporate Internet Group, JPMorgan Chase
Gregory Elinsky, Senior Managing Director, Co-Founder, Keane Advisors, LLC
Tom Knepley, Sales and Marketing Coordinator, Techbldrs
Jacqueline Martin, Community Volunteer
Stephen J. O'Connor, Operations Manager, Gilbane Building Company
Patrick T. Padden, Jr., Regional Sales Director, Philadelphia Regional Office, HM Insurance Group
Tom Padden, Consultant, Pennsylvania School Districts
Ray Roundtree, Vice President of Finance, Keystone Region, Comcast Cable
Randy Southern, Senior Vice President/Senior Client Manager, Bank of America Merrill Lynch