Rothschild 'spied as the Fifth Man' | The Independent . 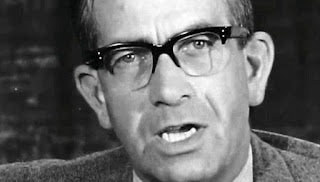 He is the son of David Floyd and Hana Floyd (Hajka Goldmannová).

David Floyd passed secrets to the Russians during the 1940s while employed at the British Embassy in Moscow.

After being posted to Prague, David Floyd had a relationship with a woman called Hajka (Hana) Goldmannová, whom he married in 1948.

Hana was the daughter of Berthold Goldmann and Josefa Juscha Goldmannová.

MI5 knew that, while a student at Oxford University, David Floyd had been recruited as a Soviet spy by Arthur Wynn, who later worked at the Ministry of Fuel and Power.

The UK's Director of Public Prosecutions decided not to prosecute David Floyd.

David Floyd then went to work for the Daily Telegraph and then at The Times, both Conservative newspapers.

Stephen Ward, an osteopath. His MI5 controller was said to be Keith Wagstaffe. After the Cuban Missile Crisis, Ward told Christine Keeler that he believed John F. Kennedy would be assassinated. He told her and Eugene Ivanov: "A man like John Kennedy will not be allowed to stay in such an important position of power in the world, I assure you of that."

Ivanov would go on to sleep with Ward's friend Christine Keeler, as would John Profumo, Britain's secretary of state for war.

Colin Coote, was, like his deputy Muggeridge, a former MI6 man. 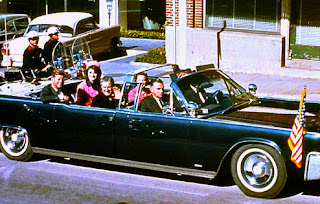 Dr Stephen Ward, who supplied girls to the elite, predicted the assassination of John F Kennedy, who was reportedly killed when his mind control began to wear off. The Bilderberg meeting in Cannes in May 1963 has been linked to David Rockefeller, Edward Heath (friend of the Rothschilds) and Antoine Pinay (friend of Rockefeller).

Reportedly, Hollis and Ward were part of a spy ring with Sir Anthony Blunt, the close friend of Lord Victor Rothschild.

Steven Ward's girl Mariella Novotny operated in the USA where allegedly she was used by Lyndon Johnson to blackmail J F Kennedy.

A cabal "subtly controls all states and pits them against each other in a profitable and diverting Punch-and-Judy show..."

The Rothschilds are said to have a powerful spy service, which has infiltrated, or is in alliance with, a number of other spy services.

The art critic Brian Sewell claims that the Queen, while she was employing Sir Anthony Blunt as surveyor of the Queen's pictures, knew that he was a spy working for Britain's enemies.

Sir Alan Lascelles, private secretary to the Queen's father, reportedly knew in the 1940s that Blunt was 'Russian spy.'


Blunt was a member of the 'Cambridge spy ring' which is believed to have been run by Lord Victor Rothschild.

Blunt confessed in 1964 that he was part of the spy ring and eventually, in 1979, Margaret thatcher was forced to disclose this to the public.

In 1966, Lord Annan, 'provost' of King's College, Cambridge, held a dinner party at his home.

Blunt was a cousin of the Queen's mother.

Last secrets of the Queen Mother's favourite traitor: Memoirs of ...

Blunt was also reportedly the half brother of the Queen's father.

Reportedly, during World war II, "Maurice Oldfield was arrested with the King’s brother, the Duke of Kent, Prince George, a boyfriend to Sir Anthony Blunt."

Lord Victor Rothschild also worked for MI5 and MI6, and he was a top adviser to prime ministers Thatcher and Heath.

Blunt with the Queen

Sewell and Blunt became close friends in the 1950s when Sewell studied under Blunt at the Courtauld Institute of Art in London.

Lord Victor Rothschild, who was extremely influential within MI5 and MI6, was a close friend of Anthony Blunt.

Reportedly, Steven Ward and prostitute Ronna Ricardo came upon a paedophile ring run by Anthony Blunt, and included ... a lot of top people including polititians... Profumo survived because he had evidence and powerful friends, Ward was killed.

"I was a close neighbour of actor Peter Arne and was privy to local gossip.

"Arne had connections through the RAF to some big players on the world scene, and hired out boys for sex to them.

"Arne through pillow talk knew details of 'bomber' Harris war crimes and Rothschilds' power over him and Churchill."

"I spent my working life in British intel, and like others of my colleagues we don't like the way the path is leading.

"When Gary Glitter was caught he cried out to Jimmy Savile for help, but Jim said its gone way too far mate.

"The phone call was taped.

"Jimmy Then made a series of calls on his behalf, to some surprising people actually.

"The advice from the Stamford Hill synagogue was to quote- 'Stay still and batten down all hatches Jimmy and it will blow over for you, but for Gary wash your hands of him'"

"I was told by an old pal in the intelligence services that when the King of Jordan visited the royals at Sandringham, one of the security men shouted 'here come hear this'.

"It was from Jimmy Savile asking if he could come along as he needed a favour.

"It is known that Sir Anthony Blunt knew Savile and the Queen was close to Blunt."

"I was abused by my father who worked for the BBC in the props department.

"I don't remember a lot of my abuse as I was plied with alcohol and I think drugged.

"He used to take me to the BBC centre.

The BBC held parties every Xmas for the children of people that worked there.

"I remember being about 10 and going in a car with my father and other employees that worked there and they all gave me money.

"He thought it was great that they said I looked like his girlfriend. I wish I could remember more."