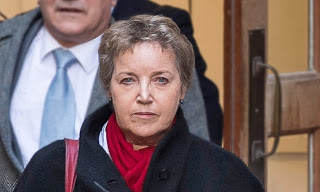 Oxfam's Caroline Thomson, accused of being part of the cover-up of the Jimmy Savile child abuse ring scandal.

Caroline Thomson, Lady Liddle, is the chair of Oxfam.

She was given a £670,000 pay-off by the BBC after being accused of being part of the cover-up of the  Jimmy Savile child abuse ring scandal.

In February 2018, the chairman of Oxfam International, Juan Alberto Fuentes Knight, was arrested as part of a corruption probe in Guatemala. 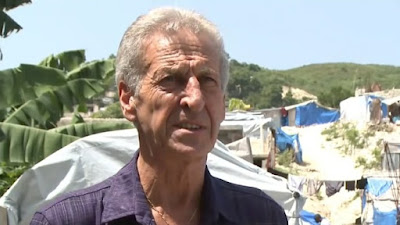 Roland van Hauwermeiren, from Belgium, the home of Marc Dutroux and his child kidnap gang.

Roland van Hauwermeiren left his job at the medical charity Merlin in 2004.

His resignation came after a colleague claimed he hosted sex parties.

Oxfam hired him to work in Chad, where he allegedly cavorted with prostitutes.

Bosses again turned a blind eye and he took charge of Oxfam's response to the earthquake in Haiti in 2010.

In Haiti, he 'cavorted with child prostitutes.'

The Presidential Palace in Port au prince, in Haiti

Oxfam and the BBC are said to be run by MI6.

CHARITIES RUN BY THE SPIES? / BBC - RUN BY MI6 AND ITS FRIENDS

Oxfam and the BBC are said to be linked to child sexual abuse.

THE BBC AND CHILD ABUSE

"Senior staff members hired prostitutes who 'may have been underage'", the report claims. 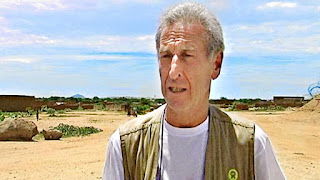 Roland van Hauwermeiren, from Belgium, the land of Marc Dutroux.

"Roland van Hauwermeiren, 68, Oxfam's country director in the region was allowed to resign without disciplinary action despite admitting to using prostitutes at the villa rented for him by Oxfam.

"Four others were fired for gross misconduct, which included using prostitutes at an apartment provided by Oxfam, according to a confidential report."

"A number of sources who had knowledge of the Oxfam case said they were concerned about the age of the prostitutes."

No one accused has been arrested or faces criminal action.

The Charity Commission did not receive the final investigation report. 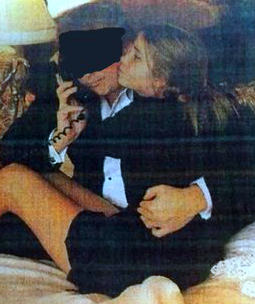 Haitian orphans are being trafficked?

It was Trump's friend Representative Pete Hoekstra, a Republican, who introduced a bill to speed up the process for adoptions of Haitian orphans. 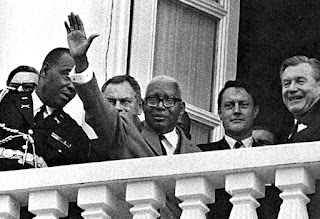 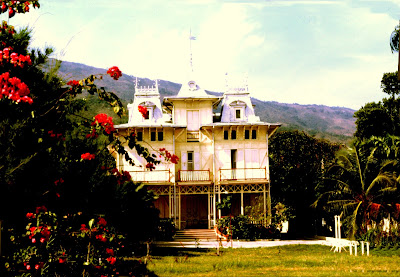 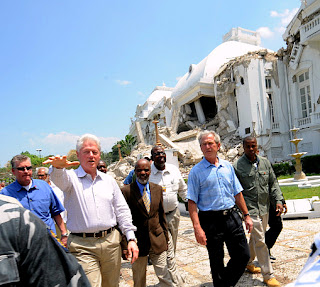 Above, we see some Americans in Haiti.

According to the New York Times, a Jewish man suspected of leading a child trafficking ring is also a legal adviser to the Americans charged with trying to take 33 children out of Haiti without permission.

On 12 February 2010, twelfthbough tells us more (one ring to rule them all)

Haiti, and the Dominican Republic, have long been destinations for Americans, and Europeans, involved in child abuse.

Reportedly, Haiti was where the CIA tested the AIDS virus.

"He said that they were developing something that would lower a person's resistance to the point where a common cold would put them out of action for weeks."

Castro in Cuba and Chavez in Venezuela have helped the poor.

They resisted CIA attempts to make their countries as poor as Haiti.

The CIA likes to control Haiti and that means that people starve and the drugs trade flourishes.

"With food prices rising, Haiti's poorest can't afford even a daily plate of rice, and some take desperate measures to fill their bellies.

"Charlene, 16 with a 1-month-old son, has come to rely on a traditional Haitian remedy for hunger pangs: cookies made of dried yellow dirt from the country's central plateau."

According to Patrick Elie, who was President Aristide's anti-drug czar, the CIA-created Haitian National Intelligence Service (NIS) has been involved with narcotics-trafficking, and "functioned as a political intimidation and assassination squad."

"Aristide told the UN that each year Haiti is the transit point for nearly 50 tons of cocaine worth more than a billion dollars, providing Haiti’s military rulers with $200 million in profits."

- Haiti’s Nightmare: the Cocaine Coup and the CIA Connection

Reportedly, most baseballs are made in Haiti by American companies.

The factory girls get 'starvation wages'.

Reportedly they also get injured arms and eyes.

The Americans control the bauxite, sugar and sisal. It's like Cuba before Castro.

At one time the factory girls were getting 8 pence an hour.

You can't live on that. Then Wal-mart sells the Pocahontas pyjamas for quite a few dollars.

The Earthquake In Haiti Was Gravy For U.S. Contractors

aangirfan: THE CIA, CHILD ABUSE AND AIDS IN HAITI

aangirfan: THE CHILD SEX TRADE - FROM HAITI TO THAILAND TO OHIO

aangirfan: ISRAELIS IN HAITI FOR ORGAN HARVESTING AND CHILD SEX ...