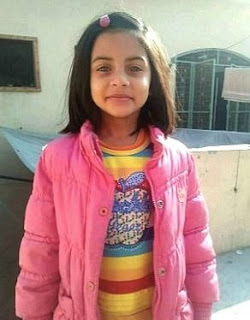 In Kasur in Pakistan, in January 2018, Zainab Ansari, aged six, was raped and murdered.

DNA links Mohammed Imran Ali, 24, to the murder of Zainab and at least seven other murders of young girls. 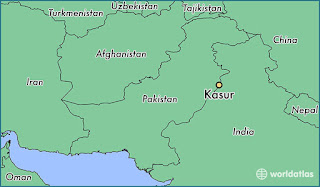 
The Punjab police and Malik Ahmad Saeed Khan, Kasur's Member of the Provincial Assembly from the ruling Pakistan Muslim League (Nawaz), are allegedly involved in an attempted cover-up of the abuse.[3]

In 2015, a large child pornography ring was uncovered in the city of Kasur; it had been flourishing for nearly a decade and involved nearly 250 children, some of whom were forced at gunpoint to have sex. 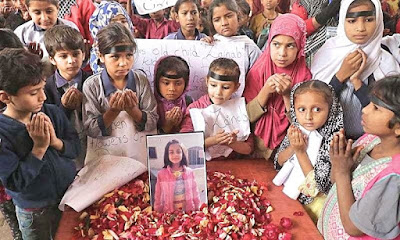 The Nation broke the news that a gang had filmed the sexual abuse of hundreds of children, both boys and girls, from Hussain Khanwala village in Kasur. [1]

The Government of Punjab's initial statement came from Punjab Minister of Law Rana Sanaullah on 8 August 2015, who stated that a government inquiry committee concluded that no instance of child sex abuse had been reported.

In January 2018, two protestors were killed.


US military in Pakistan. Pakistan and China versus Mossad, CIA, RAW and MI6
How does the Kosher Nostra control countries?

In late 2017, a former Israeli soldier was deported from Colombia for links to a criminal network suspected of drug trafficking and child prostitution that spanned across several countries in Latin America.

El Heraldo, a regional newspaper, revealed Assi Moosh was the head of an 'international network of human trafficking, micro-trafficking and sex tourism'.

Pakistan's spy service ISI is friends with with Israel's Mossad and has secretly passed on intelligence data to Mossad.

In 2013, Britain's Department for Business, Innovation and Skills revealed that: "In 2011, Israel allegedly exported military equipment to Pakistan via Britain; this equipment apparently included electronic warfare systems and aircraft parts".

Pakistan's Military Cooperation with Israel.
Posted by Anon at 00:36