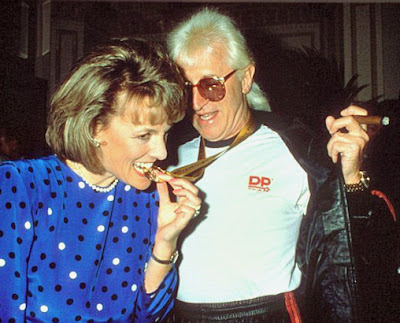 Dame Esther Rantzen (the daughter of Flora Leverson) and her friend Sir Jimmy Savile, who reportedly supplied children to the elite while being close friends with Israel.

Anonymous asks: "The Coleman Experience blog was shut down at the behest of Esther Rantzen?"


Some months ago, the BBC's Esther Rantzen attacked Google for refusing to remove statements calling her a child abuser and a child killer.


"An anonymous website branded her a satanic child abuser who had buried dead babies in her garden, held drug-fuelled sex parties and covered up attacks on kids by celebs like Jimmy Savile.


"Google acted on her plea to cut the link only after she decided to expose their initial refusal in the national press." 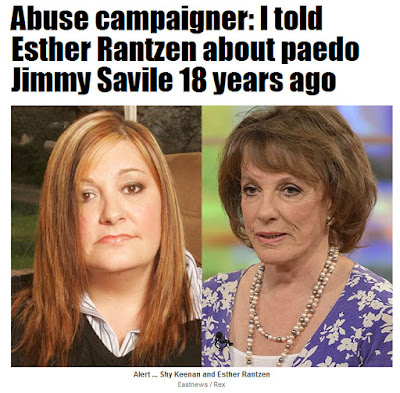 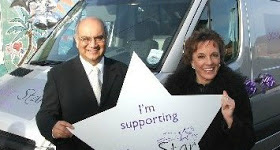 Revealed: The BBC stars who knew about pervert Jimmy Savile's ... 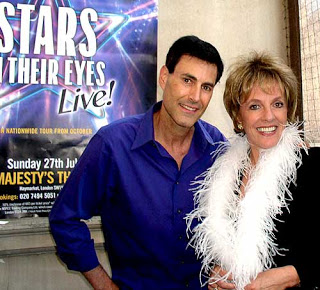 
Jul 20, 2014 - Esther Rantzen has worked for a certain 'child protection' charity which is linked to child abuser Sir Jimmy Savile and to Peter Mandelson.


Oct 22, 2012 - The Krays reportedly supplied boys to the elite. "Russell Marson was a hairdresser and part time gay prostitute; he ran up a bill with the Krays ... 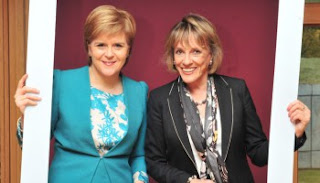 WE COLLUDED WITH 'CHILD ABUSER'.

Hitler performed a sex act in a cinema as he watched a violent film .
Posted by Anon at 00:00