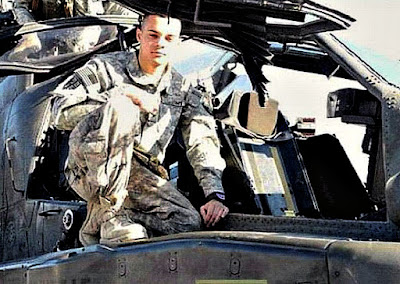 Esteban Santiago-Ruiz, who served in Iraq in 2010 as a private first class and combat engineer.

In 2016, Santiago-Ruz had walked into an FBI office in Alaska "and said that he was being forced to fight for ISIS."

It is believed that ISIS is run by the CIA and its friends.

"Authorities said Santiago walked into an FBI office in Anchorage in November 2016 claiming the US government was trying to control his mind and he was being forced to watch ISIS videos, CBS reports."

It is believed that the CIA and its friends mind-control young people in order to turn them into ISIS fighters.

Mind controlled kids "are often used as sex slaves by the CIA."

Santiago is originally from Puerto Rico, which has been linked to the USA's child abuse rings.

Little St James, off the coast of Puerto Rico, is owned by Jeffery Epstein. 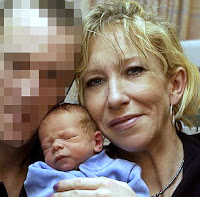 Sally Jones is said to be the mother of the Joe Dixon.

Does Sally belong to ISIS or SIS (MI6)? 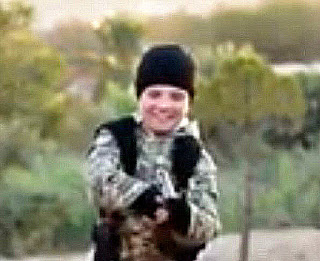 Joe has been described as being "a happy little boy who loved reading encyclopaedias and adored animals so much that 'he’d never even tread on an ant'."

Sally Jones is from Chatham in Kent.

Chatham has connections to the military.

MI6 (SIS) has used Ashford in Kent for training.

Sally Jones is the daughter of a lorry driver Alan Jones and his wife Jacky.

Sally Jones was still a girl when her parents divorced and aged ten when her father committed suicide after taking an overdose.

Jacky married the director of a haulage company.

Sally Jones was raised as a Catholic and attended Christian youth groups in her teens and early 20s.

She played bass guitar in an all-girl band called Krunch.

Two years after their son was born in 1996, 29-year-old Wilkinson died from liver cirrhosis.

A neighbour says of Sally: 'She was a total hippy... She used to take drugs.' 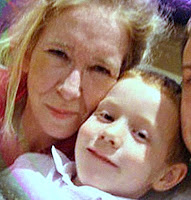 Sally Jones and Joe when he was about 6 years old

Neighbours say Sally was in debt and constantly visited by bailiffs as well as local drug dealers.

According to neighbours, Sally boasted that she was a witch with the ability to practise black magic.

Reportedly, she spent hours each day on the internet.

Obsessed with the film Avatar, she used various different personas on several websites.

On one, where she refers to herself as 'Skya, Kentish witch'. 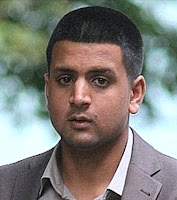 Sally Jones reportedly used an online dating site where she met the teenage Junaid Hussain, the son of a Birmingham school dinner lady.

At a hearing at Southwark Crown Court in 2012, the then 18-year-old Junaid also pled guilty to having made nuisance telephone calls to a counter- terrorism hotline.

In 2013, Junaid reportedly moved to Syria where he was reportedly joined by Sally Jones and Joe.

Junaid was reportedly killed by a U.S. drone strike.

Sally Jones was apparently seen in Birmingham in 2015. 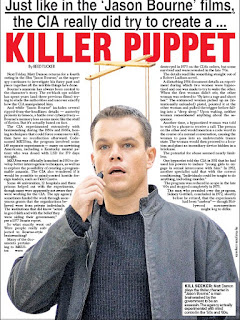 The CIA and its friends have been busy.

A knifeman 'shouts Allahu Akbar' as he attacks a couple at the Oberhausen music festival.

An Indonesia church attack sees an ISIS suicide bomber stab a priest before his explosives fail.

Alex Jones can blame Muslims and not the CIA and Mossad. 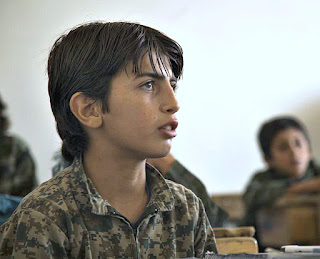 The CIA's Al-Nusra makes use of kids.


Amir Mahmud, who worked for the CIA in Afghanistan, started the ISIS Supporters Forum in Indonesia in 2014.

Indonesia does not prohibit its citizens from supporting ISIS or fighting for them abroad.

Amir Mahmud has not been arrested.

The CIA 'controls the top people in Indonesia'.

The Sun reported that Abu Abdullah al-Britani (Joe Dixon, son of Sally Jones) has appeared in an ISIS 'execution' video.

The boy is white, blue-eyed and aged around 11.

"The CIA experimented extensively with brainwashing during the 1950s and 1960s, honing techniques that could force someone to kill, then have no recollection afterward.

"Some 44 universities, 12 hospitals and three prisons helped out with the experiments."

"A 1954 document details a CIA experiment during which two women were hypnotized and one was made to try to wake the other.

"When the first woman didn't stir, the other woman was ordered to 'fly into a rage and shoot her.'

"The entranced woman picked up an (intentionally unloaded) pistol, pointed it at the other woman and pulled the trigger before falling into a 'deep sleep.'

"Upon waking, neither woman remembered anything about the sequence."

"Another time, a hypnotized woman was told to wait by a phone to receive a call.

"The person on the other end would mention a code word in the course of a normal conversation, causing the woman to pass into an undetectable trance state.

"The woman would then proceed to a location and plant an incendiary device hidden in a briefcase."

The original Michael Adebolajo, the friendly Christian boy, who was accused of being a Moslem terrorist.

"One hypnotist told the CIA in 1951 that he had used his powers to induce 'young girls to engage in sexual intercourse with him.'

"In 1952, another specialist said that with the correct conditioning, 'Individuals could be taught to do anything, including murder.'"

It has been widely reported that the US military tortures American children as part of mind-control experiments.

1. Paul A. Bonacci said that, as a child, he was kidnapped, tortured and subjected to sex abuse and mind control.

Johnny Gosch is reportedly one of those tortured by the US military. cremationofcare / Mind Control Victim Awarded $1 Million

"Bonacci said that while on a trip to Sacramento, he was forced at gun-point to commit homosexual acts on another boy before he watched other men do the same - after which the boy was shot in the head."

Col. Michael Aquino is one of those frequently mentioned in cases relating to child abuse and mind-control.

He studied the use of terror to achieve mind control.

One of Mengele's assistants was Berthold Epstein, who was Jewish. 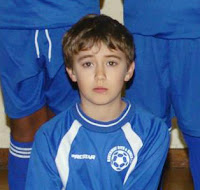 In 1953, the CIA set up Project MKULTRA to study mind-control.

The Nazis brought to America, after World war II, helped with this project.

The people whose minds have been controlled are reportedly used by the military as sex slaves.

They can be used to blackmail politicians.

They can be used to infiltrate organisations.

They can be used to carry out assassinations or suicide bombings. 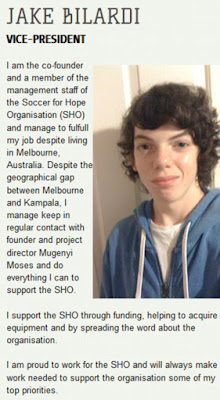 Jake Bilardi was born in Australia in 1996. When he became a teenager "he blew himself up in a suicide attack in Iraq in 2015."

9. One well known victim of CIA mind-control is Cathy O’Brien, who refers to abuse by her father, forced prostitution involving top people, and working as a drugs mule.

10. Paul Bonacci has testified about sexually-abused boys from Boy’s Town in Nebraska being taken to nearby Offutt Air Force Base, where he says they were subjected to mind-control programming.

Bonacci remembers being flown, with other boys, from the Air Force base to California and Bohemian Grove. (Project Monarch: Nazi Mind Control by Ron Patton)

11. In 1992, Dr. Corydon Hammond, a Psychologist from the University of Utah, delivered a lecture entitled 'Hypnosis in MPD: Ritual Abuse' at the Fourth Annual Eastern Regional Conference on Abuse and Multiple Personality, in Alexandria, Virginia.