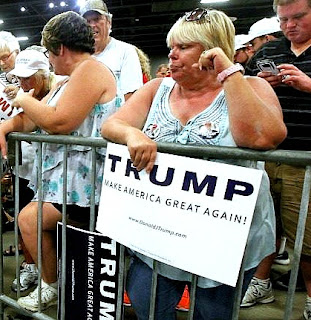 Trump's main supporters are the poor whites in places such as Ohio.

"Over the last ten years, manufacturing output has grown more slowly in the United States than in Japan and Germany." 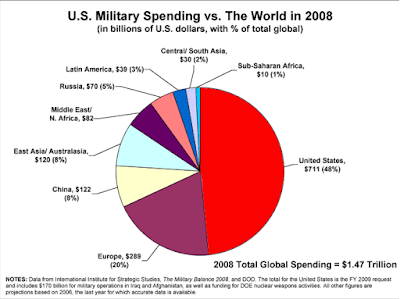 Japan and Germany have avoided wars.

The problems with manufacturing in the USA began in the 1960s, when the USA got involved in the Vietnam War, a war which Trump supported.

"Starting in the mid-1960s cities like Cleveland, Detroit, Buffalo, Niagara and Saint Louis have experienced a steady decline of the blue-collar workforce ... 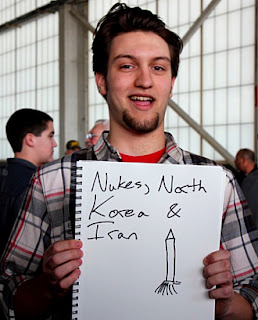 A Trump Supporter. Pence said: "The US needs to be prepared to strike military targets of the Assad regime..."

The Vietnam War began in 1965, and the USA has been spending vast sums on wars ever since.

"The military cost of the Vietnam war as a percentage of GDP was 9.5% in the peak spending year of 1968."

The Vietnam War meant that the USA failed to increase investment at home, and failed to see a rise in GDP.

ECONOMIC CONSEQUENCES of WAR on the U.S. ECONOMY. 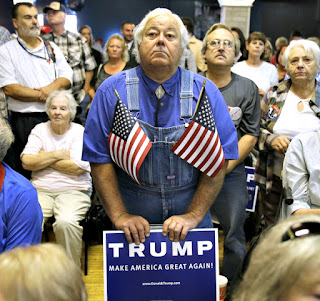 Edward Luce has written about the life and death of Trumpian America.

According to Edward Luce:

In 1970, low income middle age men had an average life expectancy five years below that of high income men of the same age.

The latest estimates put it at almost 15 years. 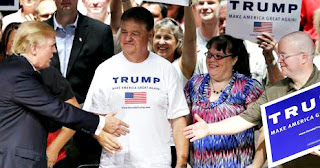 2. Increasingly, employers want people with a college degree, or a very specific skill. 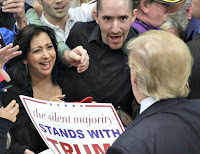 3. One in six US prime age blue-collar males are now out of the labour force - a higher share than for any wealthy nation except Italy.

More than half of those are on prescription painkillers, according to Alan Krueger, a Princeton economist.

Of these, two-thirds are on opioids. 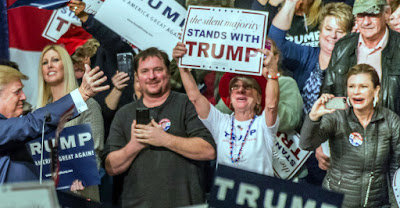 4. Trump's cure - 'Americanism' - would be worse than the disease.

Workers would be hit by price rises in the shops.

Trump would not be able to reopen coal mines and out-of-date factories. 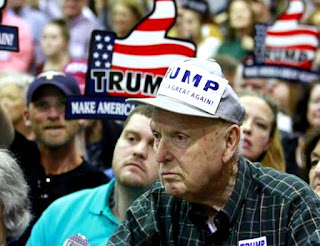 5.  Poor white America is trapped in a culture that rejects self-help, disdains education and is prone to family break-up.

Some poor whites ostracise the studious as gay.

Unemployment rates:
6. If America were Singapore, it would shift people into mixed-income communities.

The closer your proximity to higher achieving groups, the greater your chance of moving up.

The life and death of Trumpian America.