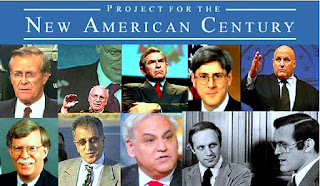 Which countries might be seen as economic rivals to the USA?

Which countries might the USA's Deep State want to destabilise?

One way to judge the economic success of a country is to look at its wealth per person (GDP - per person) using purchasing power parity rates (PPP), which means taking the cost of living into account.


Here are some examples:

The above figures might suggest that Europe is a greater threat to the USA than Russia or China.

Donald Trump has been endorsed by John Bolton, Dick Cheney and Donald Rumsfeld.

Another way to look at economic success is to look at the total wealth (GDP) of a country - the value of all final goods and services produced within a state in a given year.

The above figures might suggest that China and Europe are the greatest threats to the USA.

What plan might the USA's Deep State hand to Trump or to Hillary Clinton?

"The Deep State requires relatively little of ... the President.

"A rubber stamp of existing policies is the primary requirement.

Could the Deep State Be Sabotaging Hillary? - Washington's Blog 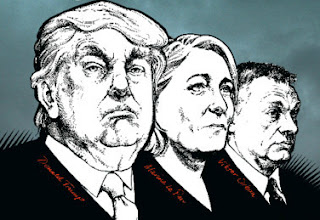 The Deep State's plan for Europe may be to put into power a bunch of right-wing populists, such as the Sweden Democrats, the French National Front, and the Dutch Party for Freedom.

European Politics Are Swinging to the Right. 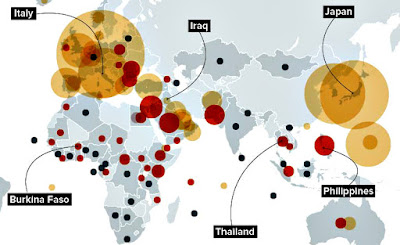 It can be argued that the USA already controls Europe.

Thus China may be the next target of the USA's Deep State.

"According to America's war 'plan,' a maxi appreciation of the Chinese currency against the dollar will generate economic instability in China."

"To accomplish the gargantuan task of containing China, a large-scale informal coalition of sorts is being assembled under American tutelage."

Dick Cheney is one of Trump's top supporters.