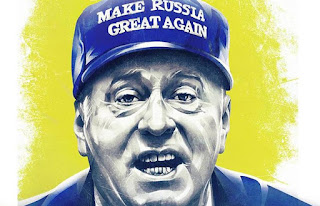 Vladimir Zhirinovsky says that Americans must vote for Trump.

Zhirinovsky, né Eidelstein, is a Russian politician who has been described as fascist.

As a candidate in the 2000 and 2008 presidential elections he promised a "police state",[15] and to introduce summary executions. 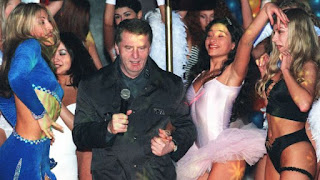 Vladimir Zhirinovsky's paternal grandfather was a wealthy industrialist in (what is now) Ukraine and was head of the Jewish community.[11]

Four of Zhirinovsky's relatives were killed during the Holocaust. 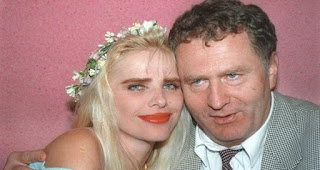 Zhirinovsky has Israeli relatives, including his uncle and cousin, who he met and befriended for the first time only after discovering more about his family's story in Israel.

He states that "Russia will never allow any kind of violence against Israel".[10] 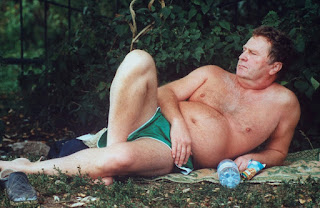 During his 1992 visit to the United States, Zhirinovsky called on television "for the preservation of the white race".[21]

He said he wanted to test his DNA to determine whether Trump and Zhirinovsky were related.[28]

In September 2016, inspired by Donald Trump's proposal, he proposed building a border wall and banning Muslims from entering Russia.[81]

In 1990 Zhirinovsky, with the help of the KGB, began to set up his Liberal Democratic Party.

The name of the party was chosen by KGB General Philipp Bobkov.

Zhirinovsky was rumored to be an agent of the KGB.

In 1992 Zhirinovsky made contact with Jean-Marie Le Pen, leader at that time of France's Front National (FN).

There is a the gay clique in the political party run by 'the notorious bisexual Zhirinovsky'.

Zhirinovsky was a habitué of some of the wildest Moscow sex clubs in the ’90s.

"I have personally seen Zhirinovsky make speeches about tolerance in a gay bar two blocks from my home..."

Trump has plenty of GAY LINKS. 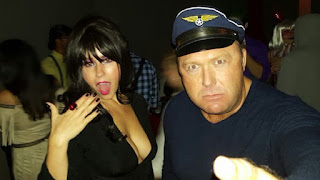 He wants Japan and China to rule Southeast Asia, Indonesia and Australia.

A Russian Deputy in Zhirinovsky's party wants California and Alaska back.


He advocated hitting some Chechen villages with tactical nuclear weapons.[41]

In 2008, he suggested dropping nuclear bombs over the Atlantic Ocean in an effort to flood Britain.[15]

Donald Trump refuses to rule out dropping a nuclear bomb on Europe. Zhirinovsky wants Russia to control the Mediterranean, Iran, Turkey and much else.

During the 2008 televised presidential debate, he ordered his bodyguard to "shoot that bastard (a rival politician) over there in the corridor".

In April 2014, Zhirinovsky ordered his aide to rape a journalist. 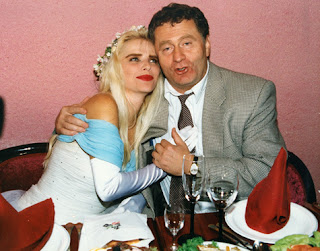 On 10 August 2014, Zhirinovsky threatened Poland and the Baltic states with carpet bombing.[77]

In May 2015 he stated that Mikheil Saakashvili, should be killed.

"We will shoot all of your governors ...Let's aim at Berlin, Brussels, London, and Washington."

He then said Ukrainian political prisoner Nadiya Savchenko should be shot and hung in Belgrade.[83] 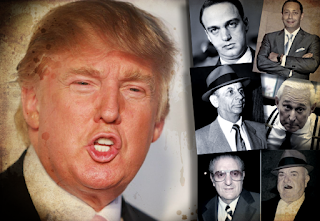 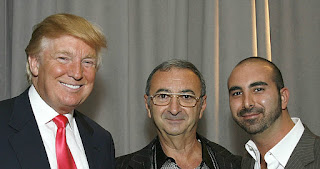