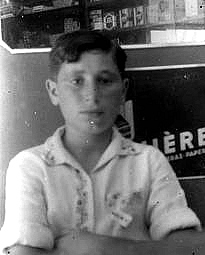 Peres agreed to weapons being sold to Iran.

"According to Congress's report on Iran-Contra, the sale of U.S. arms to Iran through Israel began in the summer of 1985... 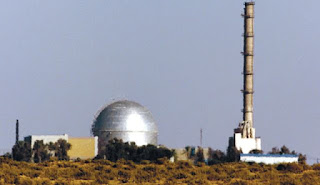 "Arms dealers were among Peres' friends, and often funded his extravagant celebrations."

"An investigative report by The Guardian found documentation that Peres helped sell nuclear warheads to South Africa when it was governed by the apartheid regime."

"Peres got the Mossad to abduct nuclear whistleblower Mordechai Vanunu from Europe and bring him to Israel." 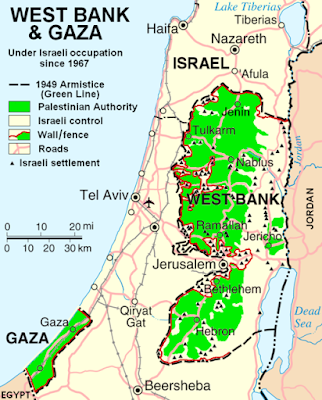 "Peres lent government support to the 'Hilltop Youth,' ... and actively supported the establishment of Kedumim and the Gush Emunim movement, which Rabin described as the settlers' Trojan horse.

"As defense minister, Peres kept up the settlement movement's momentum and opposed the return of territory (the West Bank) as part of a peace deal with Jordan.

"Today, the Hilltop Youth are the most violent, radicalized settlers in the West Bank." 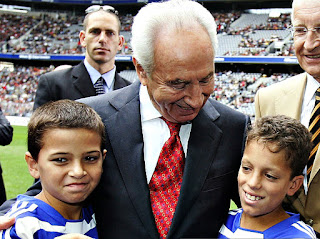 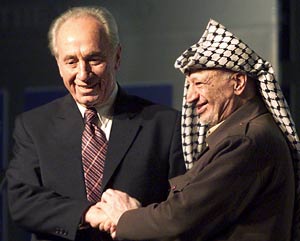 Peres was responsible for the Oslo Accords, which were a cunning plan to hurt the Palestinians.

As a result of the Oslo Accords, Israel kept control of the occupied territories, and the Palestinian Authority became a puppet authority controlled by Israel.

"The deal for which Peres was ultimately responsible, the Oslo Accords, was a disaster.

"Without actually ending the occupation, Peres managed to free Israel from its responsibility for Palestinians' welfare and day-to-day lives by creating the Palestinian Authority.

"Thus, while Israel still maintains control over almost every aspect of life in the occupied territories, the Palestinian Authority is saddled with all of the responsibility, without any authority to act independently of Israel." 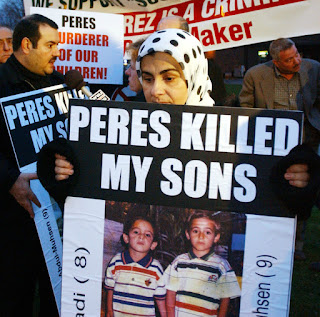 Peres embarked on a military campaign in Lebanon, 'Operation Grapes of Wrath,' which killed Lebanese civilians.

Most of the dead were killed in the 'Qana massacre,' when Israel shelled a UN compound where hundreds of civilians had taken cover.

"Responsibility for the Qana massacre rests on Peres’s shoulders."

Age 64, Chamish had been writing about how his health problems seemed like a Mossad-induced-disease 'hit' in progress 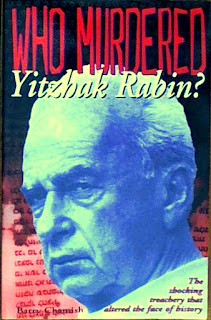 Chamish continually documented Shimon Peres as tied to the Vatican, western war-mongers and globalists seeking to dominate the world

An especially horrible set of crimes of which Chamish accused Shimon Peres, was Peres' role in the turn-over of a number of Israeli Sephardi and Yemenite Jewish children to die in horrible agony in nuclear experiments

(The background there is that in Israel, the dominant 'whiter' East & Central European 'Khazarian' Jews, discriminate against, even sometimes help kill, the often darker-skinned Middle Eastern and Spanish etc Jews, Mizrahim - Sephardim etc, who had lived peacefully amongst Arabs & Muslims for centuries ... let alone the black Jews from Africa who are often not allowed into Israel at all)

Barry Chamish, tho himself never giving up his religious-Zionist inclinations, saw the Israeli regime as one ready to kill Jews themselves as well as Arabs, and Chamish presented evidence high-profile killings in Israel were false flags ... Chamish was nearly killed in Israel & fled back to North America

Chamish saw Israel's government as neo-satanists who were eager to kill even other Jews who were sincerely and non-satanically religious, or in any way opposition to the NWO

Chamish's work was copied by many others, Chamish was an early writer pointing out the satantic - illuminati nature of the Rothschild-donated-and-designed Israeli Supreme Court building as it appears in photos."
Posted by Anon at 00:11