I meet Julian at Palace Green in Kensington and we have lunch in a private dining room overlooking Kensington Gardens. 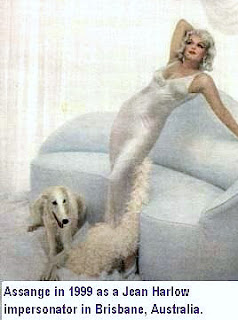 Julian is wearing an interesting disguise. 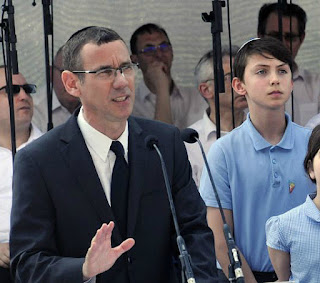 Mark Regev is a famous Australian, just like Julian Assange. He was born Mark Freiberg in Melbourne, Australia in 1960. He is currently the Israeli ambassador in London.

I want to ask Julian what he is going to reveal about Hillary Clinton.

Julian Assange was born in 1971 in Australia.

After Julian was born, Julian's mother Christine became sexually involved with Leif Meynell, a member of the The Family.

The Family was run by a Anne Hamilton-Byrne "who ran her 'child-kidnapping cult' on the outskirts of Melbourne." 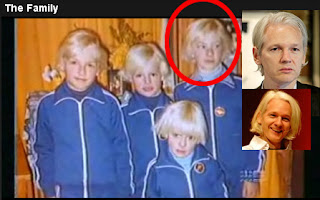 I ask Julian what he remembers about Hamilton-Byrne and The Family.

"I do not remember Hamilton-Byrne or anything about the cult," he says.

"I remember Leif Meynell," Julian continues, "I remember he had shoulder-length blond hair. He punched me in the face once and my nose bled."

I ask Julian about the Australian intelligence service.

"I am on record as saying that the Aus­tralian intel­li­gence service has advised me," says Julian.

Australian intelligence works closely with the CIA and Mossad.

The Family is believed to be a CIA mind control organisation with links to the Nazis.

"Among those on the receiv­ing end of the cult's ser­vices was Lord Casey, for­mer Governor-General of Aus­tralia and the min­is­ter in charge of over­see­ing the Aus­tralian intel­li­gence ser­vice, with which Assange claims to be connected." 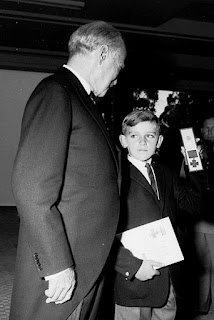 I ask Julian if he ever met Richard Casey, Baron Casey.

"Not that I remember," replies Julian.

Sarah Moore, a 'daughter' of Hamilton-Byrne, was a victim of the cult.

"Unseen, Unheard, Unknown" is the book by Sarah Moore (Hamilton-Byrne).

I remind Julian that The New York Times assigned David E. Sanger to control the release of the Wikileaks material.

Sanger is a member of the Council on Foreign Relations and the Aspen Institute Strategy Group.

I suggest to Julian that if he was truly a whistleblower, the mainstream media would simply black him out.

The mainstream media blacked out the child abuse story that emerged in Hampstead.

Julian smiles and says: "Did you read my New York Times profile written by Eric Schmitt? The mainstream media wants to reveal the truth. I am an outsider, like Donald Trump, and the media likes to write about outsiders."

Schmitt  is a member of the Council on Foreign Relations.

Genuine Rebel or the Next Fake

Assange and Shamir. One of the people working for Wikileaks is the 'disinformation agent' Israel Shamir. Shamir appears to be anti-Israel, yet he says "I can't accept the Mossad and/or the Jews as the perpetrators of the 9/11."

I point out to Julian that his Wikileaks appears to work for Mossad.

Julian takes a large bite of his pork escalope.

"Wikileaks," continues Julian,"has got support from Jews to a degree out of proportion to their percentage of the population. This is probably an indication of the liberal leanings and support for civil rights that are widespread in certain Jewish communities." 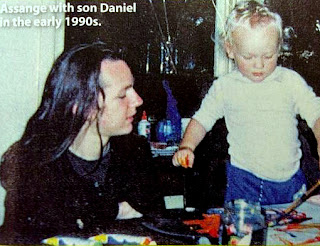 According to this alleged deal, Julian Assange agreed to withhold cables incriminating Israel.

(Israel appears only in 77 Wikileaks docs. /http://www.syriatruth.info / Rebuttal to Article Alleging a Deal /WIKILEAKS STRUCK A DEAL WITH ISRAEL OVER CABLE LEAKS) 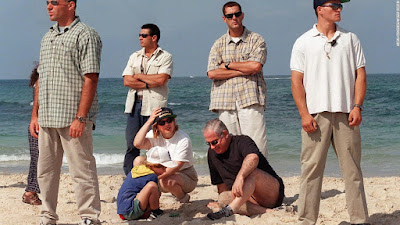 Netanyahu says: "Israel has not been damaged at all by the WikiLeaks publications. On the contrary, the documents showed support in many quarters for Israel’s assessments, especially on Iran."

I point out to Julian that, according to Gordon Duff, Wikileaks' leaks "were carefully edited.

"Thousands of reports were reconstructed and falsified and hundreds of thousands were removed as inconsistent with an unknown political agenda.

"It requires, in fact, a broad spy operation inside the Pentagon that enjoys its ability to operate with impunity."

Julian suggests that we order another bottle of wine.

What does Julian believe happened on 911?

Assange says he believes the US Government version of 9/11.

Julian says: "I'm constantly annoyed that people are distracted by false conspiracies such as 9/11." 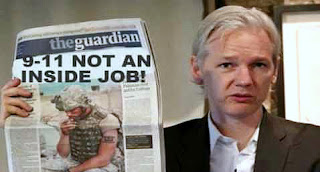 Julian calls the Bilderberg Group a normal meeting of people. 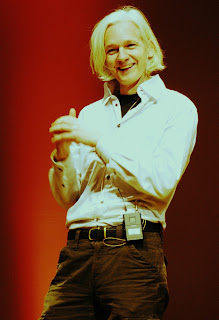 In January 2007, John Young, who runs cryptome.org, left Wikileaks, claimed that Wikileaks was a CIA front.

"Wikileaks is U.S. intelligence itself."

Zbigniew Brzezinski said that Wikileaks is an 'intelligence operation' using 'pointed' information carefully 'seeded' into a combination of minor scandals and chickenfeed."

(Why Wikileaks Doesn't Add Up)

I ask Julian where he was when he first appeared on Interpol's wanted list.

And for more than a month the UK police knew Assange's location.

On 2 December 2010, the UK's Daily Mail (Assange) reported that 'Police in London say they have known the whereabouts of Julian Assange for more than a month'.

Assange "has been hiding in plain sight in Britain despite being on Interpol’s wanted list."

Julian assange's lawyer is apparently a friend of Israel. (Tony Greenstein's Blog: Not so Innocent)

Interpol took out an arrest warrant against Assange following a request from Sweden, where he is wanted on charges of rape and sexual molestation.

On 2 December 2010, UK police officers said they were "yet to receive any official instructions to arrest him." 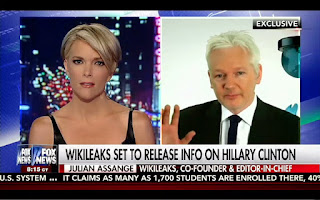 I ask Julian what he is going to reveal about Hillary Clinton.

"Hillary is not an outsider.

"Her husband is linked to Jeffrey Epstein.

"Hillary is a millionaire.

"She supported the attack on Libya.

"She knows that American weapons have reached the extremists in Syria.

"Hillary has ties to top Arabs.

"Hillary has ties to Russia."

Well, that should help Trump.

If Assange is supporting Trump, does that mean that Trump works for Mossad?

Totally successful debunking on Veterans Today of the biggest media hoax of this decade, the hoax of the fake 'dissidents', liars & Israel-tied intel agents, the mega-frauds Edward Snowden & Julian Assange

Make a nice set with Aangifan's recent survey of Assange

Below, a short key excerpt from the Veteran's Today articles:

« For the past seven years, Wikileaks has warred on the enemies of Israel, pushed for attacks on Iran, leaked material, often found to be fabricated, embarrassing to political enemies of Israel. This has been done under a guise of phony anti-imperialism & anti-Americanism, easy to sell to the undiscerning dumbed down public

Nearly six years ago, Wikileaks was “outed” as an intelligence operation. As Assange has spoken often of his admiration for Israel’s Netanyahu & has, in extremely critical areas such as 9/11, moved to quell controversy & actually suppress any investigations, particularly those that might lead to Israel, there can be little doubt who runs Wikileaks

Running background on Sarah Harrison, supposed editor of Wikileaks credited with spiriting Edward Snowden to Moscow leads us, not only into the middle of Britain’s MI6 -

The Wikileaks organisation, when rosters are checked, is made up entirely of former employees of Radio Liberty & Radio Free Europe, organisations that work under an advisory board which includes former Bush cabinet members Donald Rumsfeld & Condoleezza Rice

As Wikileaks has never leaked a single document or email involving Israel, a nation central to global controversy ... Wikileaks is Israel »