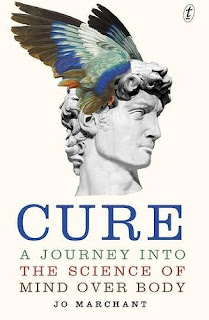 A fake and harmless pill, a placebo pill, can actually cause healing endorphins and dopamine to be released in the body.

Fake surgery can heal some patients.

A good doctor or shaman can heal some patients simply with comforting words.

"kissing it better" seems to work.

Doctor Jo Marchant has written CURE, a Journey into the Science of Mind over Body.

In Parkinson's patients, a placebo can help the patient, because 'motor neurons then fire more slowly'.

Irritable Bowel Syndrome can be successfully treated with the use of placebos.

With altitude sickness, if somebody takes fake oxygen, there is a physical change in the body and the symptoms of the sickness are reduced.

Patients can be healed by hypnosis, behavioral therapy (changing unhelpful thinking and behaviour) and the use of 'virtual reality'.

She put her foot in a box of unbearably hot water.

She felt her foot burning and removed her foot.

Then she put on noise-canceling headphones and began to play a snow-and-ice-themed video game.

When she returned her foot to the hot water, she barely noticed the heat. 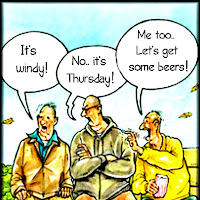 Jo Marchant explains the ways we can rewire our brains and improve our health.

According to Jo marchant: "believing in an angry or judgmental God seems to make people more stressed".

Inflamations can be removed by removing stress.

Jo Marchant refers to the health benefits of friendship, social connections and meditation. 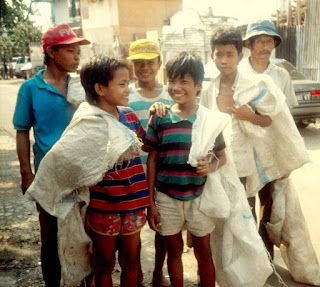 The ft points out that in one part of the UK it was discovered that just 4% of local people were between them consuming up to 50% of the health and social care budget.

One of the 4% is Jennie Woolmington who suffers from lupus, chronic obstructive pulmonary disorder, osteoporosis and diabetes.

To help keep Jennie Woolmington and others like her out of hospital, the local health authority has created 'health coaches'. 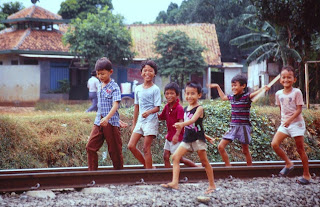 Research shows that in a typical town just a small handful of families cause most of the serious problems for the police, for the schools and for the health system.

Town where boy of 11 is 'behind a fifth of all crime' - Telegraph.

These families would benefit from receiving intensive care from 'coaches'. 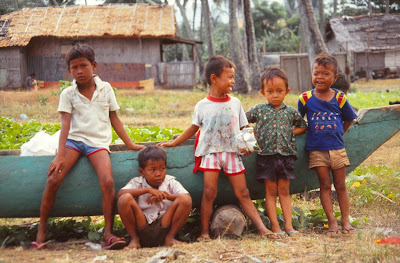 The Guardian refers to Mr Hutchens.

Cure: A Journey Into the Science of Mind Over Body.


Mr Hutchens has been depressed for many years.

He lost his job because of his apparent chronic back pain, the result of an apparently minor road accident.

Immobility has caused him to put on weight, and then develop type-two diabetes.

His heavy doses of prescribed narcotics and sedatives, and his lack of exercise, may be the problem. 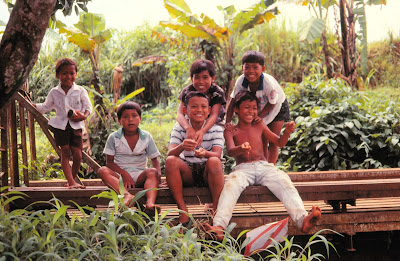 Recent research has shown that our brain structure is very flexible, and continually changing.

Research shows that the genetic structures we inherit from our parents don't remain fixed throughout our lives.