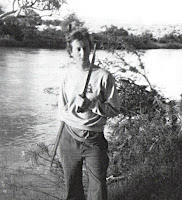 Recall those statements about "austerity" yet when it comes to austerity some are more equal than others.

Collaborator Cameron and his crooked crew have just put the public on the hook for over £ fifty million quid to create a “holocaust memorial” .

Its not just Crooked Cameron all three fake political parties have signed up to the £50 million scam.

Guess who will be getting the cash ?

A national Holocaust memorial and learning centre will be built in central London, David Cameron has pledged.

Announcing a range of measures on Holocaust Memorial Day, the Prime Minister said Britain was making a “bold statement” about the importance it puts on preserving the memory of the Holocaust.

There will be an endowment fund to secure the long-term future of Shoah education, and an urgent programme to record the testimony of British survivors and concentration camp liberators.

An independent UK Holocaust Memorial Foundation will be formed to immediately begin work on purchasing land for the memorial and to start documenting survivors’ stories.

The projects are seen as a once-in-a-lifetime opportunity and are the result of recommendations made by Mr Cameron’s Holocaust Commission, which was launched last year as a cross-party, multi-faith group to investigate ways to educate future generations of Britons about the genocide.

3 fake parties of collaborators that we need to be rid of !

The aim is to build the learning centre by the end of the next Parliament in 2020. Mr Davis said the plans were “ambitious, but realistic”.

Around £50 million of government funding will be made available, but he said there would be a need for private philanthropy to raise a similar amount.

Mr Davis said: “The most powerful thing for me is that all three parties have signed up for it. At the start of a hard-fought election campaign, the parties have come together and said this is above politics.

"the Prime Minister said Britain was making a “bold statement” about the importance it puts on preserving the memory of the Holocaust."

Ha! Yes, a bold statement indeed! What a revolutionary you are, David. Will you put the Hollowcaust memorial next to the memorial erected for Indians decimated by Britain's rule? One for the Irish murdered by that devil, Cromwell, and the horrors they endured under British rule? Or will it go near the Chinese memorial, the one that recalls the opium wars and slaughter brought to those people by your government?

What a con. These phoney baloney governments and the figureheads chosen to make the people think their votes count and their country is independent.

I think all US and British currency should feature holocaust memorials so we 'never forget' the misguided persecution inflicted on the poor innocent Jews over the centuries, just because they were chosen to be their god's 'favourites' and just because the rest of us can't bear our place on the Totem Pole.

Estimates of between 22-55 million died in the African holocaust. Malcolm X reckoned it to be closer to 100 million. Will they get a memorial too?

How about the 5.5 million Irish who died in the 1840's from genocide ultimately directed by "The City" within London ?

Contrary to the official historians, it was not a famine.

The dictionary definition of a famine is that the land is devoid of food.

There was an abundance of food produced in Ireland in that period.

But it was marshaled out of Ireland under massive British military protection.

And,- contrary to the official historians, the amount of people that were genocided [ not "holocausted" ; No "burnt offering" was this particular genocide ; But holocausted "Yes" in a previous genocide of the Irish by Cromwell & his Bankster cabal when loads of Irish were burnt alive ] the number of Irish who died is indeed around 5.5 million ; Not the 1 million or 1.5 million that is the mal-informed number by cosy-shop historians within Ireland & the British Isles.

Very relevant to a great many British of the various classes below the upper class is this matter since they are descendants of Irish who narrowly escaped perishing when in Ireland or when they were in Britain.

But, such is the contempt for truthful apology by the British intelligentsia for what was done to Ireland by Britain's rule that the ordinary folk are not encouraged to explore this issue.

Decent exploration of it should put in sharp perspective what we are dealing with.