The BBC's Terry Wogan knew about Jimmy Savile's child abuse activities but kept quiet until after the story had been revealed by the media.

Wogan Comes Out Of The Savile Closet. 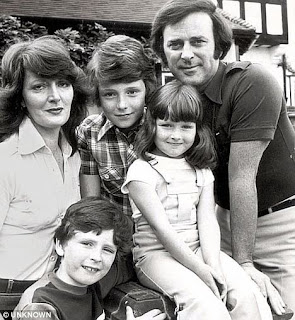 Wogan in 1978 with wife Helen and their children Mark (front), Katherine and Alan dailymail.

Wogan interviewed the 'conspiracy theorist' David Icke and told David "they're not laughing with you, they're laughing at you."

Wogan appears to have worked with the Powers-That-Be.

"Let's not forget that BBC's Joanne Leslie Ball, designer of (Children in Need's) Pudsey Bear, was a friend and business associate of spanker Harvey Proctor?" 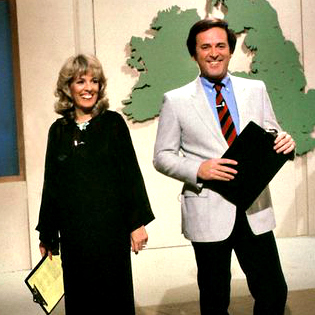 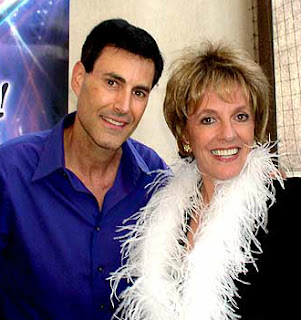 Wogan and Rantzen were both acquainted with Yuri Geller. 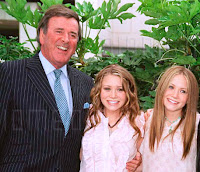 Above, we see Wogan with the Olsen Twins.

In April 2013, Wogan attended the funeral of Baroness Thatcher after being personally invited by her family.[66] 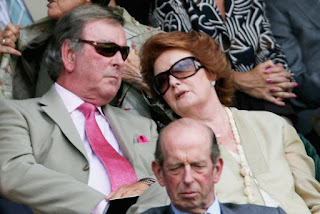 Above, we see Wogan sitting behind the Duke of Kent. 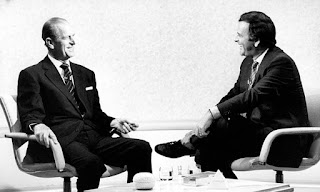 Wogan and the Duke of Edinburgh.