...
Mom accused of child abuse hauls seven kids to Oregon to perform for the armed militants. Look at the children's facial expressions. Start at 37 seconds.

The Hammonds are the Child-Abusing arsonists who inspired the Oregon militia standoff.


The Hammonds' nephew D.H. told a sheriff's deputy about several times that he says he was abused.

In one incident, Steven Hammond allegedly punched D.H. hard enough to knock him to the ground and "took D.H.'s face and rubbed it into the gravel" 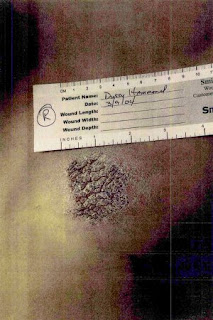 The photo is of Dusty Hammond, nephew of rancher Steve Hammond and grandson of rancher Dwight Hammond.

"Steven and Dwight Hammond, the inspiration for the 'militia' occupying an Oregon federal building, allegedly took sandpaper to their nephew's chest.

"A photo of a teenage boy with two bizarre wounds on his chest suggests that child abuser might be a better description than hero for the two ranchers in whose name so-called militia members have taken over a federal building in Oregon.

"'Raising kids is like raising cows or dogs,' one of the ranchers is quoted as saying in a police report to which the photo is attached." 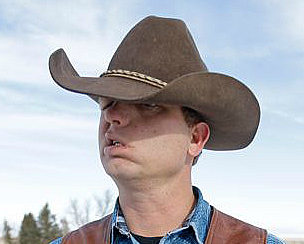 On 26 January 2016, the FBI confronted members of the militant group that since early this month has occupied the Malheur National Wildlife Refuge.

The authorities took the group leader Ammon Bundy and his brother Ryan into custody. 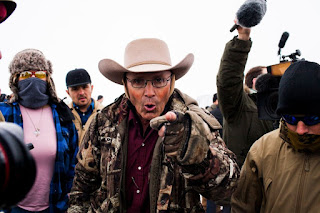 Finicum's 'main source of income' is money earned from being a foster parent, for Catholic children.

More than 50 boys - including from mental hospitals and drug rehab programs - have stayed at his family ranch in Arizona over the past decade.

Finicum has used the boys as free labour on his ranch.

Since then, Catholic Charities has increased payments for foster care significantly, but it does not itemize the dollar amount the Finicums were paid in subsequent years.

Cliven Bundy, father of Ammon and Ryan Bundy, has had the support of Americans For Prosperity, which is largely funded by the Koch brothers.

"Fritz Springmeier in his 'Bloodlines of the Illuminati' identifies the Bundy family as one of the original 13 Illuminati bloodlines.

Fritz Springmeier provides "evidence of the notorious serial rapist and murderer Ted Bundy who actually joined the Church of the Latter Day Saints in 1975 and was posthumously baptized in an 'endowment' ceremony on May 2008."

Rancher Cliven Bundy, from Nevada, is a bit of a Nazi and so he has had the support of Fox News, many Republicans and certain bloggers.

Civen Bundy is a Nazi because he says that Negroes would be "better off as slaves."

"I want to tell you one more thing I know about the Negro," Bundy said, as he recalled seeing a group of old people and children, "They didn't have nothing to do. 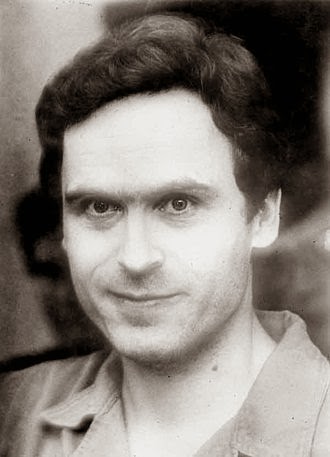 Cliven Bundy said: "My forefathers have been up and down the Virgin Valley here ever since 1877. All these rights that I claim, have been created through pre-emptive rights and beneficial use of the forage and the water and the access and range improvements."