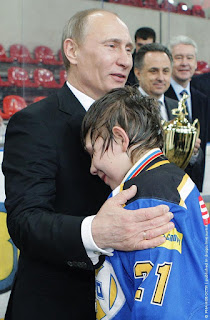 Vladimir Putin was furious when, in 2006, one of his former spies, Alexander Litvinenko, publicly called him a boy-lover.

Czar Alexander II is famous for selling Alaska to the United States and for abolishing serfdom.

Alexander, encouraged by his courtiers, also had an affair with Katya's sister Marie. 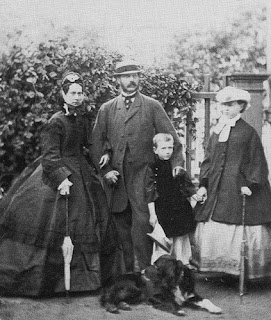 Members of the Russian elite were often bisexual.


Czar Alexander I was in love with Prince Peter Volkonsky. 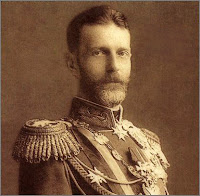 Grand Duke Sergei would appear with his male lover at official functions and at the theatre and opera.

Prince Vladimir Meshchersky had an affair with a bugle boy from the imperial marching band in the late 1880s.

Zinoviev wrote to Lenin, who was in Finland:

"You can be absolutely sure of my feelings towards you... Believe me, I never touched a man or woman and I will not. Only you are near me."

Zinoviev writes again after a week:

"I have prepared a place for us...

"It's a wonderful house... Nobody can stop our love... No one can understand our feelings. Come quickly. You wait, my flower. Yours, Ghersele ".

When Alla Nazimova left Russia, she moved to Hollywood "and became the prototype of the exotic screen vamp."

Nazimova reportedly coined the phrase "Sewing circles" as code to refer to lesbian or bisexual actresses of her day who concealed their true sexuality.[14]

Prince Yusupov was best known for taking part in the assassination of Grigori Rasputin.

He describes in his autobiography often spending time with Gypsy bands and adopting female clothing.

"He was a known bisexual and transvestite, and some have asserted that he and Grand Duke Dmitri were lovers as well as fellows in the murder of Rasputin.

"Prince Felix Yusupov claimed to have seduced King Edward VII of England while in drag."

Sergei Diaghilev, who founded the Ballets Russes, had a relationship with the dancer Vaslav Nijinsky, among others.

For many ballet lovers, the male dancer has now become a centre of attraction.

Diaghilev worked closely with a number of gay men, including Picasso and Jean Cocteau.

Sergei Eisenstein's diaries contain accounts of his infatuations with many young men, including his assistant, Grigori Alexandrov.

His drawings include many illustrations of homosexual activity.

Ivan IV (The Terrible,1533-84) was the first ruler to be crowned tsar of all Russia.

He liked men in women's clothes.

One of his lieutenants, Feodor Basmanov, rose to power by performing seductive dances in women's clothes in Ivan's court.

"The Russian nobleman Feodor Basmanov was almost certainly a sometime lover of the tsar as well, according to three accounts from the time along with numerous later references.

"Which wouldn’t be surprising because the Muscovites for several centuries up until the 1700s had a reputation for being quite accepting of homosexuality, which shocked those visiting Russia from other parts of Europe."

"Gogol wrote a series of amorous letters to Vysotsky...

"It was in Italy that Gogol's repressed sexuality found an outlet. Gogol eventually settled in Rome, where he lived until 1848.

"While in Rome he had an open relationship with the Count Iosif Vielhorsky...

"Gogol then fell in love with the poet Nikolai Yazykov..."

Tchaikovsky's letters and diaries reveal that Tchaikovsky was gay.

Tchaikovsky had 'intimate relationships' with his servant Aleksey Sofronov and his nephew, Vladimir Davydov.

Tchaikovsky, after falling in love with his nephew, dedicated Symphonie Pathetique to him.

Bakst was a gay Russian painter and scene and costume designer.

Sophia Parnok was a gay/lesbian children's author and poet.

She met the young poet Marina Tsvetaeva, with whom she became involved in a passionate love affair that left important imprints on the poetry of both women.

Romain de Tirtoff was a gay Russian-born artist and designer.

The gay Russian Léonide Massine was Europe's leading dancer and choreographer of the 1920's and 1930's.

Painting of Giovanni by Pavel Tchelitchew

Boris Kochno slept with many of the great artists of the 20th century, including Cole Porter. 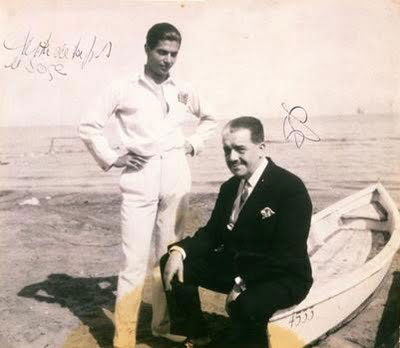 The gay Russian Serge Lifar became the ballet master and director at the Paris Opera Ballet.

"His open socializing with the German High Command during the Occupation of Paris, he claimed, was related to his work as an undercover agent."

Nureyev tested positive for HIV in 1984.

Michael Lucas, a Russian, worked with the director Jean-Daniel Cadinot in gay films.

He then set up his own production company in New York.

Alexander Kargaltsev is another gay Russian film maker who has left Russia and come to live in the USA.