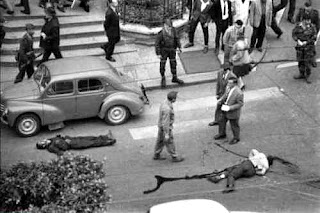 The French government, after the fall of King Louis XVI, invented the word 'terrorism' to describe its own activities in killing its opponents.


In February 1894, Frenchman Emile Henry tossed a bomb into a Paris restaurant. Parisian members of the Cagoule at a party celebrating the terrorist organisation's activities, December 3rd, 1937

Between 1935 and 1937, La Cagoule (France's fascist Comité Secret d’Action Révolutionnaire) carried out assassinations, bombings, sabotage of armaments, and other violent activities, "some intended to cast suspicion on communists and add to political instability." 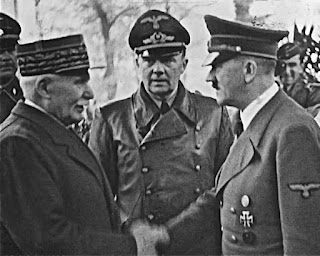 In 1943, France's fascist Vichy regime founded the Milice, a terrorist force which hunted down and killed opponents.

In 1961, "unarmed Algerian Muslims demonstrating in central Paris against a discriminatory curfew were beaten, shot, garotted and even drowned by police and special troops.

"Thousands were rounded up and taken to detention centers around the city and the prefecture of police, where there were more beatings and killings.

"How many died? No one seems to know for sure, even now. Probably around 200." 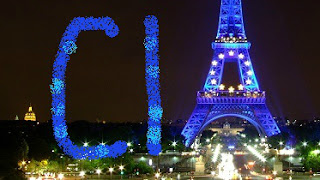 From the 1950s onwards there was trouble in the French colony of Algeria.

The CIA is said to have helped create the OAS.

"The OSA grew out of NATO's 'stay behind' paramilitary groups, known collectively as Operation Gladio." 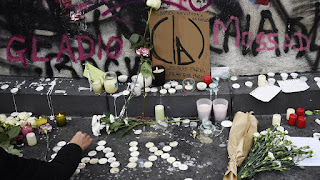 "In March 1962, over 100 bombs a day were detonated by the OAS ... with targets including hospitals and schools."

The OAS "engaged in indiscriminate killing sprees - against cleaning-ladies on 5 May; on 15 March 1962 - against six inspectors of the National Education Ministry.."

After France decided to withdraw from Algeria, the OAS committed terrorist atrocities in France. 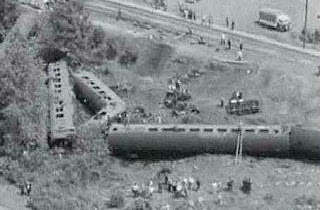 In 1961 the OAS planted a bomb on the Paris-Strasbourg train line, derailing a train and killing 28 people.

The 1961 train bombing was designed to prevent De Gaulle from signing the Evian accords that ended the France-Algeria war. 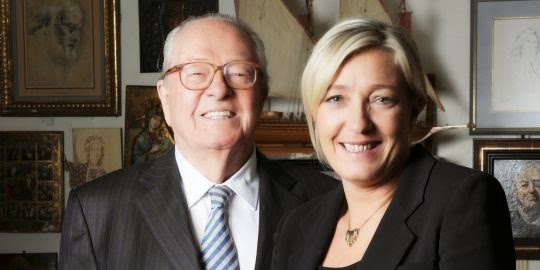 Jean-Marie Le Pen (above left), the founder of France's Front National party, says that the Charlie Hebdo attacks may have been the work of certain Western intelligence services.

Jean-Marie Le Pen says that the attack could have been the work of American or Israeli agents trying to start a civil war between Islam and the West.

There is a French link to Klaus Barbie.

Klaus Barbie was head of the Gestapo in Lyon in France.

He tortured  and sexually abused children.

He was recruited by the CIA who eventually took him to Bolivia to help run the brutal pro-CIA narco-state.

Barbie became a key figure in the CIA's running of the trade in cocaine.

According to American journalist Peter McFarren: Barbie "played a decisive role in the growth of the cocaine trade in Bolivia, Peru and Columbia.

"He was the liaison between these kings of cocaine and the government, military and mercenaries." 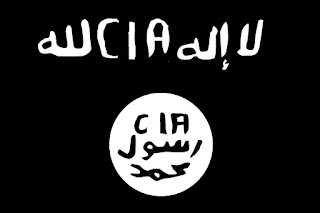